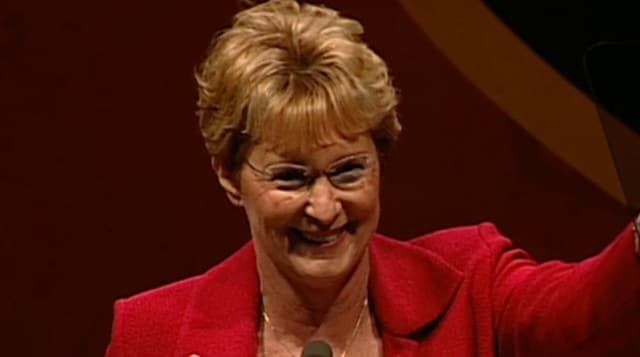 In addition to now being a Ruger board member, Froman has served the honorary role of president of the National Rifle Association and has been on the NRA board of directors since 1992.

She took over the role of NRA president in 2005, after serving as the organization’s vice president for seven years and under the lobby’s iconic leader Charlton Heston.

During her stint in senior NRA positions, she represented the lobby at a number of international events such as the United Nations, but she also focused on three main goals. First, the promotion concealed carry of firearms in public, second to get politically conservative judges appointed in the courts system, and the success of the NRA.

Looking through past comments, many of her statements reflect the NRA’s longtime attitude and perception of its role in the shaping of public policy.

In a 2005 profile piece by an Arizona law magazine, she was quoted explaining her focus as a key role within the NRA. “I want to continue to get our message out there about how important the Second Amendment is to the preservation of all our freedom,” she said.

“Yes, the NRA has changed its position. And the reason its changed its position is because the system doesn’t work. The NICS system is not working now. We have to get that working before we can add any more checks to that system. It’s already overburdened,” she said. “Let’s get it working. Let’s make sure the 23 states that aren’t reporting the names of people who are mentally ill and have violent tendencies, let’s get those reported and into the system and then we can take a look.”

California born, she earned her undergraduate degree in economics from Stanford University and a law degree from Harvard Law. She has practiced law in California and Arizona, where she now resides.