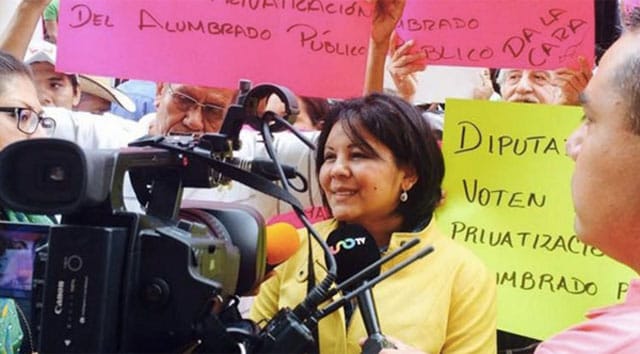 The recently appointed mayor of the Mexican town which she vowed to release from the clutches of organized crime was shot and killed at her home Saturday morning, the day after taking office as mayor of Temixco.

Gisela Mota, 33, was one of nearly 100 public servants who have been killed in crimes relating to the country’s drug trade over the past ten years. All three suspects responsible for Mota’s death are in custody and Morelos’ state prosecutor, Javier Pérez Durón, confirmed the trio would face “the full weight of the law” for Mota’s murder.

One of the suspects apparently told authorities that he was paid 500,00 Mexican pesos – equivalent to about $29,000 – to kill Mota, who promised to “combat organized crime frontally and directly.” The suspects were said to be appointed to the deadly task by the gang Los Rojos, “the Reds,” who have have been engaged in a bloody turf war.

Roman Catholic Bishop Ramon Castro spoke at a Sunday memorial mass in Temixco, saying that he hopes Mota’s death will bring more attention to the problem at hand.

“I’m no expert, but the only thing I see is that various communities here are in the hands of organized crime — I’ve been saying that for a while, and begging, and no one has been able to do anything,” Castro said.