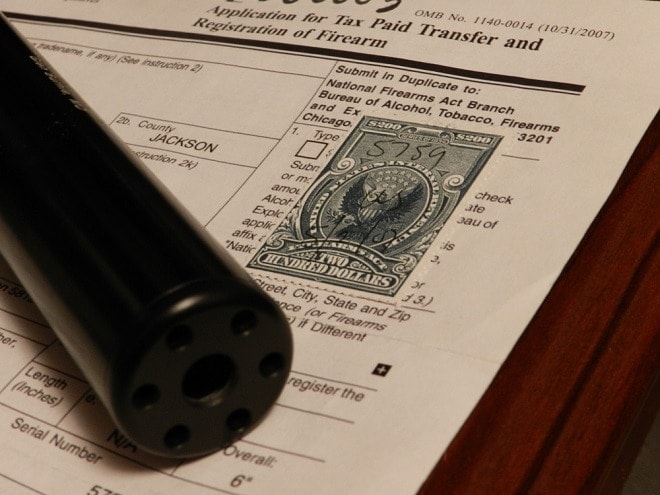 The days of getting a local police chief or sheriff to certify an application for suppressor or other NFA item are coming to an end. (Photo: Chris Eger/Guns.com)

As part of a long-promised toughening of rules on guns, the Obama Administration is lifting the requirement for Chief Law Enforcement Officer certifications.

The updated rule, signed by U. S. Attorney Gen. Loretta Lynch and announced late Monday, is the final version of controversial ATF 41P, the Notice of Proposed Rulemaking (NPRM) originally published in 2013. The change comes as part of the President’s renewed push to curb gun violence announced this week.

In its earlier format, the Bureau of Alcohol, Tobacco, Firearms, and Explosives proposed 41P to require all transfers of items covered by the National Firearms Act such as suppressors, machine guns and short barreled rifles/shotguns to undergo a certification by the CLEO in their area — even for transfers to legal trusts. Current regulations require individuals, but not trusts or legal entities, to obtain CLEO certification before making or receiving an NFA item.

This, warned firearms industry groups and NFA item advocates, could have resulted in de facto bans on NFA items for those who lived in areas where local police chiefs and sheriffs declined to process applications. This led to a series of “shall-sign” laws being passed across the nation mandating that, as long as an applicant was not prohibited from possessing a firearm, the local CLEO had to sign off on their application within a certain period.

Now, once the new rule takes effect in 180 days — approximately the week of Independence Day 2016 — those deemed “responsible persons” submitting an NFA trust will have to provide photos and fingerprint cards along with the application and while all, both trusts and individuals, will have to notify an “appropriate State or local official” of their application, the local CLEO will no longer sign off on the forms.

The new rule will not apply to pending applications, and trusts that have had an application approved within the past two years and has had no change in structure will not have to undergo the fingerprinting or identification process.

The Department of Justice contends the notification process, in place of certification, will help improve the antiquated NFA application morass while positively identifying those associated with trusts will keep guns out of the hands of those who shouldn’t have them.

“These provisions have public safety benefits because they will enable ATF to better ensure that the approximately 231,658 responsible persons within trusts and legal entities-an estimate based on the number of NFA applications processed by trusts or legal entities in calendar year 2014 multiplied by an average of two responsible persons per trust or legal entity-applying to make or receive NFA firearms each year are not prohibited from possessing or receiving such firearms,” reads the rule.

In addition, the rule specifies that later transfer of an NFA item to a beneficiary as part of an estate may be made on a tax-exempt basis.

Suppressor industry advocates welcomed the news that CLEO certification, first implemented in the administration of President Franklin Roosevelt, will soon be history.

“For the first time in 82 years, local law enforcement will no longer have de facto veto power over any NFA applications,” said Knox Williams, president and executive director of the American Suppressor Association in a statement to Guns.com.

“While their inclusion in the process made sense in 1934, before background checks, or even computers existed, the removal of this antiquated measure from the NFA process is a major victory for the suppressor and NFA communities,” he said.

Likewise, the National Shooting Sports Foundation, who along with others helped deliver 9,500 comments on the ATF on 41P, greeted the removal of sign-off process.

“We are pleased ATF heeded our suggestion in our comment letter and did away with the unnecessary and duplicative CLEO certification,” Larry Keane, NSSF senior vice president, assistant secretary, and general counsel told Guns.com Tuesday.

Further, gun rights and industry groups feel suppressors should be removed entirely from the NFA and back legislation, such as the Hearing Protection Act introduced last October, to effect such change.