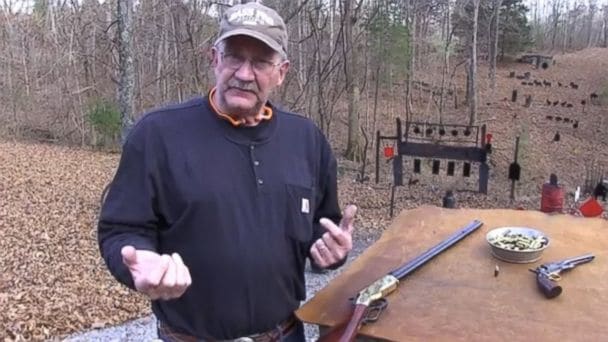 Hickok45, whose real name is Greg Kinman, at his backyard range. He produces his videos with his son.

Youtube star Hickok45, known for his colloquial attitude as he shoots an array of firearms at his backyard range, had his channel shutdown Tuesday night for violating Google’s policies, but it was restored just after lunchtime on Wednesday.

“It was a long scary morning. I really don’t know what I’d do if I were not able to inflict lame humor upon millions of shooting enthusiasts every week!” said Hickok45, operated by Greg Kinman, in a post on Facebook. “Life is fragile, especially ‘virtual’ life.”

Hickok45 issued a statement Wednesday morning that explained the brief termination was sparked because of issues with Google+, a type of networking functionality attached to gmail and YouTube accounts.

“Apparently, Google + is more sensitive about firearms related postings and such. I never use Google+ and did not even realize the videos were being posted over there, I guess,” he said.

The cancellation spawned the hashtag #FreeHickok45 on social media to support the YouTube star. A host of other YouTube personalities in the gun world expressed outrage on the company’s decision to terminate the account.

The exact policies violated are unclear as details are not made public and are only accessible to the account holder.