NC pastor talks down man who enters service with a gun 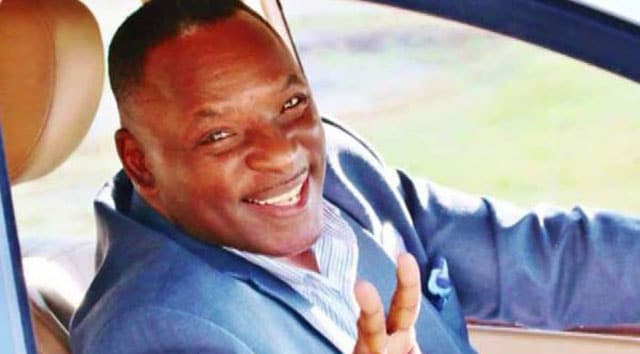 Pastor Larry Wright, who is also a city council member, kept his cool while talking with the gunman. (Photo: WSMV)

A New Year’s Eve service at a Fayetteville, North Carolina, church was interrupted by a man with a rifle and ill intentions, but thanks to the brave actions of the pastor who confronted and talked with him, the service had a peaceful ending.

The man walked into the church around 11:30 p.m., holding a rifle in the air. Pastor Larry Wright, who was in the middle of a sermon, paused, stepped down from the podium, walked up to the man and asked if he could help him, the NBC affiliate WSMV reported.

“He said, ‘I came here with some terrible things on my mind. I was going to do some bad things,’” Wright recalled, but that is not what happened.

Wright said the feeling of panic was thick in the church, with some members screaming and others already going for the door. Church member Janice Johnson was there with her granddaughter and described the terrifying moments.

“I was very scared,” she said. “I had my granddaughter with me, and I just automatically grabbed her and braced her head so if any bullets would fly, I’d get the bullets, and not my granddaughter.”

But no bullets flew. Wright stayed and talked with the man, who was a veteran and recently released from prison. He explained he had been hurt by the church in the past and just needed prayers, so Wright calmly took the gun from him, then called other church members over to pray with the man.

“When I told the congregation, ‘It’s okay, he wants prayer,’ and I began to pray for him, and the power of God hit, and he fell to his knees and began to cry and weep, and he had his face on the ground,” Wright said.

The man then stayed for the remainder of the service, apologized to the congregation and professed his faith in Christ before leaving. Although police led the man away, he was not charged but rather taken to a mental health facility for treatment.

“God stepped in and he moved on that young man’s heart, and instead of him shooting and killing a whole lot of people, God touched his heart,” Wright said.