Social Security may strip gun rights from 75,000 beneficiaries per year 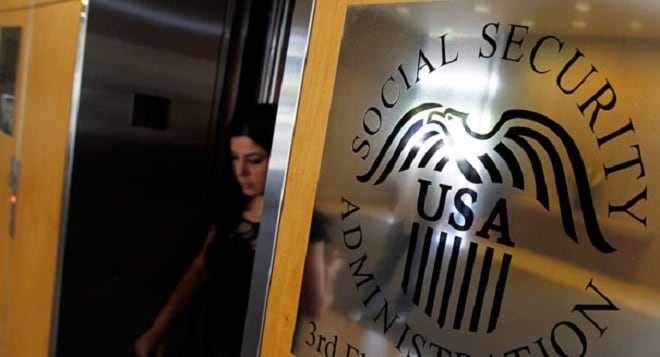 The SSA is moving forward with a plan that could see thousands of beneficiaries reported to the FBI’s National Instant Criminal Background Check System as prohibited firearms possessors. (Photo: Buffalo.edu)

As part of the new executive orders released this week by the White House, the Social Security Administration will move to restrict some recipients from owning firearms.

First broached last July in what the National Rifle Association is calling the “largest gun grab in American history,” President Obama gave the green light this week for the SSA to advance a rulemaking process by which certain individuals receiving benefits would be reported to the FBI’s National Instant Criminal Background Check System, the database Federal Firearms Licensees use to determine whether a prospective buyer is eligible to buy firearms and/or explosives. This would effectively make them a prohibited firearms possessor.

“The reporting that SSA, in consultation with the Department of Justice, is expected to require will cover appropriate records of the approximately 75,000 people each year who have a documented mental health issue, receive disability benefits, and are unable to manage those benefits because of their mental impairment, or who have been found by a state or federal court to be legally incompetent,” reads a fact sheet released Monday by the White House to accompany the President’s remarks on Tuesday.

The new rule will include a provision for those who have been reported to have their rights reinstated while concerns over Health Insurance Portability and Accountability Act of 1996 (HIPAA) violations of releasing some personal medical information to NICS was alleviated by a new rule published this week by the Department of Health and Human Services, which also removes barriers that some states raise in refusing to provide mental health records to the background system.

One way the Social Security Administration will determine who falls into that category is by looking at beneficiaries who have their monthly payments handled by someone else, termed a representative payee, that the NRA contends could affect millions of individuals.

“According to a former SSA attorney we interviewed about the process, beneficiaries themselves usually initiate the representative payee process as a matter of convenience,” said the NRA’s Institute for Legislative Action in a release last September.

“With many beneficiaries living in remote areas or having conditions that limit their mobility, they often need help with chores like banking and shopping,” the statement continues. “The attorney indicated that the assignment of a representative payee is almost always a cooperative process that involves no third-party adjudicator and has no necessary connection to a person’s propensity for dangerous or violent behavior.”

The Veterans Administration has used the same process to deny gun ownership to some 177,000 vets deemed mentally incompetent since the creation of the federal background check system some 17 years ago, the Los Angeles Times reported.

Guns.com has contacted the SSA’s press office for further insight into the proposed rulemaking procedure. Meanwhile, GOP lawmakers in Congress are seeking to create legislative roadblocks to the agency’s reporting while cautioning its leadership.

“Providing information on individuals who have a representative payee to the NICS is a broad overreach of authority and violates beneficiaries’ constitutional rights,” reads a letter sent by 19 powerful House Republicans to Carolyn Colvin, the acting commissioner of Social Security, last July. “This policy runs counter to the aims of the Americans with Disabilities Act (ADA) – the 25th anniversary of which we will celebrate this week – and would stigmatize seniors and people with disabilities and isolate them from society at large.”