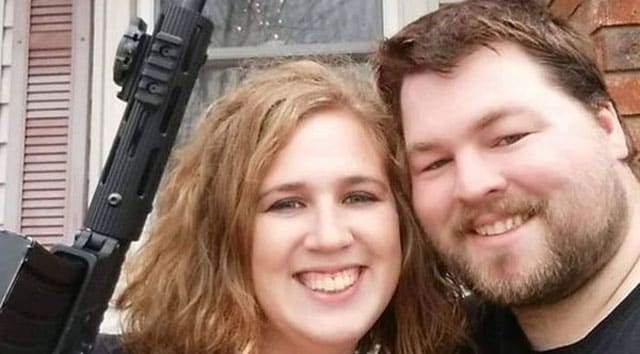 “Our Second Amendment right to carry is what saved our lives,” said Katie Claxton. “If we didn’t have our right to carry, I feel like we wouldn’t be here today.” (Photo: Springfield News-Leader)

A Missouri father protected his wife and four children from a man who approached them wielding a large knife at a Springfield gas station Sunday evening, and the man’s wife was quick to say that it was their Second Amendment rights that saved their lives.

Katie Claxton and her four children were sitting in their vehicle while her husband was pumping gas around 8 p.m. Claxton told the Springfield News-Leader that she saw the man approaching their vehicle and went to lock the door, but she accidentally hit the wrong button and rolled down the window instead.

The man, who was armed with a knife Claxton described as looking like a machete, leaned into the vehicle. Claxton then yelled for her husband to get his gun.

“He said, ‘You’re lucky he has a gun,'” Claxton said. “And then he shut the door and started to back away.”

Claxton’s husband, Matt, called 911 as he brandished his Beretta, then got back into his vehicle and followed the man. The couple said the suspect unsuccessfully tried to get into other vehicles at an intersection before officers arrived on the scene. 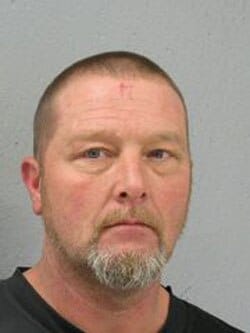 The man, who was later identified as 42-year-old David Middleton, was arrested. He told the police he was paranoid and approached the Claxton family’s vehicle because he thought they were sent by his cousin to do surveillance on him.

Middleton said he only aimed to tell the family to stop following him and he tried to get into the other vehicles because he was concerned after Claxton pointed a gun at him.

Claxton said she was pleased with the police officers who responded to the incident and described them as “amazing,” but in the end she was happy her husband was able to protect them before the police arrived and no one was harmed.