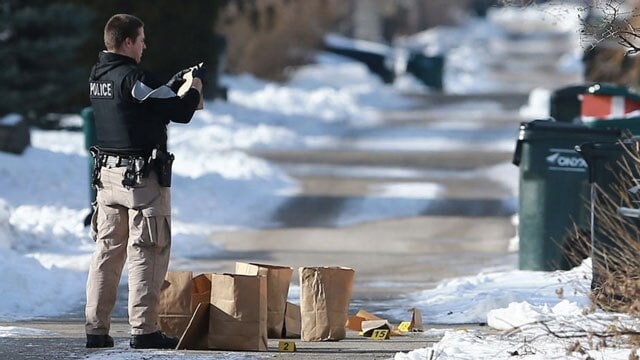 A 38-year-old man is dead following an altercation with authorities in Zion, Illinois, Monday morning about a block from two schools.

Lake County authorities were called to the area around 8:30 a.m. to investigate reports about a man hanging around near the schools and taking photographs, the Chicago Tribune reported. When officers arrived on the scene, they discovered what appeared to be a man wearing body armor and carrying a gun.

According to the Zion Police Department and the Lake County Major Crime Task Force, once officers located the suspect, a foot pursuit ensued. A struggle followed the foot pursuit and during this time, the suspect was shot multiple times. Sheriff’s Detective Christopher Covelli said the officers first attempted to use a Taser to subdue the man, but due to his thick clothing, it was unsuccessful.

A woman who lives nearby but did not wish to be identified heard the gunshots and said when she looked outside she saw the officers administering CPR to the man. When paramedics arrived, the man was transported to a local hospital, but despite efforts to save him, he died. Police did not identify the man and only described him as a 38-year-old white male. Authorities did not indicate how many times the man was shot or where his injuries were. An autopsy was due to be performed Thursday. 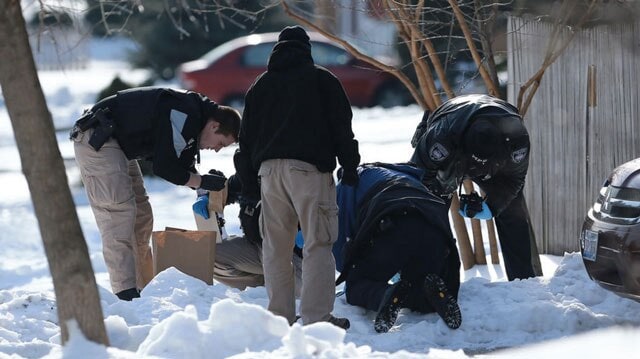 Investigators gather evidence at the scene where the man was shot and killed. (Photo: Chicago Tribune)

Two officers involved in the pursuit were treated for minor injuries and released. Both men, who also were not publicly identified, have been placed on administrative leave while the shooting remains under investigation, as is standard protocol.

Authorities confirmed that the vest worn by the man was homemade with metal inserts and the gun he carried was an Airsoft BB gun. Police also obtained a warrant to search the man’s home.

The incident resulted in the cancellation of afternoon classes at one nearby school and lockdown at two other schools until around noon.