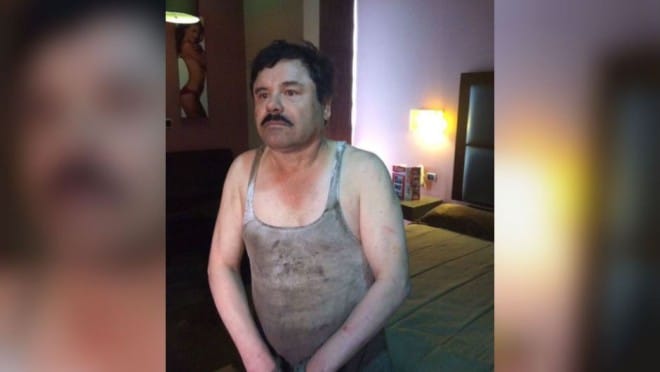 “Fear me, fore I am the great El Chapo,” who looks like he needs a Rambo-style fire-hose shower. Guess he skipped arm day, too. (Photo: Plaza de Armas)

Picked up by elements of the Federal Police and the Navy at a motel in the Sierra Madre town of Los Mochis, Sinaloa, Guzman did not go down without a fight. It was reported by the Mexican Navy that they had to crack a few eggs to make an omelet; killing five assailants and arresting six others after an intense firefight.

One Marine was injured.

Despite Mexico’s pretty strict ban on what are termed military-grade weapons “for the exclusive use of the armed forces,” the Marines found four vehicles (two of which were armored), eight rifles, one handgun and an RPG with two rockets. 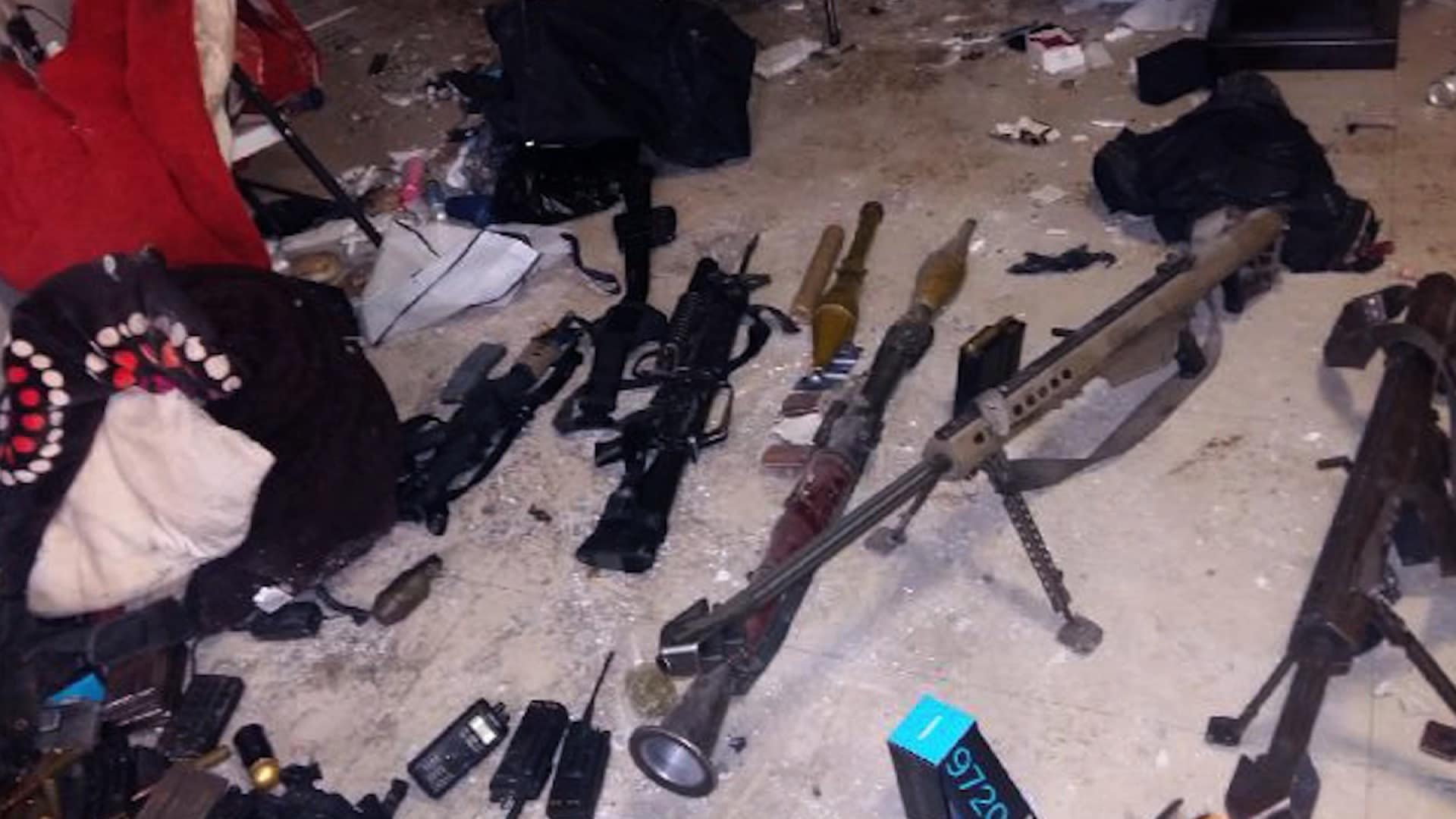 El Chapo’s goon squad was able to lay down some hate on Mexican Marines, but in the end got most of them got the hard goodbye. Cue Democrats in the U.S. calling to ban .50 cals in 3…2…1.. (Photo: Secretaria de Marina)

Apparently El Chapo, who released himself from prison last July on his own progressive probation and parole program, didn’t get the memo.

Taking a look at the gear, there are a couple of .50 cals, a random 40mm grenade, the aforementioned RPG, an M16/M203 and some scattered odds and ends to include what look like some mags for an HK G3 (which is standard Mexican military issue, so that kinda makes sense).

The DEA congratulated the hard work of the Mexican government via Twitter but did not comment on the outstanding $8 milly Uncle Sam has on his head.

Irregardless, U.S. officials can sort that out shortly as they will likely be meeting with El Needs a Bath soon, as Mexico has promised to extradite him up north should he ever be captured again.