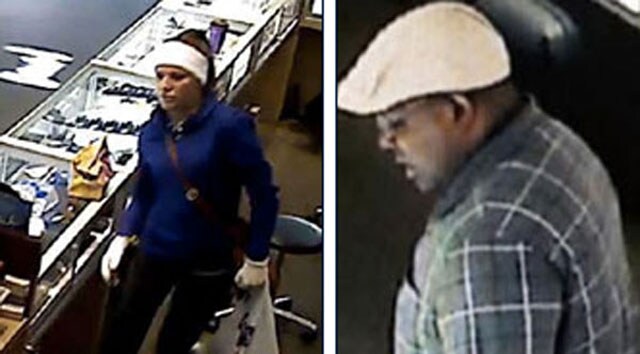 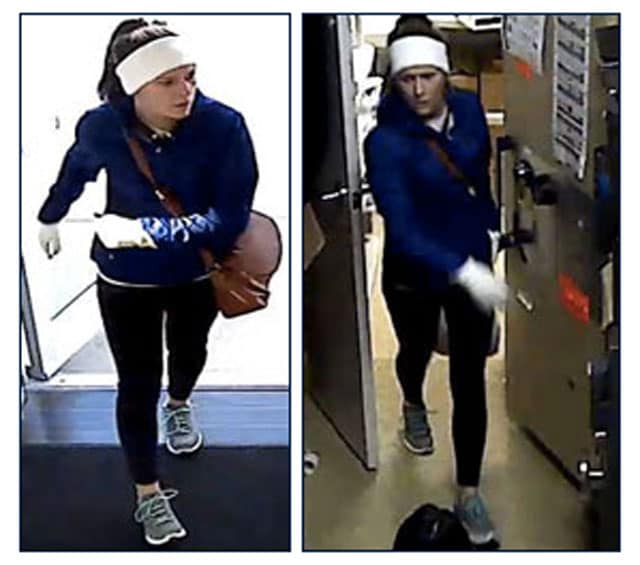 Along with state and local law enforcement, the Federal Bureau of Investigation is looking to identify and capture two suspects wanted for jewelry store robberies across at least five states, the most recent occurring Monday in Mebane, North Carolina.

The couple, who authorities say should be considered armed and dangerous, is accused of robbing multiple jewelry stores at gunpoint in Florida, Georgia, South Carolina, Tennessee, and North Carolina.

The female suspect is described as being in her late 20s or early 30s. She stands approximately 5’8” tall, weighs about 130 pounds, and appears ready to head to the gym. The male suspect, whose side profile has a striking resemblance to that of Forest Whitaker, is said to be in his late 30s or early 40s, about 6’0” tall and around 250 pounds.

According to authorities, the couple has used a variety of vehicles when making their escapes.