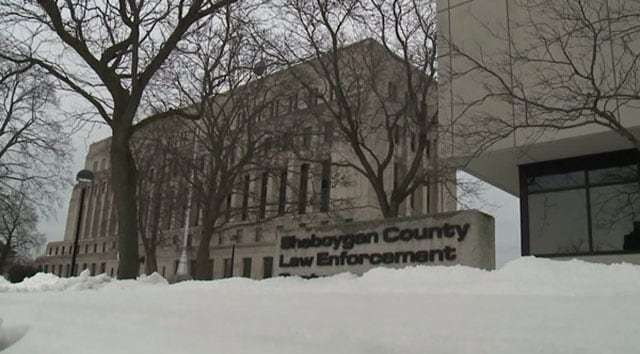 Some residents in Sheboygan County were shocked to learn that a radio technician for the county law enforcement is a convicted killer who served more than a decade in prison, but the sheriff is defending his decision to hire the man.

Rafael George Macias was convicted of killing and dismembering his live-in girlfriend, Julia Adams, in 1977 in Forth Worth. According to local media reports, after Macias strangled Adams, he left her body in a closet overnight. He then placed her in a bathtub the following day and proceeded to use a hacksaw to cut up her body. Macias then stuffed Adams’ dismembered body into an Air Force packing crate and dumped it. Adams’ body was discovered some time later after Macias reported her missing.

Macias, who was an airman at Cardwell Air Force Base, and Adams were both 20 years old at the time. He later said his actions were fueled by jealousy and he took Adams’ life in a “fit of rage.”

Macias was soon arrested, charged and convicted for Adams’ gruesome murder. He was sentenced to 40 years in prison, but after given credit for good behavior, was released after serving 13 years.

While in prison, Macias earned an associates degree as a radio technician and once he was released in 1990, landed a job with a radio manufacturer. Macias later got another job with a company that did contract work servicing police radios for Sheboygan County law enforcement. The company, which is no longer in business, did not require background checks on their employees, so nobody knew of Macias’ prior conviction at the time.

For 10 years, Macias continued doing contract work servicing the police radios, and when Todd Priebe became Sheboygan County Sheriff in 2011, the newly-elected sheriff saw the chance to save the county some $100,000 a year by hiring Macias as a full-time employee. Macias was apparently upfront with Priebe about his prior conviction, but Priebe didn’t ask for the details.

“I’m not going to throw him under the bus. I take responsibility for bringing him on,” Priebe said in a recent interview with the Journal Sentinel. “If I had known the gruesome details, I may not have taken him on, but what he brings to our agency is nothing but positive.”

However, Priebe learned of the gruesome details about six months ago, but Priebe said that after more than a decade of service, Macias had already proved his worth – and trustworthiness.

“At no time do I want anybody to be led to believe that I condone what he did. I don’t condone any of that,” Priebe said. “It’s horrible. I can’t imagine. It’s just horrific. But at the same time, I think he’s very, very grateful that he’s been given a second chance. He wants to prove to himself and others his wasn’t a wasted life.”

Macias, who is now 59 years old, talked with the Journal Sentinel this week and assured he is not the same man he was nearly 40 years ago.

“There isn’t a day I don’t regret it. There’s no excuse,” Macias said. “You just learn with experience, learn with age that life is short and life is precious.”

Macias also said he looks at his job as a way of paying back society.

“I’m still paying it back by using my skills to maintain the radio system that protects the public,” he said.

Still, some have showed concern over his past, but the overwhelming majority of those who work with him, support him.

Should Macias be allowed to work for the sheriff’s office after serving his time in prison, or should his prior conviction keep him from holding such a position? Share your thoughts below.