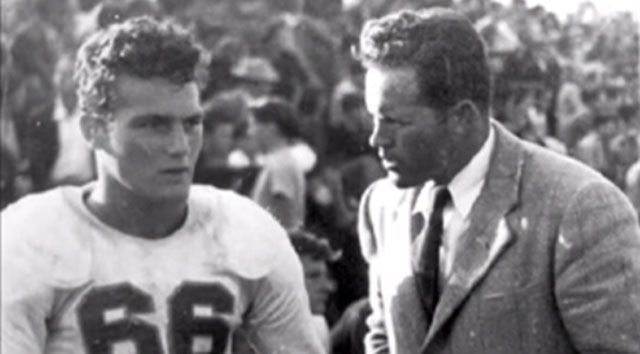 An elderly man used a .38 Special to hold an intruder at bay after he found the man near-sleeping in a spare room of his Hawthorne, California, home last week.

Jim Chadwick, who turned 90 years old in October, said he woke up around 3 a.m. on Jan. 6 to see a shadowy figure walking down the hall toward his 89-year-old wife’s bedroom. Chadwick, who normally uses a walker to get around but somehow managed without that morning, got up, went to his gun case, retrieved his revolver and loaded it in the dark. Chadwick then walked to his wife’s bedroom, to ensure that she was safe.

“She was okay, asleep,” Chadwick recalled in an interview with the Daily Breeze. “I walked into another back bedroom that we have that’s vacant, and there was an individual lying on a twin bed in there.”

Chadwick said the intruder, who was nearly asleep, sat up on the bed, then began to move toward him.

“I said, ‘Don’t move. I’m going to fire.’ So I fired into the wall just to let him know the gun was loaded,” Chadwick said.

The man then sat back and Chadwick woke a live-in caretaker to call 911. Chadwick held the man at gunpoint until police arrived soon thereafter.

Police said the man gained access to the home through a sliding glass door that was left unlocked. He also left a pair of shoes, which Chadwick said were soaking wet, in another bedroom. 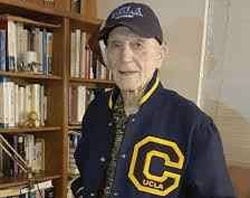 According to investigators, it did not appear that the intruder was there for a burglary, as no items were taken, but it’s unclear why he was in the home. Chadwick speculated he could have been a homeless guy just looking for a place to sleep, while authorities indicated he may have been intoxicated and simply entered the wrong house.

Either way, no one was injured, and Chadwick said he was thankful he didn’t have to shoot the intruder.

“A human life is worth too much to just go shooting someone,” he said.

Chadwick’s family, who said the elderly man still has a lot of life left in him, was amazed he was able to make his way through the house, in the dark, without his walker.