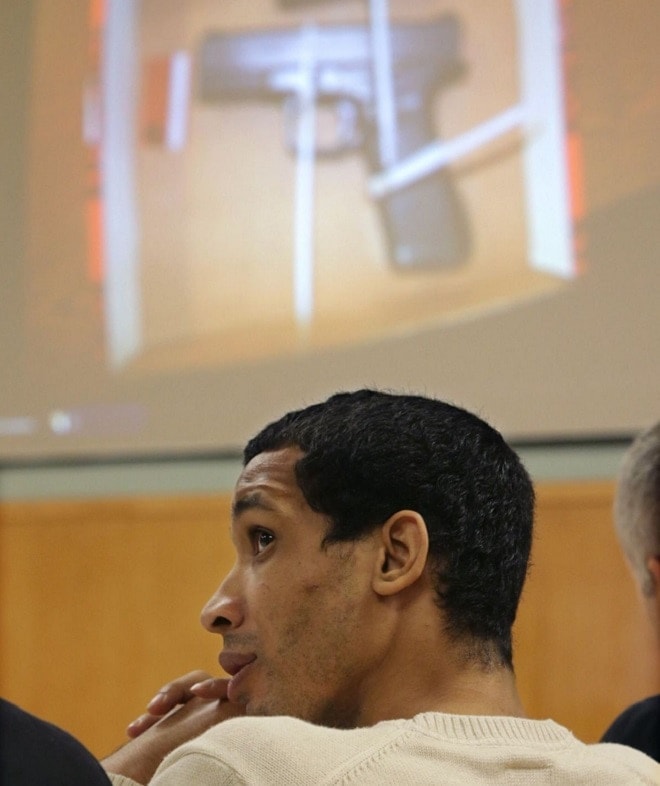 The gun used in the murder trial this month of Michael Martinez in Billings, Montana has been linked to a federal agent who had the firearm stolen from his vehicle. (Photo: Casey Page/Billings Gazette)

Authorities confirm the personal handgun of a Bureau of Indian Affairs agent, stolen from his agency vehicle, was used in the murder of a Billings man.

The Glock 17, entered as evidence in the murder of David Vallie, was stolen in 2014 from BIA Special Agent John Dodd, the Billings Gazette reported. Jonathan Michael Martinez, 29, who was convicted by a jury of Vallie’s death, used the gun as a murder weapon.

BIA Office of Justice Services spokeswoman Nedra Darling said on Thursday it is, “not protocol,” to leave a personally-owned weapon in a service vehicle and that, “Corrective action has taken place,’ though Dodd is reportedly still on the force.

As noted by the agency, BIA OJS special agents are tasked with investigating tribal and Federal crimes throughout Indian Country.

The Glock was recovered by Billings Police after a hit-and-run crash the day after Vallie’s death and later linked by the Montana State Crime Lab to Martinez, a felon with a string of past convictions, during his trial.

The news of the recovered agent’s weapon comes on the heels of two high-profile murders in California, both committed with guns — as in the Vallie homicide — stolen from the vehicles of federal agents.

The Glock was one of no less than 144 lost or stolen from ICE agents since 2005.