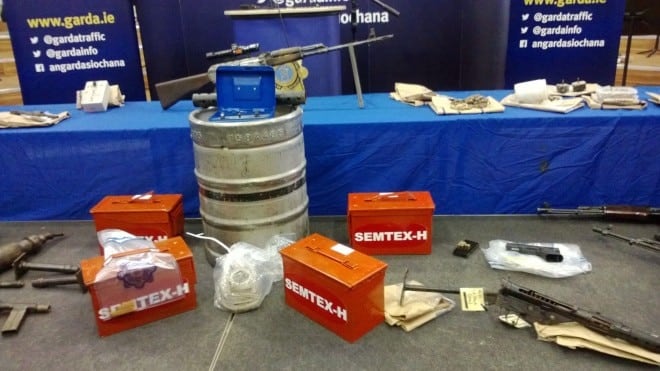 Ahh, the money shot. You know it’s IRA when you have a STEN gun, a M76 and a beer keg bomb. (Photo: The Independent)

With the 100th anniversary of the Easter Uprising of 1916 ahead, authorities showed off a stock of guns and explosives recently picked up from the Irish Republican Army.

Although the IRA has split and reformed and laid down arms and reformed again over the past century numerous times, you can rest assured that all over the island from Ulster to the Republic there are Enfields and Armalites still chilling under floorboards and stashed in attics.

And to point out that “The Troubles” may largely be a memory but can still come back from time to time for a visit, Ireland’s National Police, the Garda, last week held a press conference at their HQ in Dublin to show off “samples” of various weapons seized during 2014 and 2015. Although the IRA largely operate in Ulster, they have long used the Irish republic to the south as a staging area largely safe from British authorities. 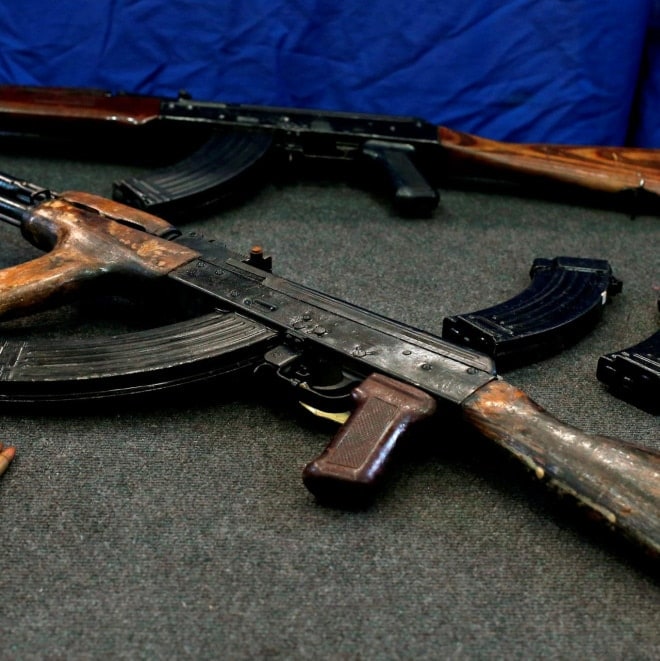 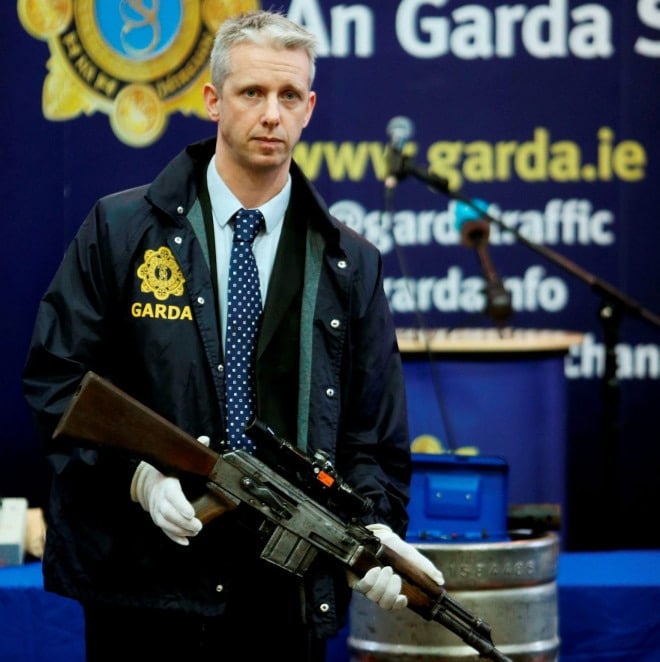 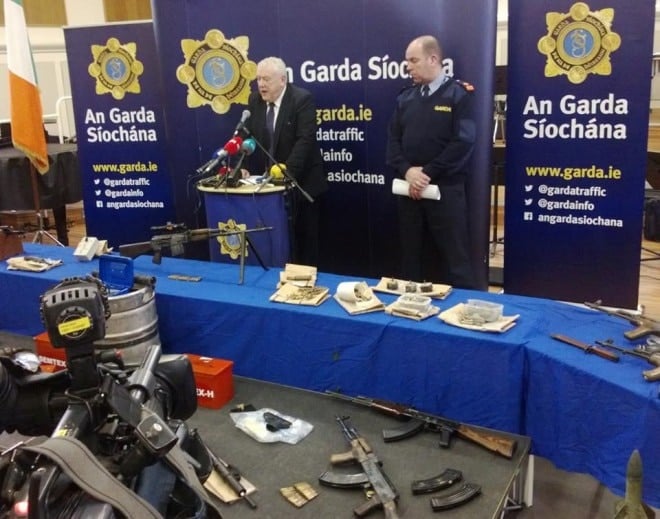 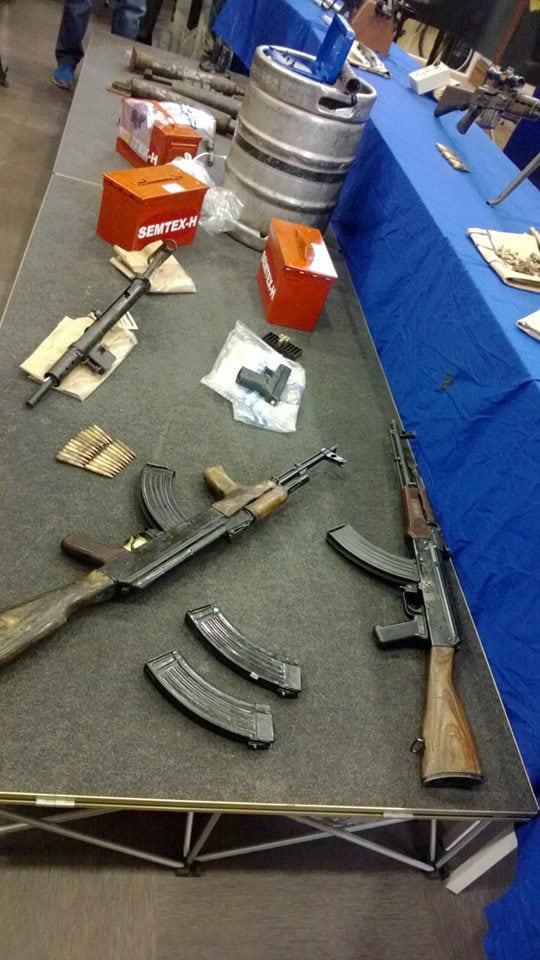 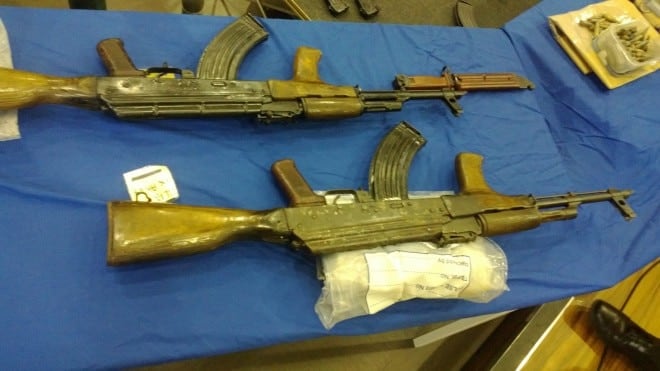 “An Garda Síochána co-operates closely with our police and security partners in Northern Ireland,” said Assistant Commissioner John O’Mahony. “We have a shared objective to protect all people on this island and we take this responsibility very seriously. Our Commitment to countering the threat posed by these dissident republicans is continuous and necessary.”

As noted by The Independent, in 2015 Irish police arrested 31 on suspicion of working with the IRA and in the past two years impounded 30 weapons and 1,000 rounds of ammo, which is a small collection by U.S. standards.

However, what the Garda picked up included a sweet STEN gun– always the insurgent’s best friend– , a well-used and rusty old Webley revolver to keep it old school, some battered Romanian AKMs that could date back to when Gaddafi helped fund republican ops, a Glock (there is always that one guy), a Zastava M76 that looks like it was scoured with steel wool, zip guns, a homemade rocket… 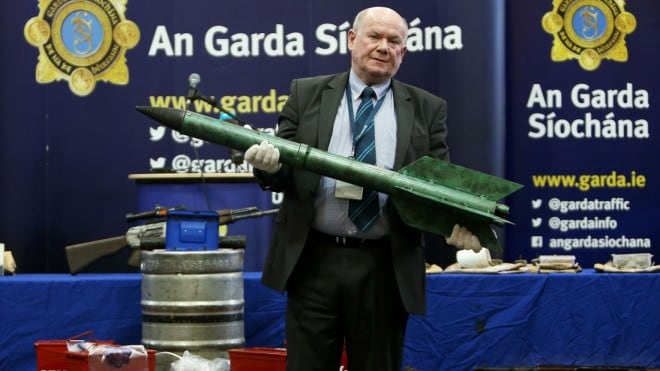 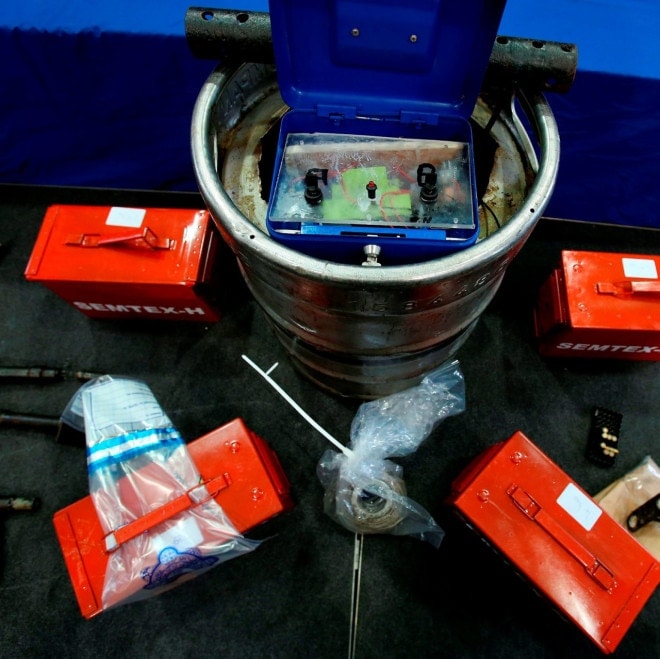 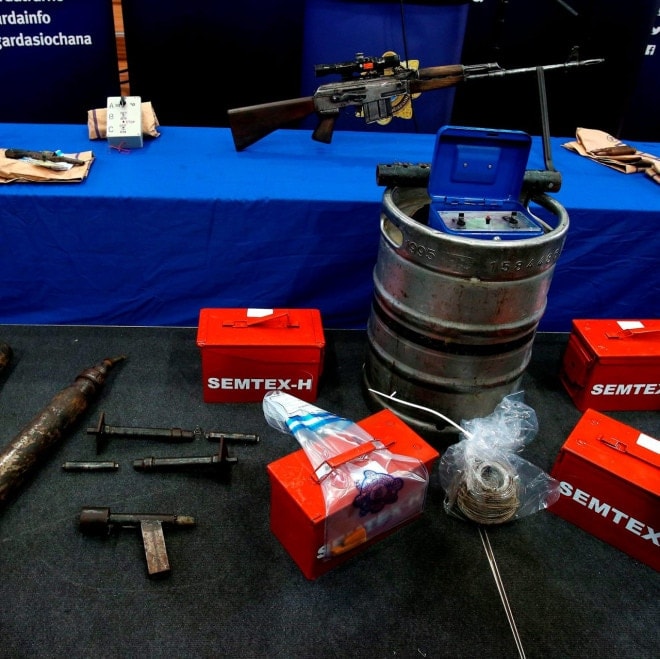 All that’s missing is a Jameson bottle with a rag tied around the neck and a Dropkick Murphys CD made into a Japanese throwing star.

Overall, with all this stuff floating around (and from watching too much Sons of Anarchy) you would think Ireland is a pretty scary place, however, crime is low and the Garda has 30 applicants for every job opening.

Ah, but you can be sure, there are still some more stashes out there. 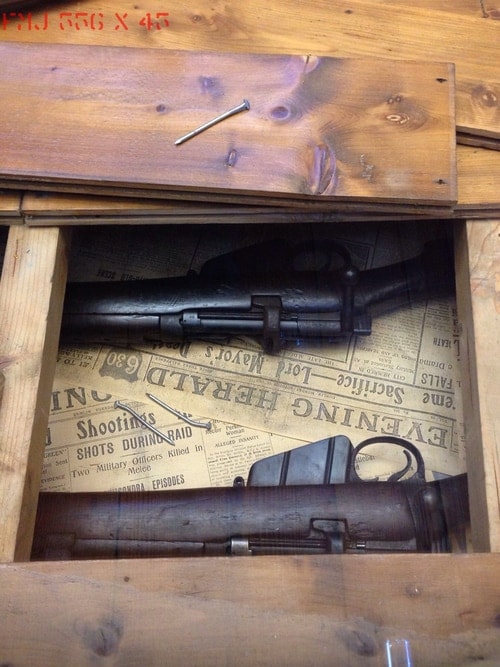