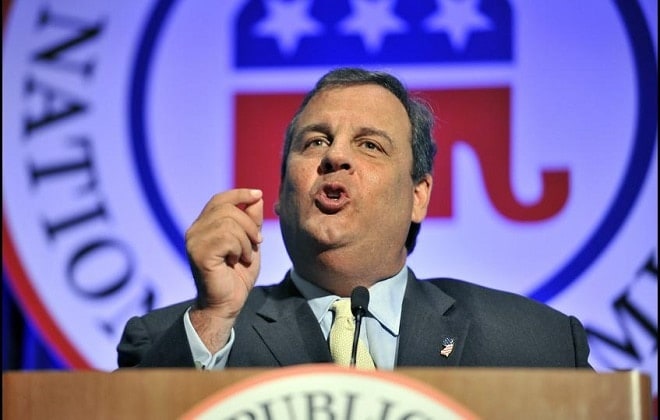 Gov. Chris Christie maybe looking for his veto pen as a bill to require all Jersey gun shops to carry a smart gun heads his way. (Photo: Josh Reynolds/AP)

A proposal to swap out New Jersey’s long-dormant smart gun law and replace it with one requiring dealers to carry at least one such gun in stock passed the legislature Monday.

Introduced in November by state Senate Majority Leader Loretta Weinberg – who designed the state’s current divisive smart gun mandate – the proposal requires dealers to carry at least one model of smart gun when they become available rather than sell them exclusively.

The rapidly moving bill passed the Senate 22-15 last month without a single Republican vote. The state Assembly approved it on Jan. 11 by a 43-30 party line vote, clearing it to head to a showdown with Gov. Chris Christie.

The legislation’s supporters feel this is a better law than the current one.

“Current law is intended to encourage the development of smart gun technology, but the prohibition on other handguns has, in effect, restricted consumer access to personalized handguns,” said state Rep. Gordon Johnson, D-Bergen, in a statement. “This bill modernizes our law and is a reasonable approach to improving gun safety in our state, especially for children.”

The new measure, S3249, scraps most of the state’s current smart gun law which has remained dormant for over a decade and replaces it with a requirement that the state Attorney General continue to report to the governor and legislature each year on the commercial availability of the devices in the country. Once the AG approves a production model, every firearms wholesaler and retailer in the state would be obligated to carry at least one example for sale in their inventory within 30 months and have it on display in their salesroom.

This would include even small-scale operations such as the estimated 140 FFLs in private residences in New Jersey.

Gun rights advocates in the state are not impressed. “By swapping one mandate for another and trying to force market acceptance of an unproven and potentially dangerous technology, New Jersey’s anti-gun rights politicians reveal their continuing agenda,” Scott L. Bach, executive director of the Association of New Jersey Rifle and Pistol Clubs, told Guns.com Tuesday.

“They tipped their hand when New Jersey’s 2002 ‘smart gun’ law was originally passed, revealing their ultimate end game: using the technology as an excuse to ban every conventional firearm ever made,” Bach said. “No one should be fooled by their transparent offer to temporarily repeal the ban — once they force market acceptance with the new mandate on dealers, they’ll be back with their ban, but this time on a national scale.”

Christie, who has made it a point to rain veto ink on a myriad of gun control bills in recent months as he works on a bid for the White House on a GOP ticket, has already voiced opposition to the measure.

“I mean seriously, you own a gun store … your money, your business, and I’m coming into your business and telling you that you have to sell this type of gun, you need to carry it, you need pay for it to carry it and I don’t care if anybody wants to buy it or not,” Christie said in December on his radio call-in show on NJ 101.5-FM.

With President Obama last week issuing the Pentagon marching orders to advance smart gun technology, and Christie’s steady swing to the right away from once-vocal support for increased gun control, the veto pen may be on standby for New Jersey’s latest personalized handgun bill.