Police in Florida are looking for the worst Deadpool impersonators ever 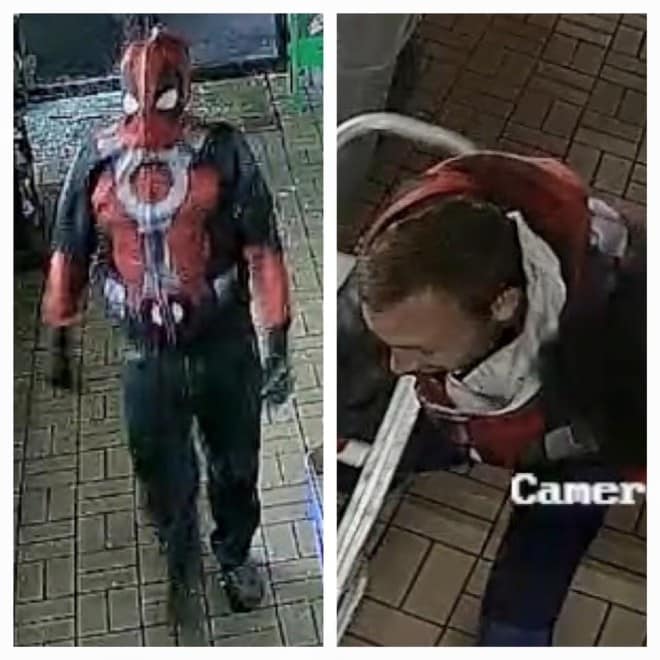 There was no word on if Stan Lee can be seen making a cameo on the surveillance footage. (Photo: BCSO)

The Brevard County Sheriff’s Office is asking for the public’s help in tracking down a pair of would-be ATM burglars with a penchant for Marvel anti-heroes.

Authorities released a composite image of the two bandits, wanted in connection to a burglary of a business in unincorporated Cocoa, Florida on Jan. 7. In a B&E that sounds like it was lifted from an episode of “My Name is Earl,” the men, shoddily disguised in Deadpool full-zip hoodies, broke down the front door of the business and removed an ATM machine through the rear door, which they left in a (stolen) 1999 Ford van in the parking lot.

So in other words, they just kinda took the ATM for an unauthorized walk.

Did we mention this is Florida?

Anyway, anyone with information regarding the identity of the suspects or has knowledge of similar cases (?) is asked to contact Brevard County Sheriff’s Office Agent Patrick Ferguson, West Precinct General Crimes at Patrick.Ferguson@bcso.us or by telephone at (321) 617-7306.