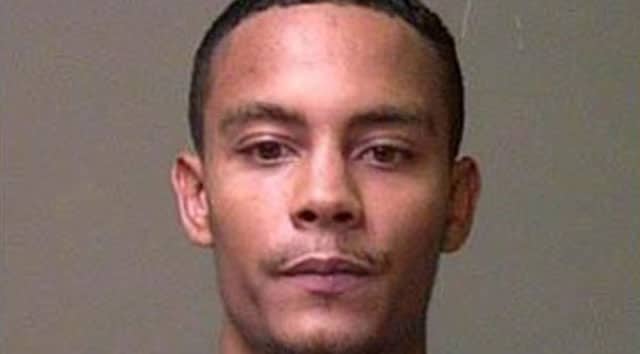 At least six men broke into an Oklahoma City apartment last week where a teenage girl was home alone, but as they tried to make their escape, one was met by a police officer in the parking lot, where he was fatally shot while attempting to disarm the officer.

Authorities say around 8:30 p.m. on Jan. 4, the group of men repeatedly kicked the front door to the girl’s apartment until it cracked and broke open. By that time, the girl had already called 911 and police were on their way.

Robert Refe, who lives upstairs from the girl, told local channel KFOR that he could hear the men breaking into the apartment below. “We were in the bedroom watching TV and heard glass crashing, doors kicking,” he said.

Once inside the apartment, at least one of the suspects pulled a gun on the girl and demanded cash from her. It’s unknown if the suspects got away with any money or if the girl was injured.

However, officers responded to the call quickly and were at the apartment complex within a matter of minutes. When four-year veteran Officer Shawn Callaway pulled into the parking lot, he immediately noticed a male that fit the description of one of the suspects.

Callaway approached the man in order to question him, but the confrontation quickly turned violent, which Refe witnessed. Calloway was armed with an AR-15 at the time, and the suspect, who was later identified as 22-year-old Rodney Turner, tried to take the rifle from the officer.

According to Refe, Turner grabbed the end of the rifle, but when the officer realized Turner also had handgun, Callaway grabbed his service pistol and opened fire. Reve said the officer fired about half a dozen shots.

Turner took off, dropping his gun along the way, which was later recovered by authorities.

Soon thereafter, another 911 call was received about a person suffering from a gunshot wound. Responding officers found Turner inside an apartment, about two blocks from where the original break-in occurred. He was pronounced dead at the scene.

The girl’s mother told reporters her daughter is distraught over the incident, and is especially scared because the remaining five suspects have not yet been caught.