Teen fatally shot after father mistakes him for intruder 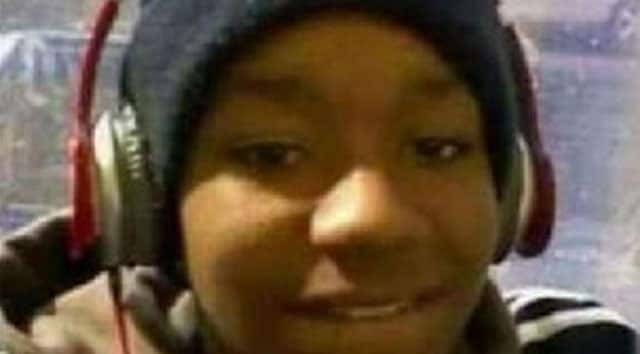 Georta Mack died less than two hours after being accidentally shot by his father. (Photo: CBS)

Not knowing his son was skipping school and believing he was an intruder, a Cincinnati man accidentally shot and killed the teen early Tuesday morning.

The 72-year-old father, whose name has not been released, told authorities he dropped his 14-year-old son, Georta Mack, off at the bus stop. Some time later, the teen sent his father a text message letting him know he was aboard the bus and on his way to school. What the father did not know at the time was that Georta actually skipped school, returned home around 6:30 a.m. and snuck in through the back of the house.

Georta then hid out in the basement, waiting for his father to leave for work. But before the man left, he heard a commotion in the basement, grabbed a handgun and went to investigate, local media reports.

The teen apparently startled his father, who opened fire with a .45, only to realize moments later the person he thought was an intruder was actually his son. Georta had been shot in the neck and his father placed a frantic call to 911, which can be heard below.

The man pleaded with the dispatcher to hurry and send someone quickly to help. He used a cloth to apply pressure to his son’s wound, as instructed by the dispatcher, but grew increasingly hysterical when the teen stopped breathing.

First responders arrived within minutes and rushed Georta to Cincinnati Children’s Hospital Medical Center, but efforts to save him failed. He was pronounced dead less than two hours after being shot, just after 8 a.m.

Neighbors described Georta as “a good kid” and noted that he and his father were close and appeared to get along well.

Cincinnati Police Chief Eliot Isaac said the teen was having some trouble at school, but did not elaborate or indicate if the problems he was experiencing may have been a factor in him choosing to skip school that day.

The investigation is ongoing and Cincinnati Police Lt. Steve Saunders said the father is fully cooperating with authorities. According to a local CBS affiliate, Hamilton County Prosecutor Joseph Deters confirmed Wednesday the father will not face charges.

Isaac, who described the incident as “unimaginable,” said it was a “terrible, terrible tragedy.’’