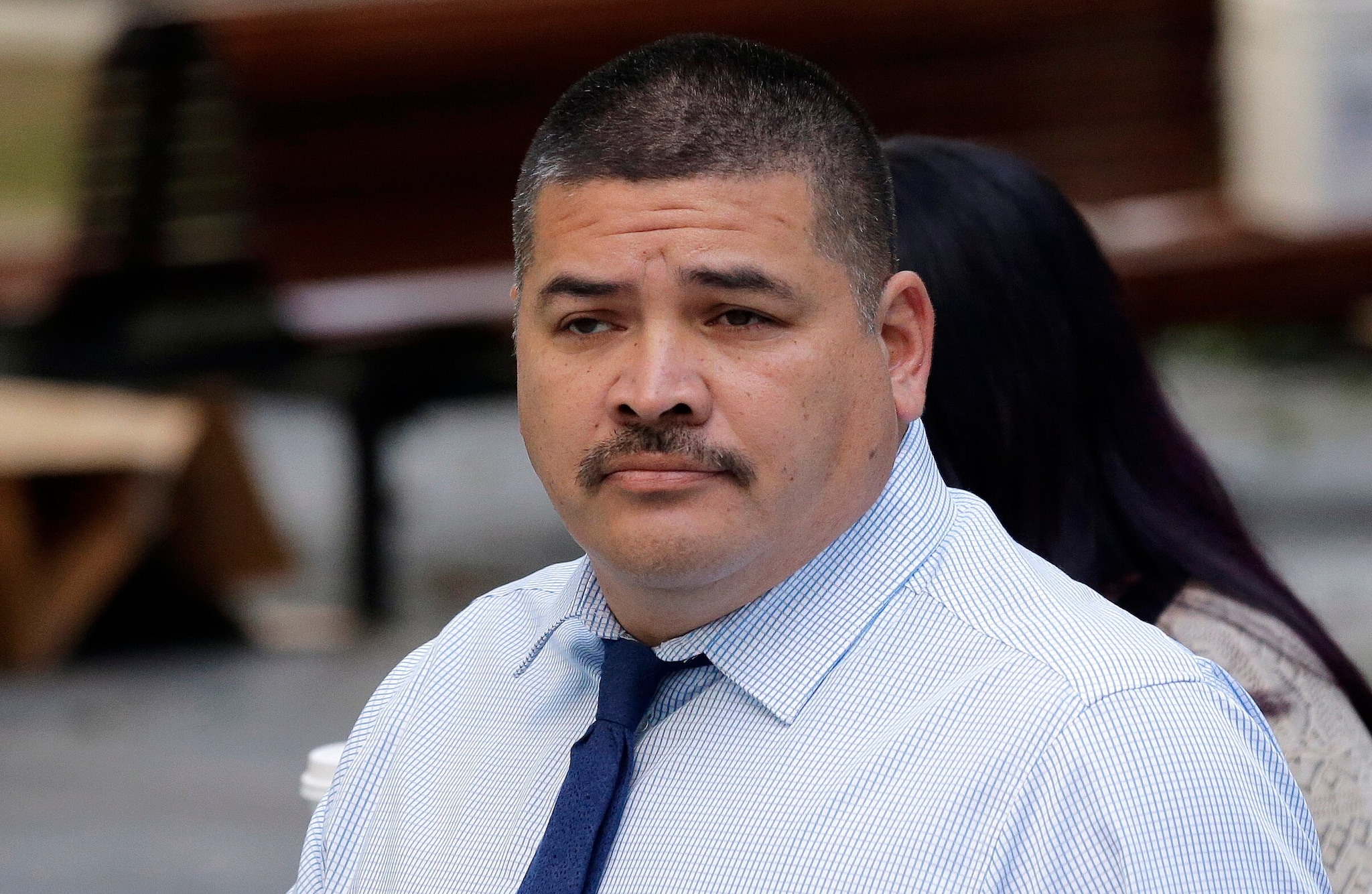 A federal jury found Raymond Fryberg guilty of illegally owning firearms, including the handgun his son used to kill four of his friends and himself last year in a high school cafeteria. (Photo: AP/Ted S. Warren)

The father of a teen who killed four students and injured one at a Washington high school in 2015 was sentenced Monday to two years in a federal prison for possessing a gun while subject to a domestic violence protection order.

Raymond Lee Fryberg Jr., 42, was convicted of the charges, six counts of illegal firearms possession, last September after a four-day trial. One of the guns was later used by his 15-year-old son opened fire on students sitting at a lunch table before killing himself at Marysville-Pilchuck High School in Marysville.

“Guns in the wrong hands are just plain wrong and will not be tolerated,” said U.S. Attorney Annette L. Hayes, who prosecutes in the Western District of Washington. “The Department of Justice has an ongoing commitment to prosecuting firearms crimes. The goal is to enforce our gun laws against those who pose a threat to public safety.  Here the illegal possession of a firearm played a devastating role in a community tragedy.”

Fryberg was barred from possessing a firearm in 2002, after his then-girlfriend asked the Tulalip Tribal Court for a protection order that was made permanent in 2002 and had no expiration date, said the U.S. Attorney’s Office in the Western District of Washington.

In late 2012, Fryberg pleaded “no contest” in a tribal court to violating the protection order and was fined and put on probation for one year. Less than four months later, he went to a big-box retailer to buy a handgun, which he obtained because he lied on the federal background check form about having a protection order.

Fryberg later testified that on January 2013 he bought the Beretta PX4 Storm, which his son would use during the school shooting on Oct. 25, 2014.