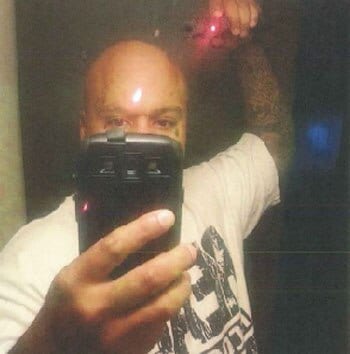 A 41-year-old man was sentenced last week in a Knoxville court to 15 years in federal prison, without the possibility of parole, for being a felon in possession of a firearm, following evidence of the crime in the form of a Facebook post.

Malik First Born Allah Farrad, who goes by the name Marvin Maurice Buckles, was the center of an investigation in fall of 2013. In October of the same year, the Johnson City Police Department, which had been monitoring Farrad’s activities through social media, came across a photo Farrad posted which displayed three handguns on his toilet seat.

Farrad, who has numerous felony convictions for violent offenses as well as drug and gun-related charges, was prohibited from possessing firearms. As a result, local and federal authorities worked together to obtain a search warrant to access other images on Farrad’s Facebook account, where they discovered photo evidence of Farrad actually holding the guns while taking bathroom selfies. Those photos were, in turn, used as evidence during his trial.

It took a jury two days to convict Farrad for being a felon in possession of a firearm.