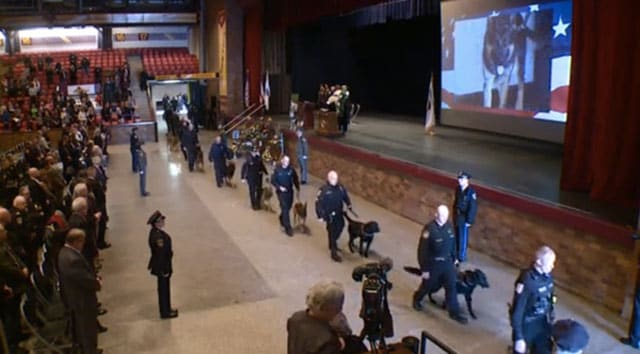 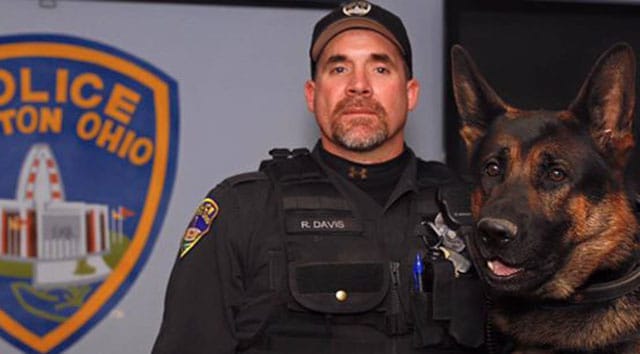 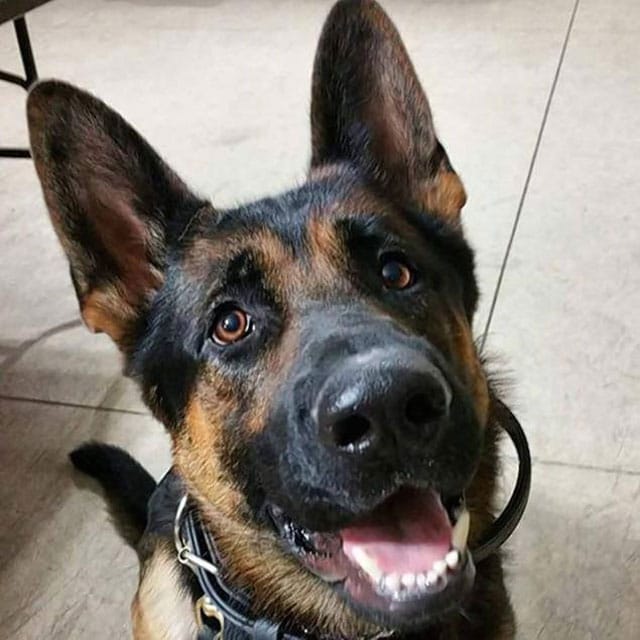 A memorial service for Jethro, the K-9 who was killed in the line of duty last weekend in Canton, Ohio, was held Thursday and included a packed house with people and four-legged friends alike.

Over 100 K9’s from law enforcement agencies across the nation attended the funeral were part of the procession for the hero K9 who died while protecting his partner while responding to an alarm at a grocery store last Saturday night.

“There is no doubt in my mind that I am here because of what he did,” said Jethro’s handler, Canton Police Officer Ryan Davis.

While searching for the suspect, who was later identified as Kelontre D. Barefield, 22, a shootout occurred and Jethro was struck three times in the face, neck and shoulder. Davis said his faithful companion, who he called a fighter, fought extremely hard, but eventually succumbed to his injuries and passed away.

Barefield now faces a slew of charges, including assaulting or harassing a police dog and felonious assault on a peace officer.