Utah officer shot and killed while responding to traffic accident 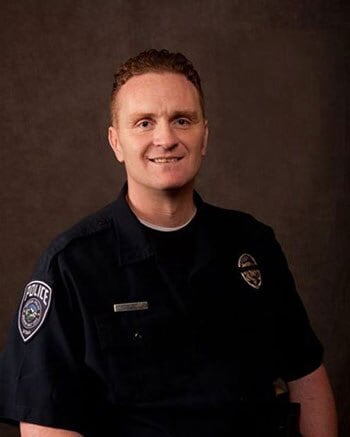 A call about a traffic accident in Holladay, Utah, Sunday morning turned into a shootout that left one officer dead and another injured before the suspect was fatally shot by police.

Authorities received a call about the accident just before 10:00 a.m. Two vehicles were involved in the crash, but apparently as officers came upon the scene, the occupants of the BMW – a man and a woman – fled from the area on foot, Fox 13 reported.

Douglas Scott Barney, 44, with the Unified Police Department, observed the couple fleeing and followed them in an attempt to make contact. But the male suspect, who was later identified as Cory Lee Henderson, 31, turned toward the officer and fired a single shot, striking Barney in the head and prompting a brief manhunt.

According to Salt Lake County Sheriff Jim Winder, as officers approached Henderson, he immediately opened fire again, resulting in return fire from officers. Henderson was struck multiple times, collapsed in a yard not far from where the accident occurred, and died as a result of his injuries.

Multiple law enforcement agencies engaged in a search for the female who was with Henderson, but were unsuccessful in locating her. She was originally referred to as a suspect, but is now being called a “person of interest.” She was described only as a white female with blonde hair. Police believe she may be injured, either from the accident or possibly a fall during the pursuit. Winder said in a press conference that he does not believe she poses a threat to the public.

During the exchange of gunfire, Officer Jon Richey, 51, was shot three times. Barney and Richey were both taken to the hospital, where Barney was pronounced dead just after 1:00 p.m. Richey was originally listed in serious condition, but said to be improving.

Barney, an 18-year veteran of the force, left behind a wife and three children. 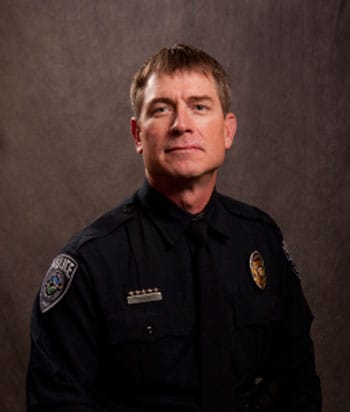 Officer Jon Richey was shot three times during an exchange of gunfire with the suspect. (Photo: Unified Police Department)

“On behalf of Utah residents from across the state, our hearts are broken for the family of Officer Doug Barney who gave the ultimate sacrifice today while in the line of duty,” Utah Gov. Gary Herbert said in a statement Sunday.

“Every day, we send our men and women in uniform into harm’s way so that we may live in peace and safety,” Herbert added. “On a day like today, we are reminded that we will never be able to thank them and their families enough for the sacrifices they have made.”

According to Utah Attorney General Sean Reyes, Barney was the state’s first officer to be killed in the line of duty in two years.

It’s unclear at this point why the couple fled from the accident or why Henderson opened fire on the officers. However, Henderson does have a lengthy criminal history, including aggravated assault and multiple drug-related offenses, among others.