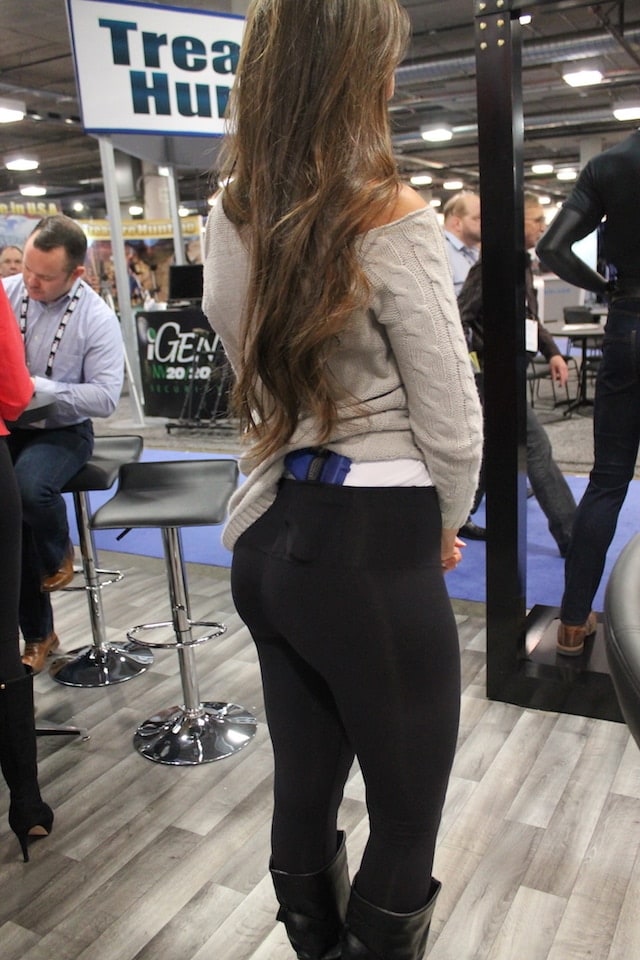 Two holster pockets, one in appendix carry position and the other in a 5 o’clock position, sit on the wearer’s dominant side. A spare pouch hides underneath the waistband on the off hand side for spare magazines or other tools. Available in right or left configuration, the leggings range in sizes from extra small to triple extra large to accommodate different body types.

Though the leggings were just recently released, UnderTech UnderCover is already preparing to introduce an updated version.

At SHOT Show, UnderTech UnderCover spokeswoman Tammy Magill revealed the updated model will enhance security by adding a second layer of material to the holster. This material will not impede concealed carry and wearers will not feel a difference, but the added layer hopes to prevent accidental trigger pulls.

The current version has a single layer of fabric covering the trigger area. The newer version of the leggings is already on the production floor and is set to arrive to consumers within the next few months, Magill said.

The current generation of Original Concealment Leggings are available online at UnderTech UnderCover for $79.95.