Man kills 2 intruders after they pistol whip, kick his mother 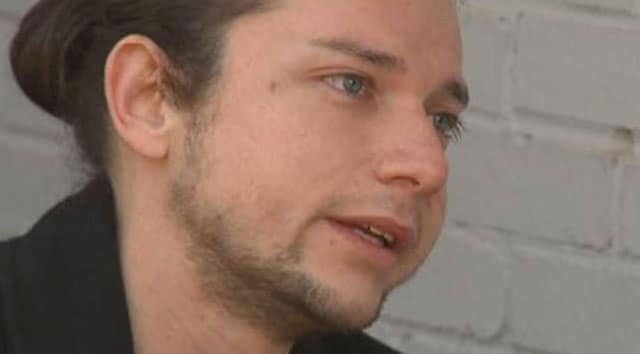 Timo Hernandez offered a public apology to the families of the intruders who were killed, but feels he acted appropriately, protecting himself and his mother. (Photo: WTVM)

Two suspects were shot and killed by a homeowner armed with a rifle after they broke into the man’s home outside of Atlanta last week.

Timo Hernandez, 28, told WTVM his mother was visiting from Nashville on Wednesday, January 13 when the incident unfolded. Hernandez said his mother just finished cooking a pot of chili and the two were sitting down to eat around 5:00 p.m. when there was a knock at the door.

“When I opened the door, these two guys stormed in with guns and started pistol-whipping me and took me to the ground,” Hernandez recalled.

One of the suspects went after Hernandez’s mother, who tried to get away, and started pistol whipping her as well, then knocked her to the ground and began kicking her in the side. The suspects were demanding money, but after being beaten and seeing his mother suffer the same fate, something came over Hernandez when he was forced into a spare bedroom.

“He put a gun to my head,” Hernandez said, “and I just started fighting back.”

In the spare room where he was continuing to be attacked, was an old hunting rifle that belonged to Hernandez’s father. Hernandez scuffled with his attacker, during which time he was able to grab the rifle and unload on the intruders, striking them both multiple times.

Both suspects fled from the home, but one did not get very far and collapsed in the neighbor’s yard. He was pronounced dead on the scene.

The second suspect made it a little farther, first fleeing in a getaway car, but later collapsed in the parking lot of a nearby restaurant. The suspect was transported to a local hospital in critical condition and died the following day.

Authorities say they found police badges and zip ties in the car and believe the suspects may have been trying to impersonate police officers.

Hernandez’s mother, who suffered a heart attack during the ordeal, was hospitalized, but has since been released and is back home in Tennessee resting, according to an update on a Go Fund Me page created to help pay for her medical expenses since she does not have insurance.

Hernandez, although bruised and battered from the ordeal, said he’s happy that he had his father’s rifle.

“I feel like if I hadn’t had the gun in there, this whole news story would be about me and my mother being dead in this house,” he said.