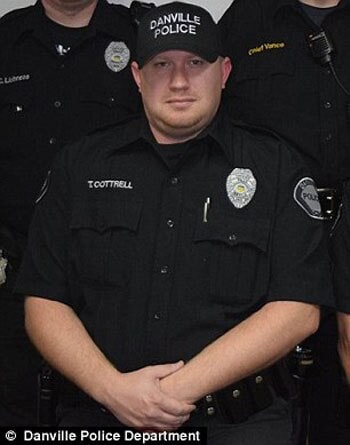 A police officer was shot and killed in Danville, Ohio, late Sunday night, less than half an hour after the suspect’s ex-girlfriend placed a call to 911 warning local law enforcement that her ex-boyfriend was armed, on drugs and looking to kill a cop.

Once the call came in dispatchers tried to get in touch with the officer on duty in the town of just over 1,000 people, but were unsuccessful. Twenty-five minutes after receiving the 911 call, just before midnight, deputies with the Knox County Sheriff’s Office found the body of Danville Police Officer Thomas Cottrell lying on the ground behind the municipal building. Cottrell had been shot to death and his police cruiser and service pistol were stolen.

Authorities scoured the area searching for the suspect, Herschel Ray Jones, 32, who was apprehended around 1:36 a.m. after a brief foot pursuit. As of late Monday, Jones, who remains behind bars, has not been charged, but the county prosecutor expects murder charges are inevitable, according to reports from ABC News. The prosecutor said authorities can hold Jones for violating his parole until charges for Officer Cottrell’s murder can be filed.

Jones’ brother, John, told a local NBC affiliate that Jones had taken a large dose of Klonopin, an anti-anxiety drug which can produce hallucinations, confusion, and aggressive or hostile behavior, before setting out to kill Cottrell. 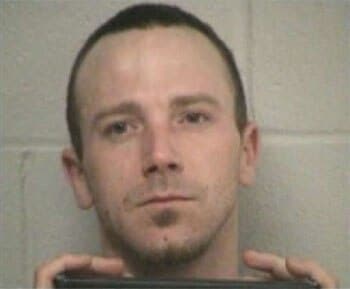 Although he they have not yet been filed, Herschel Ray Jones will likely face murder charges. (Photo: Knox County Sheriff’s Office)

“He was out of his mind on drugs,” Jones said. “He already had done what he done. He still didn’t admit it to me though – that’s how far out of his mind he was. He completely went over the edge.”

John said he knew things weren’t right with his brother lately and his family even tried to contact his parole officer last week to inform him that Jones was on drugs, had guns and they feared he was going to do “something bad.” According to John, their pleas with the parole officer were in vain.

Jones, who was released from prison in April, has a lengthy criminal history spanning over more than a decade and includes multiple weapons and drug-related offenses. His brother said in the past he has tried to get Jones into a mental health facility instead of serving more prison time, but his requests were denied.