SilencerCo will make their own pistols for Maxim series from scratch 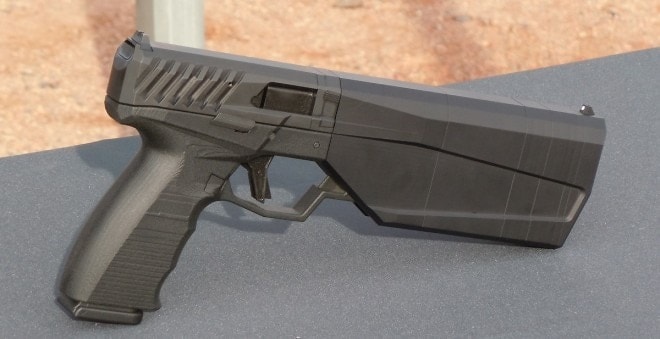 The suppressor maker is stepping into firearm production, displaying the improved version of their 9mm Maxim integrally suppressed handgun at SHOT Show 2016.

Originally introduced last September and named as a tribute to Hiram Percy Maxim, inventor of the original Silencer, the prototype which sports a large rectangular suppression chamber that extends from the chamber forward and hangs down to the trigger guard was at the time based on a Smith & Wesson M&P 9. 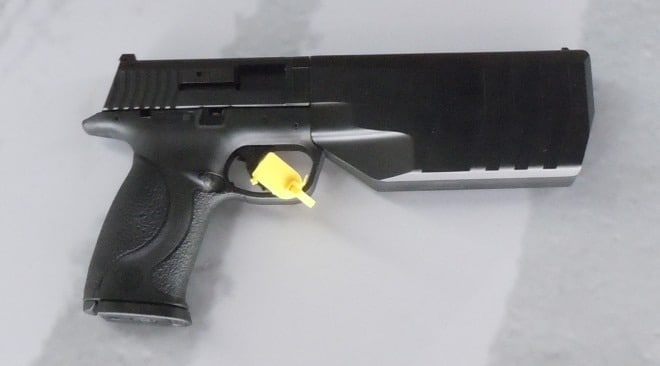 The original versions of the Maxim were based on the Smith M&P, which has been left behind. SilencerCo tells Guns.com the Maxim project has been two years in the making. (Photo: Chris Eger/Guns.com)

Moving well past that concept, SilencerCo is in the 20th stage of their design process with the Maxim 9, which will consist of a polymer-framed handgun made completely in-house with the emphasis being a gun made around a suppressor rather than a suppressor made to fit the gun.

In its current timeline, the Maxim uses standard Glock 17 mags. 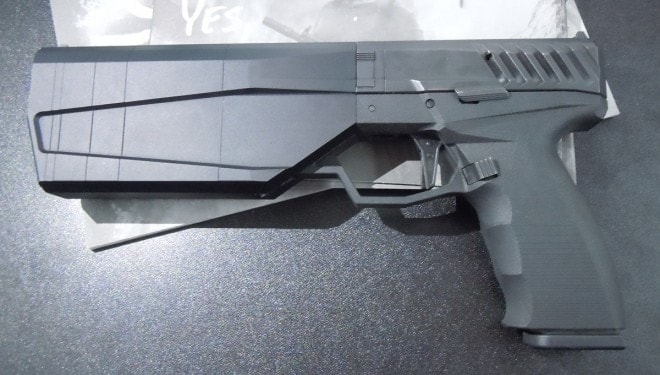 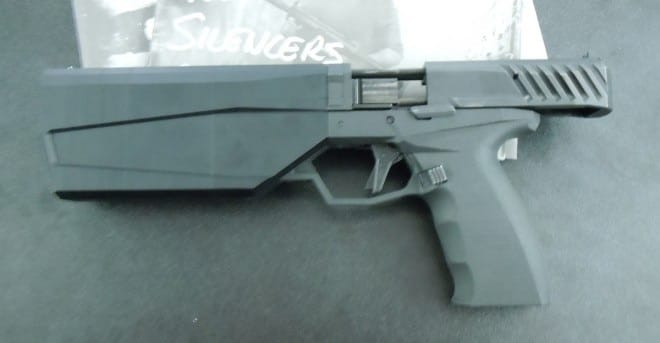 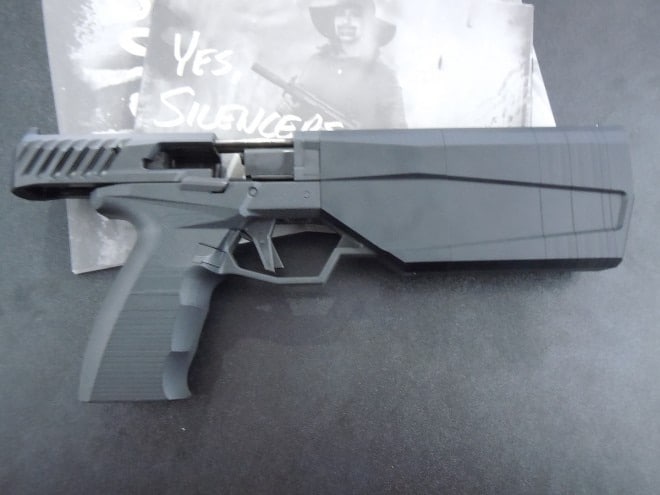 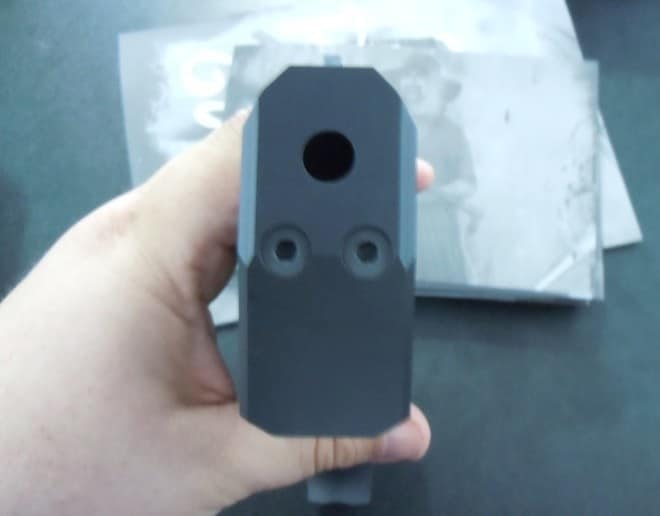 The prototype is hearing-safe with standard 9mm ammo and, while specs are not available, SilencerCo’s Scott Clinger advised Guns.com that they expect a finished product ready for sales in 4Q 2016 with an expected retail of the gun-suppressor combo to be under $2,000.