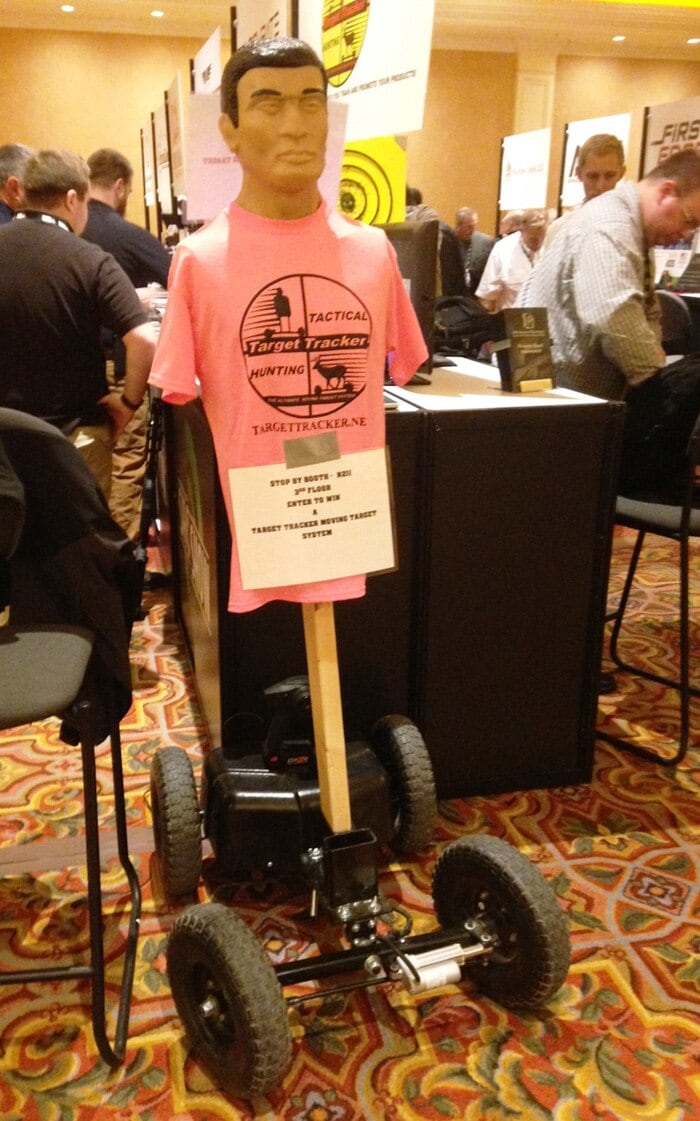 The remote control target comes in various styles, has puncture resistant tires, and a battery life of 3 to 6 hours. (Photo: Eve Flanigan)

On display at SHOT Show 2016 is Target Tracker, a battery-powered target-on-wheels with realistic human features.

The product’s designer and producer Wayne McGregor described the Target Tracker as the best and most economical realistic target technology for self-defense, military, and law enforcement.

“From new shooters to SWAT officers, these targets eliminate the tunnel vision and provide stress inoculation,” he told Guns.com on the show floor.

There are many target sizes available. Speed and direction of travel are widely adjustable. McGregor promotes starting new defensive shooters out on moving targets to gradually increase their ability to deal with dynamic situations.

The target features a battery that plugs into a regular outlet when the unit’s not in use. Battery life is five years. The tires are foam and can absorb rounds without going flat. The units will on most terrain and are built for heavy use. An entry-level system is $3,000, which McGregor says below competitors’ pricing.