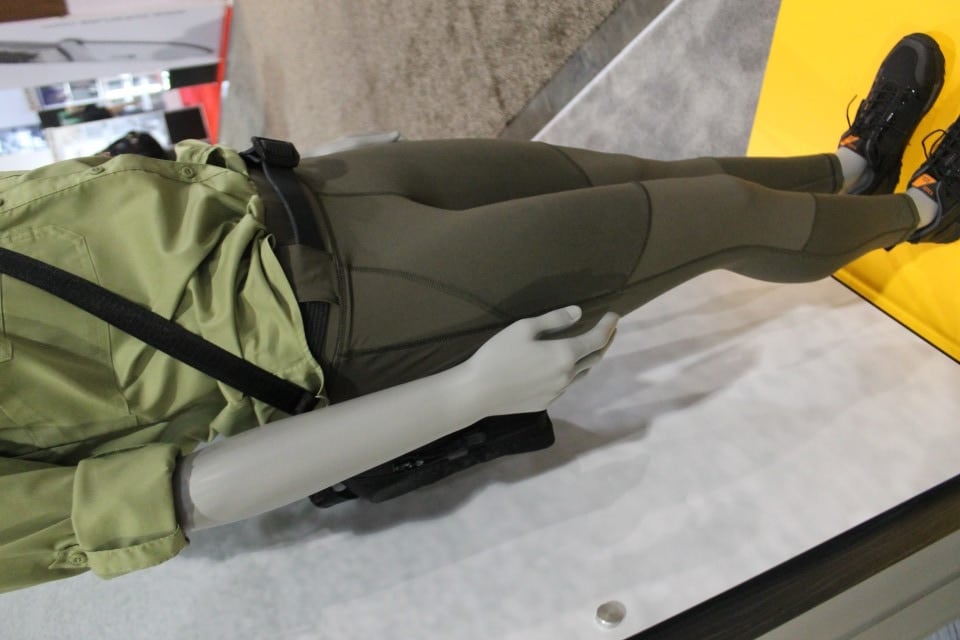 Capitalizing on the current leggings trend, 5.11 Tactical unveiled their new Raven Range tights and capris at SHOT Show 2016 in Las Vegas this week.

Though competitors are offering similar leggings meant for concealed carry, 5.11 Tactical is the first tactical clothing company to offer a belt loop system. Belt loops are wide and able to accept a range of belts. The reinforced waistline not only prevents firearm sag but also aims to reduce wear and tear on the fabric due to holster rubbing. Everyday carry in these leggings is as simple as throwing on your favorite gun belt and holster.

The Raven Range line keeps to 5.11’s signature tactical and range style. Though soft, the fabric is flexible and breathable, conforming to wearers like a second skin. Unlike competitors, these leggings are not limited to just concealed carry. They feature reinforced knees perfect for down and dirty shooting on the range.

Currently available in sizes extra small to extra large, the mid-calf capris hit the market at $89.99 while the full-length tights retail for $94.99.