2015 was another record-high year for TSA gun discoveries 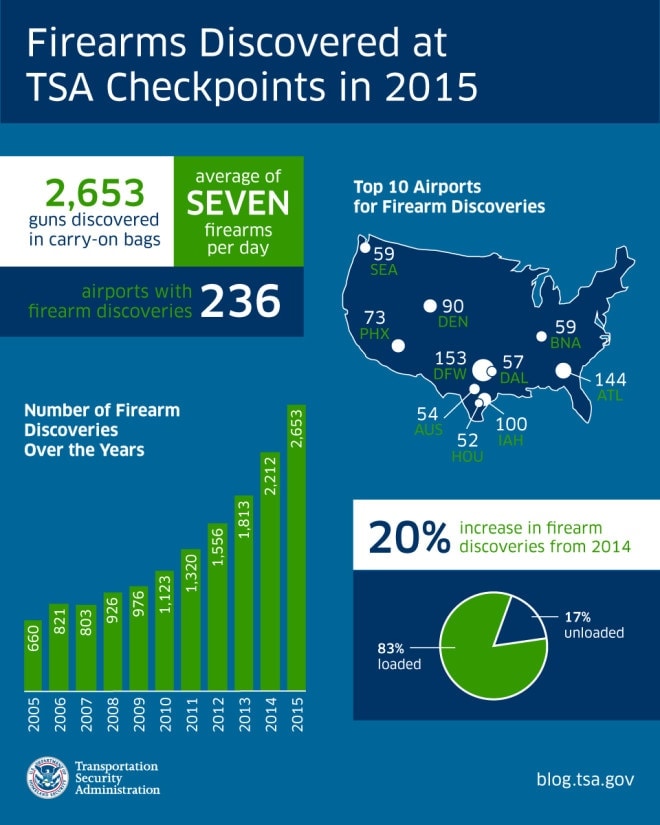 The Transportation Security Agency released stats for 2015 on Thursday showing its busiest year on record and most guns discovered.

Out of the more than 708 million passenger screenings performed throughout the year, TSA officers found 2653 firearms in carry-on bags at checkpoints across the country — up 441, or 20 percent, from last year’s figures.

Guns were discovered at 236 of the more than 450 airports TSA is tasked with screening, but the top 10 airports for gun catches include:

New additions to the top 10 this year include Sea-Tac and Austin which replaced Tampa International and Ft. Lauderdale-Hollywood International Airport from last year’s list.

According to the data, no less than 83 percent of the guns confiscated by TSA during 2015 were found loaded.

Under TSA guidelines, travelers can transport firearms, but they need to be unloaded, locked in a hard case, and checked as baggage only. Failure to follow the guidelines could result in an $11,000 fine.