Larry Vickers doesn't get recognized at Ruger booth, hits back on social media 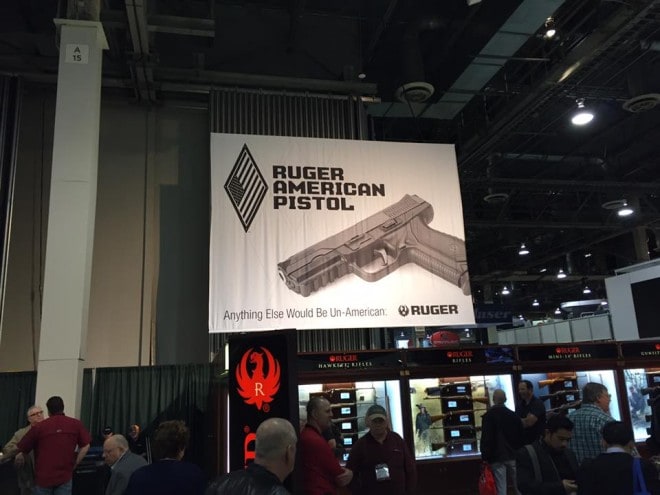 We don’t think Larry is going to be featuring any Ruger products any time soon. (Photo: Facebook)

Special Forces legend and gun guru Larry Vickers got snubbed at the Ruger booth during SHOT Show 2016 and took to Facebook to slam the company for the slight.

“I stopped into the Ruger booth today to do a YouTube video on their new polymer frame striker fired pistol,” wrote Vickers. “After getting the run around we finally got handed off to a guy that a) had a chip on his shoulder and b) had no clue who I was.”

We are guessing it was point B that led to sh*t getting really real, really fast. That’s right, apparently Larry went full Witherspoon. You never go full Witherspoon. Well, maybe you do if you are Larry V getting the snub from a Ruger redshirt.

So my crew was setting up lights and getting everything ready for filming when the Ruger employee decides a good idea to tell my crew how to do their job and put restrictions on the amount of booth space we had to use for filming – at this point I pulled the plug on the whole thing and we packed up and left. And in a blink of an eye Ruger lost a minimum of 100,000 or more views on my channel on this one product alone. You ever wonder why NO Special Operations or SWAT teams on the entire planet use anything Ruger makes ? Now you know why.

Most of Vickers’ followers subsequently supported his decision to dip and take his views with him. After all, they are his followers. He even posted a follow-up meme with a take off of the snickers “you aren’t you when you are hungry” trope that ended with a punch line involving the notorious cast of Sons of Guns which is always good for a laugh.

Ruger has not commented on the incident but we don’t foretell a Vickers Tactical Edition Ruger American Pistol any time soon.