Argument ends in fatal shooting after man returns for more 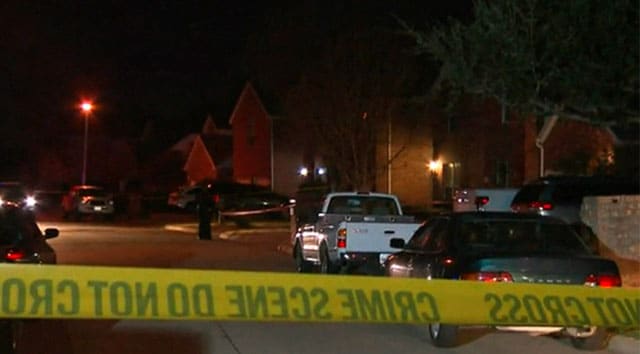 Neighborhood residents say they were shocked by the shooting in the normally quiet neighborhood, but said they don’t recall any previous disturbances with the homeowner. (Photo: CBS DFW)

An argument between two men led to a fatal shooting outside of a Garland, Texas, home last week, but authorities say it appears to be a case of self-defense.

Local media reports indicate the two men were engaged in an argument Friday, January 15, around 11 p.m. The suspect, who was identified Tuesday as Stephen Wray Smith II, 47, left the area, but a short time later, around midnight, the second man received a text message from Smith’s ex-girlfriend warning him to be careful because Smith was returning to his home.

Soon thereafter, the homeowner was watching the feeds from his home security system when he saw Smith return, wandering outside of his home. Moments later, the feed went blank, as Smith apparently cut the wires to the camera.

The homeowner, who has not been publicly identified, then retrieved a gun and walked outside to confront Smith, who at that point was standing across the street. According to the homeowner’s account, Smith then charged at him in a threatening manner. The homeowner believed he saw Smith holding a shiny object in his hand and, fearing for his safety, shot Smith.

Matthew Lee, who lives across the street from the homeowner and ended up calling the police, said he heard two gunshots.

“I heard voices outside, got progressively louder,” Lee recalled. “Eventually, I heard a couple of loud voices. I heard bangs and two screams, and it got quiet. And that’s when I called 911.”

Smith was pronounced dead at the scene, and no weapon was recovered.

A silver BMW belonging to Smith was found parked down the street from the home where the shooting occurred. Authorities believe Smith parked his car, then walked to the home in an attempt to return undetected.

Officials have not revealed what the argument between the men stemmed over.

A grand jury is set to review the case Friday to determine whether any charges will be filed against the homeowner, but according to Lt. Pedro Barineau with the Garland Police Department, charges aren’t likely to occur, as the homeowner appeared to have acted in self-defense when he feared for his life.