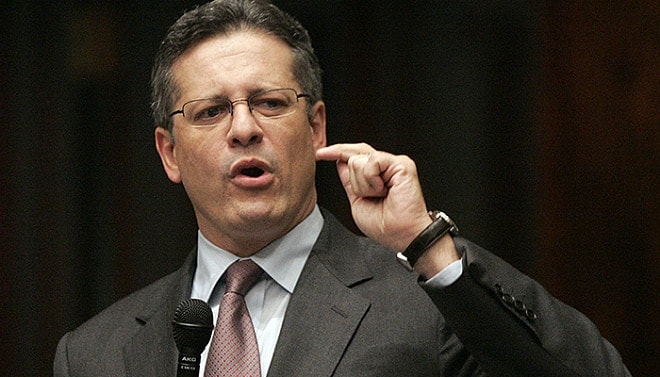 Florida state Sen. Diaz de la Portilla will not allow a campus carry proposal to be heard in his committee. (Photo: Steve Cannon/AP)

A Miami area Republican is refusing to schedule a hearing on a proposal to allow concealed carry on public college and university campuses.

The measure, backed by State Sen. Greg Evers, R-Baker, had already won approval from the Criminal Justice and Higher Education committees but is stalling in the Judiciary Committee where the chair, Sen. Miguel Diaz de la Portilla, R-Miami, is refusing to schedule a hearing on the bill.

Last April, de la Portilla did much the same thing to stop the progress of a similar bill by Evers saying at the time, “there doesn’t seem to be too much support for that bill.”

As noted by the Sarasota Herald-Tribune, the committee chair has not changed his mind in the past eight months.

“We’re not going to hear campus carry,” said Diaz de la Portilla. “I think there are better ways to address the issue of campus safety and security. I think the dangers outweigh the potential and perceived benefits of passing a bill.”

The legislation would drop the current gun free zones in public college and university property for those with concealed carry permits. Current law only allows students and faculty to carry stun guns or nonlethal electric weapons on campus.

The subject of allowing guns on campuses in the state has been divisive, with national Second Amendment and gun control groups squaring off on the issue while a mix of student and faculty have allied on each side of the argument.

Advocates for the measure advise whether Senator Diaz de la Portilla kills the bill or not, the push for campus carry is still very much alive in the Sunshine State.

“As we speak, criminals are carrying on our campuses, and we, the law abiding citizens, are left at their mercy,” Bekah Hargrove, state director for Florida Students for Concealed Carry, told Guns.com on Friday. “Senator Portilla should vote no to the bill if he truly does not support it, but his job is to put bills on the agenda that have high public interest, which campus carry does have. Campus carry will one day be legal in Florida because we will never stop supporting our second amendment rights.”

For his part, Evers is disappointed his bill is without a hearing date on the calendar but is hopeful this could change later in the session. A companion House measure is still tracking but without progress in the Senate, likelihood of reaching the desk of Gov. Scott is slim.