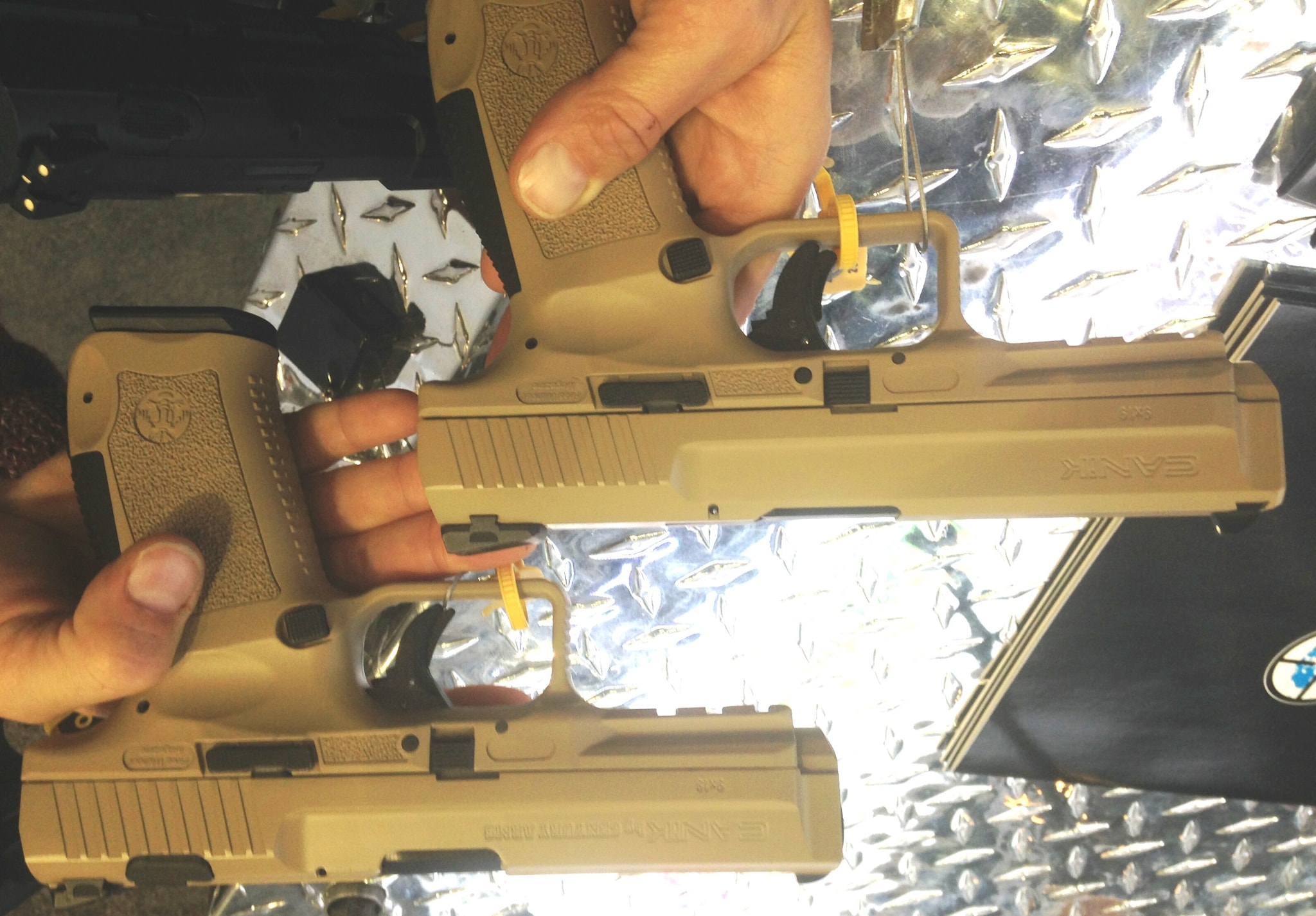 New and newer guns include a competition model, called TP9SFx, the TP9v2 — a true double/single action version with a shorter barrel, and finally the TP9SF, which to this writer is the most exciting development in this line.

Some folks rejected the TP9SA because of the nonsensical but harmless decocker, an odd feature for a striker-fired pistol. Now they’ve nothing to kvetch about. It’s absent from the SF model. 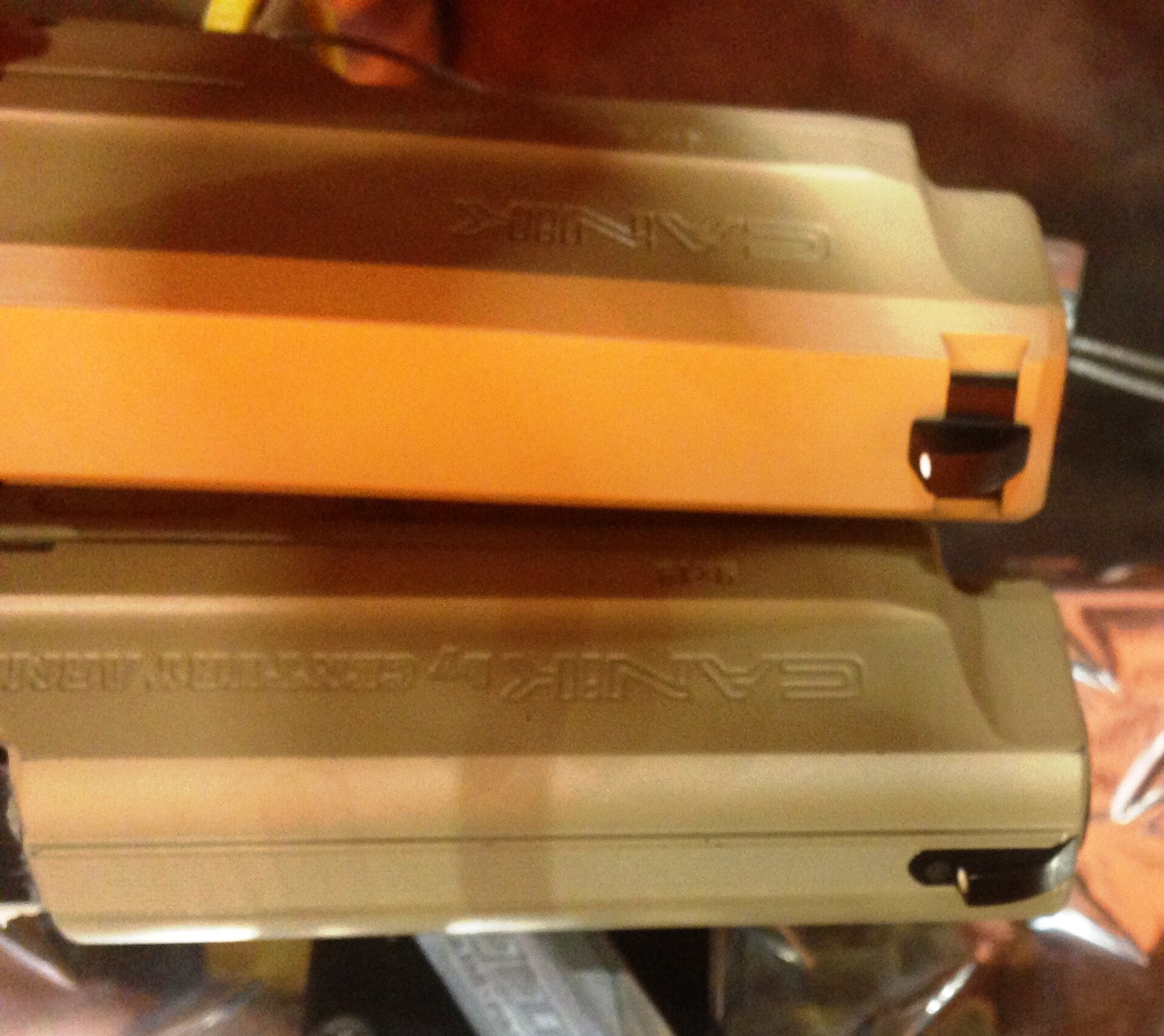 The SF also offers new flexibility in sight options. Gone are the CZ-75 sights used on the TP9SA. The new SF has a dovetail-set rear sight that’s compatible with Glock aftermarket sights. The front sight is likewise removable and is compatible with Smith & Wesson replacement sights. A company rep, speaking at the show, said the company is working on single-brand compatibility for future sight setups. 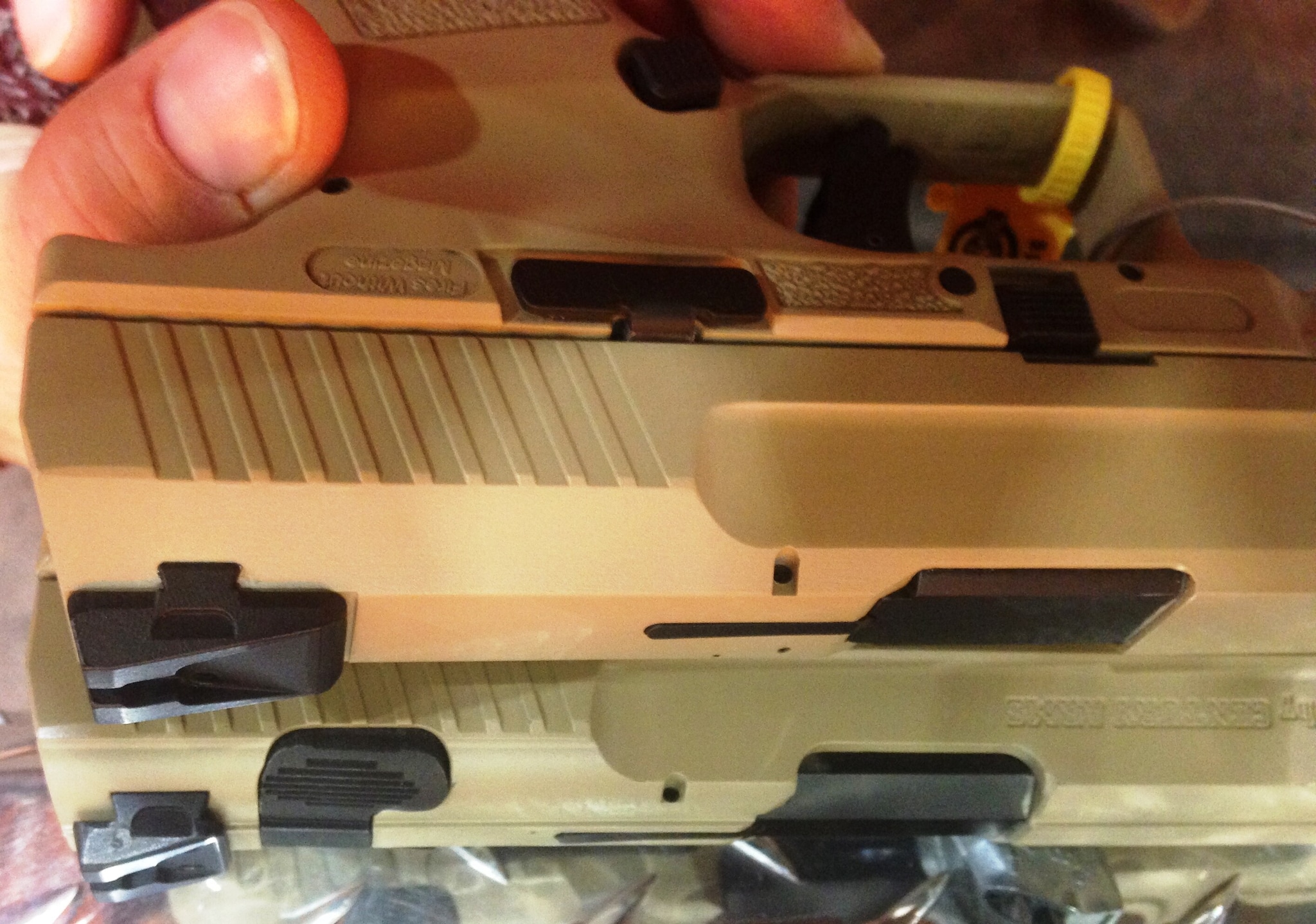 The striker decocker is gone from the TP9SF. (Photo: Eve Flanigan)

The top profile of the SF slide is angular and streamlined, from the shooter’s view, in comparison to the SA. The company’s claim is that it aids rapid sight alignment and focus. This reduction hasn’t altered the comparative weight of the two models.

Also new this year to the entire line is the magazine finish. The spacious 18-round Mec-Gar magazine is the same. NATO standards have changed, however, so in turn so have all TP9 magazines. The new finish is black matte, not glossy as before. They still fall freely from the magazine well and are otherwise the same as before. It’s a nice change that enhances tactical soundness. 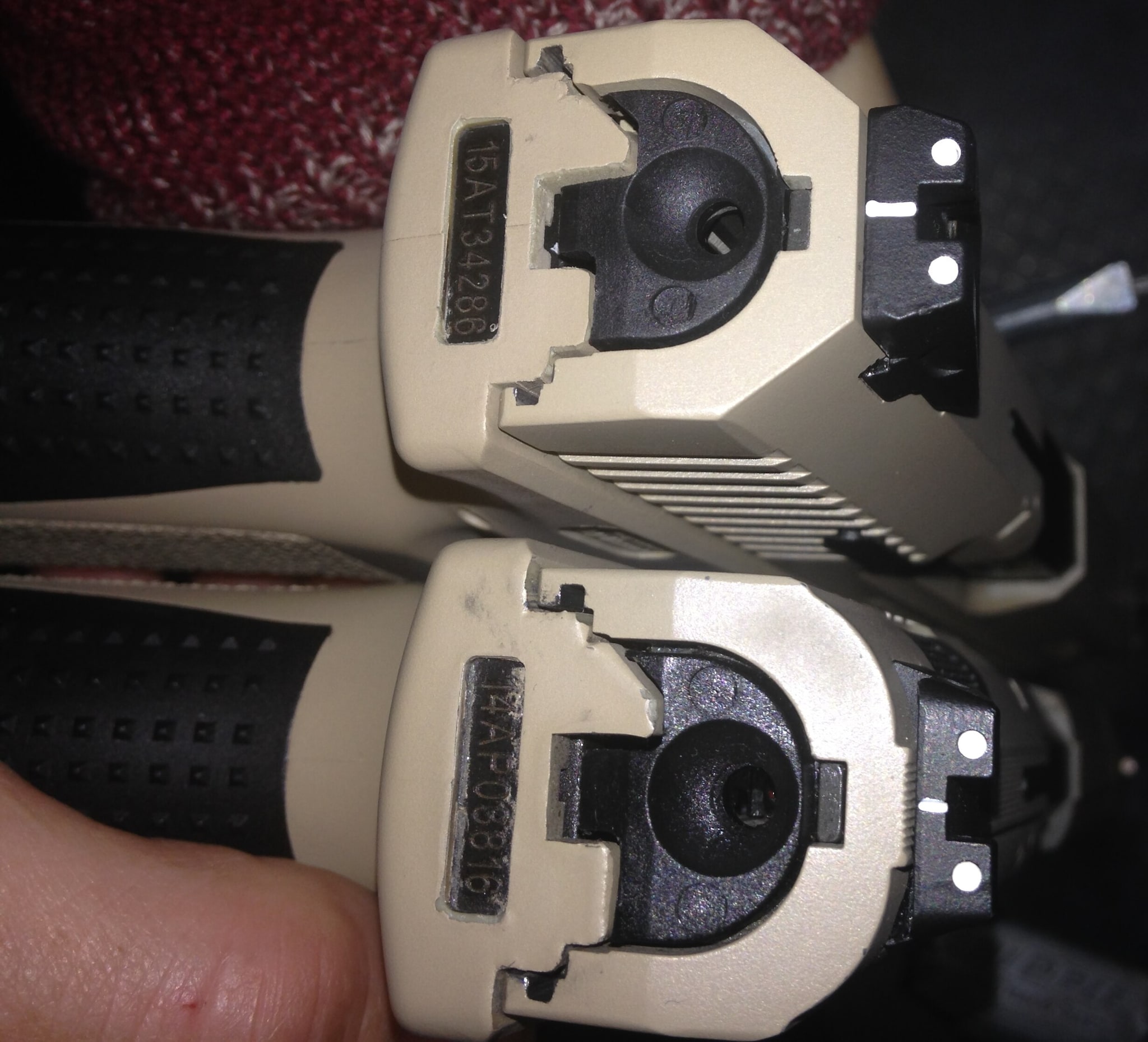 Music to this TP9SA owner’s ears is that Century Arms is courting some major holster manufacturers to offer more options than current IWB offerings and the Blackhawk! Serpa knockoff that comes standard with the gun. It’s okay, but I’ve been yearning for a level one. OWB holster for this pistol. The retention feature on the one Canik provides has a dubious history of safety and has prevented me from using this gun in classes where Serpas are prohibited.

Century Arms has all versions of the TP9 shown in its 2016 online catalog. MSRP for the desert tan TP9SF is $399. Following the lead of TP9 pricing, I’d expect actual retail to be around $360 for the tan, and $340 for the black model.

The TP9SA has earned favor in the past year as my favorite sidearm, and I’m glad to see that others are recognizing it for performance and value.