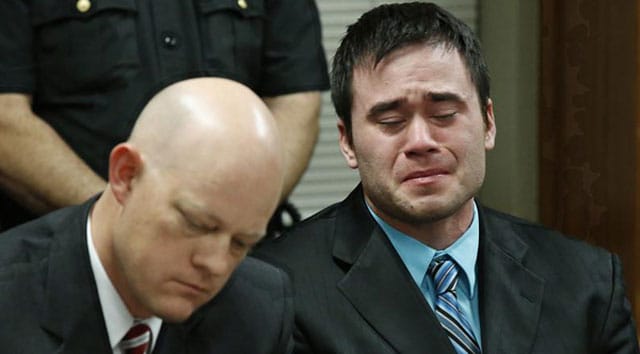 Holtzclaw, who will serve his time in an out-of-state facility, was sent directly to prison after he waived his right to remain in the county jail for the next 10 days. (Photo: Sue Ogrocki / Associated Press)

A former Oklahoma City police officer will spend the rest of his life behind bars for the rape and sexual assault of a number of women, including a grandmother in her 50s and a 17-year-old girl, a jury of his peers concluded in court Thursday.

Daniel Holtzclaw, 29, was handed a 263-year sentence following a Dec. 18 conviction of 18 of the 36 counts for which he was facing, which included four counts of first-degree rape, according to the Associated Press. Other counts included second-degree rape, sexual battery and forcible oral sodomy. Holtzclaw was originally accused of sex crimes against 13 women and convicted on eight of the cases.

The prosecution argued that Holtzclaw, who performed the acts while on duty, abused his position of power and preyed on black women in low-income areas.

“He didn’t choose CEOs or soccer moms; he chose women he could count on not telling what he was doing,” said prosecutor Lori McConnell during closing arguments. “He counted on the fact no one would believe them and no one would care.”

The court heard from three of Holtzclaw’s victims, each recounting how their worlds have been turned upside down as a result of his actions. Among those victims was a grandmother who reported the abuse to authorities in June 2014, which, in turn, set off the investigation and subsequent termination of Holtzclaw’s employment as a law enforcement officer. 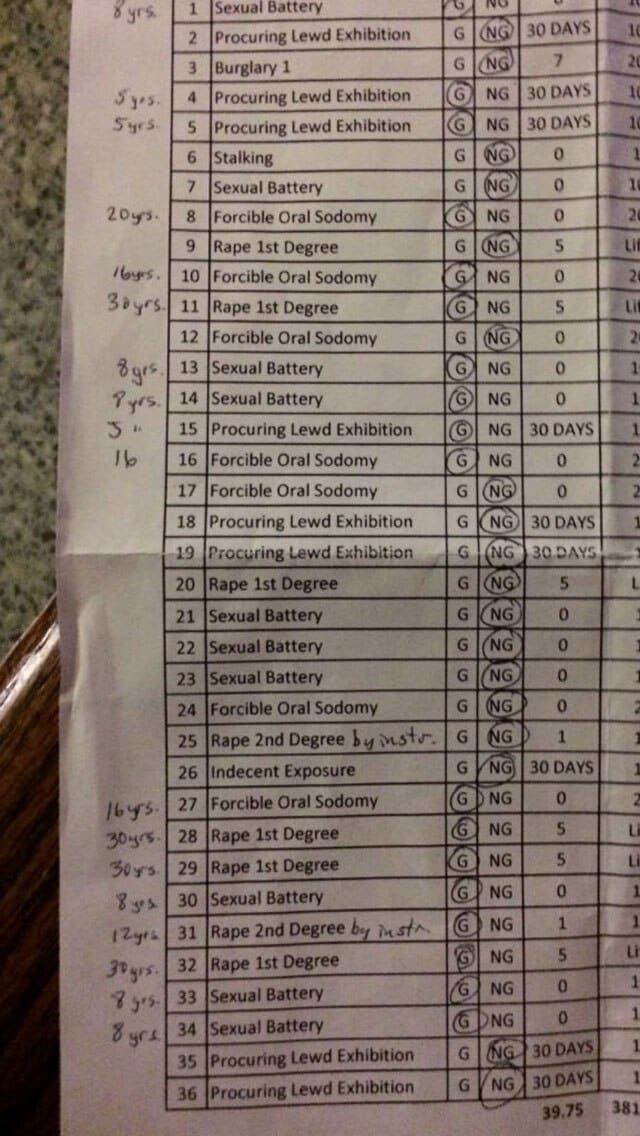 “I was afraid for my life. I kept begging him, ‘Sir, please don’t make me do this,’” one victim told the court.

Another girl, who was just 17-years-old at the time of her encounter with Holtzclaw, said the officer had given her a ride to her mother’s home, at such time he touched her inappropriately. She said Holtzclaw took her life away.

“I was out there alone and helpless, didn’t know what to do,” the young lady said in an impact statement. “And in my mind, all I could think was that he was going to shoot me, he was going to kill me.”

Another victim accused Holtzclaw of forcing himself on her while she was handcuffed to a hospital bed.

“I was speechless, I was scared,” she recalled. “When everything was going down — I just, I felt — I mean, I was scared, I didn’t know what to do. I felt like I was in survival mode, so I had to do what he was making me do.”

Holtzclaw, however, has maintained his innocence through the entire trial, although his attorney, Scott Adams, said the sentence “wasn’t a surprise.” Adams filed a motion for a new trial, citing an Oklahoma City detective’s post on social media indicating evidence “was withheld from the defense by the government.” The motion was denied.