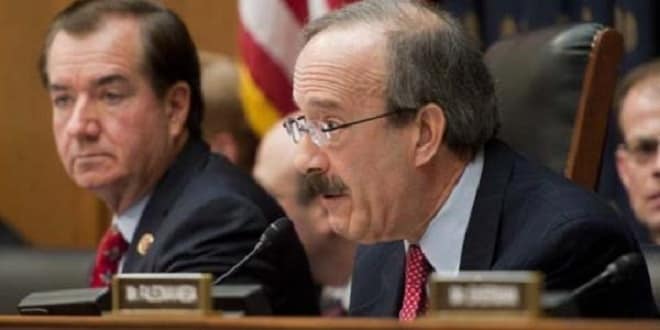 U.S. Rep. Eliot Engel, D-NY, wants the Obama administration to do more to stop legal importation of guns into the country for sporting purposes. (Photo: democrats-foreignaffairs.house.gov)

A coalition of Democrats in the U.S. House wrote the White House this week in an effort to ask the President to take executive action to ban imports of what they term “military-style assault weapons.”

The letter was initiated by New York Rep. Eliot Engel, the highest-ranking Democrat on the House Foreign Affairs Committee and signed by 91 other lawmakers in Congress. In it, they applaud the President’s recent actions on domestic gun control and ask the nation’s chief executive to increase restrictions on the importation of firearms from overseas.

“We are all familiar by now with how popular weapons like these are among terrorists and mass shooters,” said Engel in a statement. “Sayed Farook and Tashfeen Malik, Robert Dear, Muhammad Abdulazeez and others used semiautomatic assault rifles to kill and wound dozens in the name of their warped ideologies. Stemming the flow of these weapons into the United States would help to temper the danger these weapons pose, and so we thank you for your attention to this urgent matter.”

The Gun Control Act of 1968 restricts the importation of firearms into the country from abroad with some strictly enforced exceptions including guns that can be made readily adaptable to “sporting purposes” as defined by a number of physical features such as size and caliber. In 1989 and 1998 the Bureau of Alcohol, Tobacco, Firearms and Explosives conducted studies aimed at further defining the sporting purpose test to cover guns used in such traditional tasks as hunting and the shooting sports while not taking into account guns used in “plinking” or in practical shooting and self-defense.

Now, Eliot and his fellow Democrats are arguing the long-existing guidelines are too broad and more needs to be done.

“Unfortunately, current guidance treats these terms too narrowly, focusing only on the inclusion of specific parts and components,” reads his letter. “This scheme risks losing sight of the threat posed by such powerful weapons, which were designed for the military and clearly have no sporting purpose. Further, focusing on parts and components creates a loophole whereby minor cosmetic changes to a non-sporting weapon can permit its import.”

The answer, as advocated by the lawmaker, “It’s time to develop a new policy that will strengthen enforcement of the Gun Control Act and eliminate these loopholes.”

In a similar letter sent to the President in 2014, Eliot called for a ban on importation of all semiautomatic rifles, regardless of caliber, that can accept or be readily converted to accept any large-capacity ammunition magazine of more than 10 rounds as well as frames or receivers and prohibiting importers from working around any new restrictions by “sporterizing” their weapons such as with thumbhole stocks.

Gun industry representatives at the time told Guns.com that proposals such as Eliot’s do nothing to make communities safer.