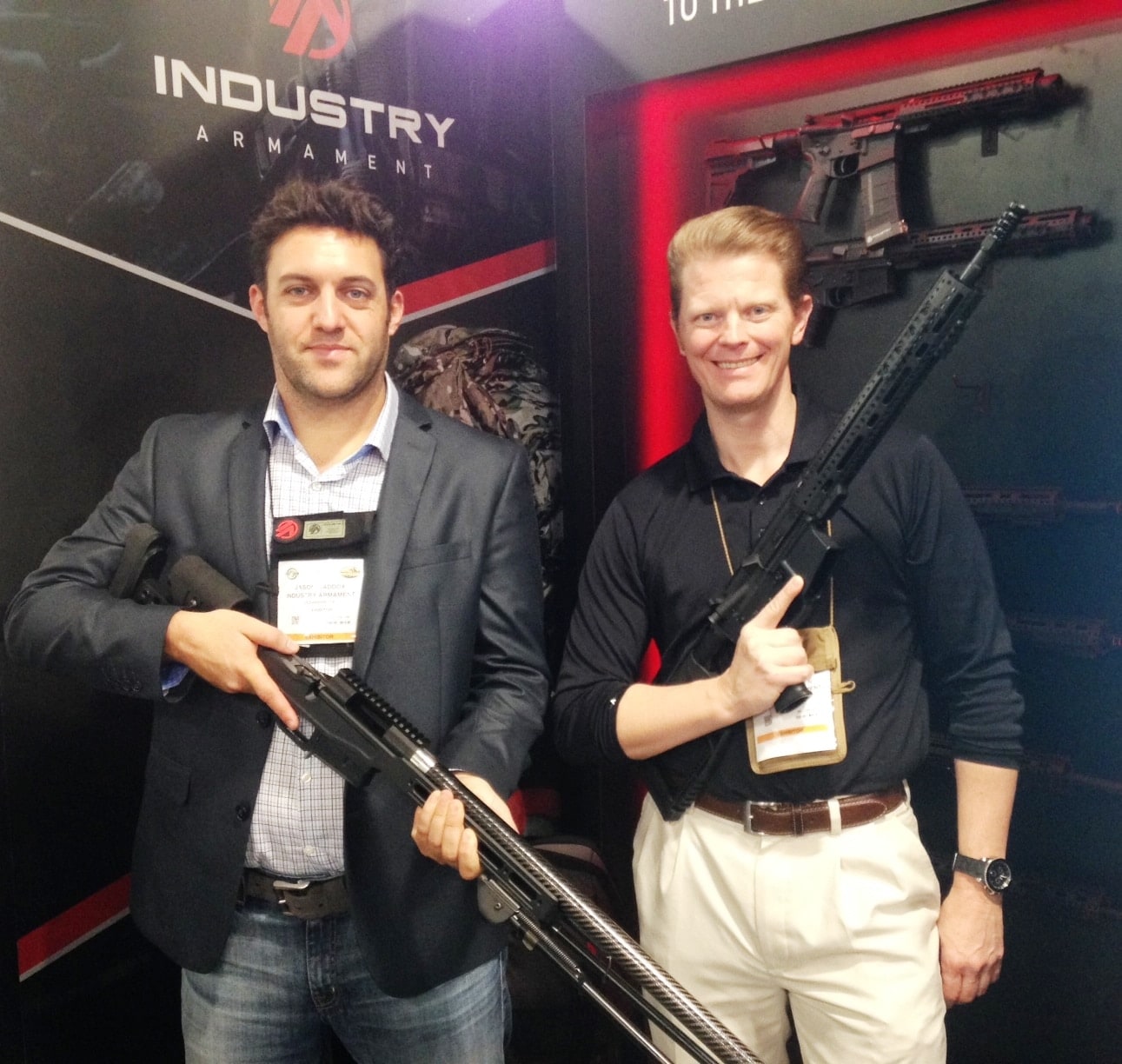 Industry Armament is a relatively new company, growing in size and scope. It’s array of progressively-styled rifles, gear, and 1911s are a testament to a vision of no-holds-barred improvement.

CEO Bryce Stirlen espouses a dual purpose for IA — to provide the market with superior firearms, and to make a positive impact on the world. The latter, he said he accomplishes through hiring talented U.S. combat veterans who drive research, development, testing and marketing. Most IA employees are veterans.

Currently on prototype status, with rollout set for summer 2016, are a new strain of AR-platform precision .308 rifles with carbon fiber-cased barrels and other high-tech components.

For sale now in the low-$1,000s are a slew of AR-15 pistols and rifles, some of which are sub-MOA shooters. IA boasts not of producing any one outstanding component, but of selecting the best currently available components, combined according to specs of the three-gun competitors and the law enforcement agencies it has gained as partners. The result, they say, is a precision AR package for much less investment than a single build requires. They aim to pass the company’s bulk purchasing power on to the buyer. The company is also pursuing the competition 1911 niche, jumping into that market in a big way this year with the purchase of Scottsdale, Arizona-based Predator Tactical, which showcased several models with silk–smooth slide action and almost unbelievably crisp triggers.

These models run upwards of $3,000. They’re working to scale the easy-operating features to cater to the law enforcement market, with prices being in agency range. Predator Tactical founder and professional shooter Matt Burkett remains on board in an advisory capacity.

IA is pushing the envelope of rifle/pistol construction and performance, while also supporting veterans who are establishing civilian careers and gaining a foothold in the firearms industry. The company has big dreams, and I look for big results to follow in years to come.