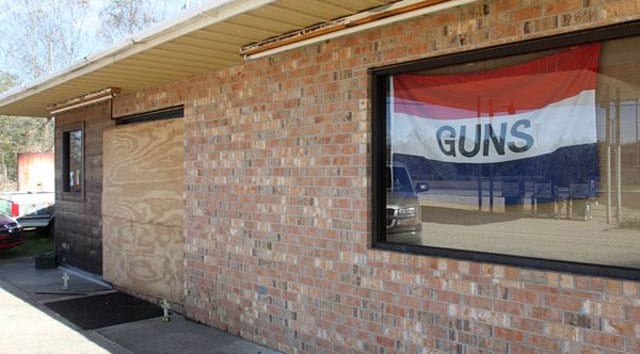 The family’s gun shop remains closed, with the front entranced boarded up and a makeshift memorial nearby displaying crosses and cards expressing condolences to the MeLemore family. (Photo: John Fitzhugh / Sun Herald)

A father and son are dead and another father and son remain in serious condition after an apparent argument over a gunsmithing charge at a Picayune, Mississippi, gun shop led to a shootout between the two families Saturday afternoon.

The shop owner’s wife was at the business alone when Audy McCool, 52, and his son, Michael McCool, 29, came into the shop around 3 p.m. to pick up a firearm that had previously been left for repairs. But according to Chief Deputy Shane Tucker, the transaction did not go smoothly.

“There was some contention about a $25 fee,” Tucker told the Sun Herald.

So the woman called her husband, Jason McLemore, 44, and he came to the shop along with the couple’s 17-year-old son, Jacob, to discuss the bill, but at some point the contention escalated to a physical level. Tucker said there may have been “some pushing and shoving” and at some point one of the parties produced a firearm, prompting the opposite party to produce one as well.

Tucker said authorities are still sorting through the details and trying to figure out exactly what transpired. It’s unknown at this time who fired first, but all four men were shot. The McLemore father and son were both shot multiple times by Michael McCool with a .40-caliber pistol, according to reports from WLOX. They were both pronounced dead at the scene. 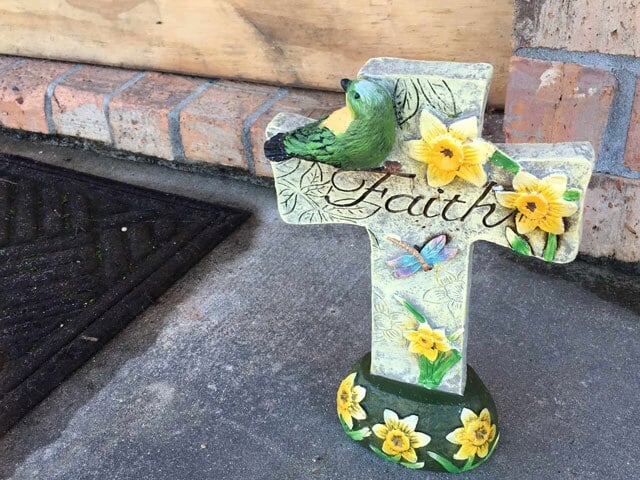 A cross sits outside the entrance of the gun shop where the deadly shootout occurred. (Photo: WLOX)

Responding officers found Audy McCool walking around outside near the shop with a gunshot wound to his back, his son apparently injured as well. The McCool father and son were transported to the hospital, where Audy underwent surgery. His current condition is not known at this time. Michael McCool remains in intensive care and was lasted listed in stable condition. Both men were said to have sustained life-threatening injures. Mrs. McLemore was apparently uninjured in the shootout.

At this point, no charges have been filed, but the investigation is far from over.

“There will be lots of work to sift through, the evidence collected and statements, and see where that steers the investigation,” Tucker said, adding that could take weeks or even months.