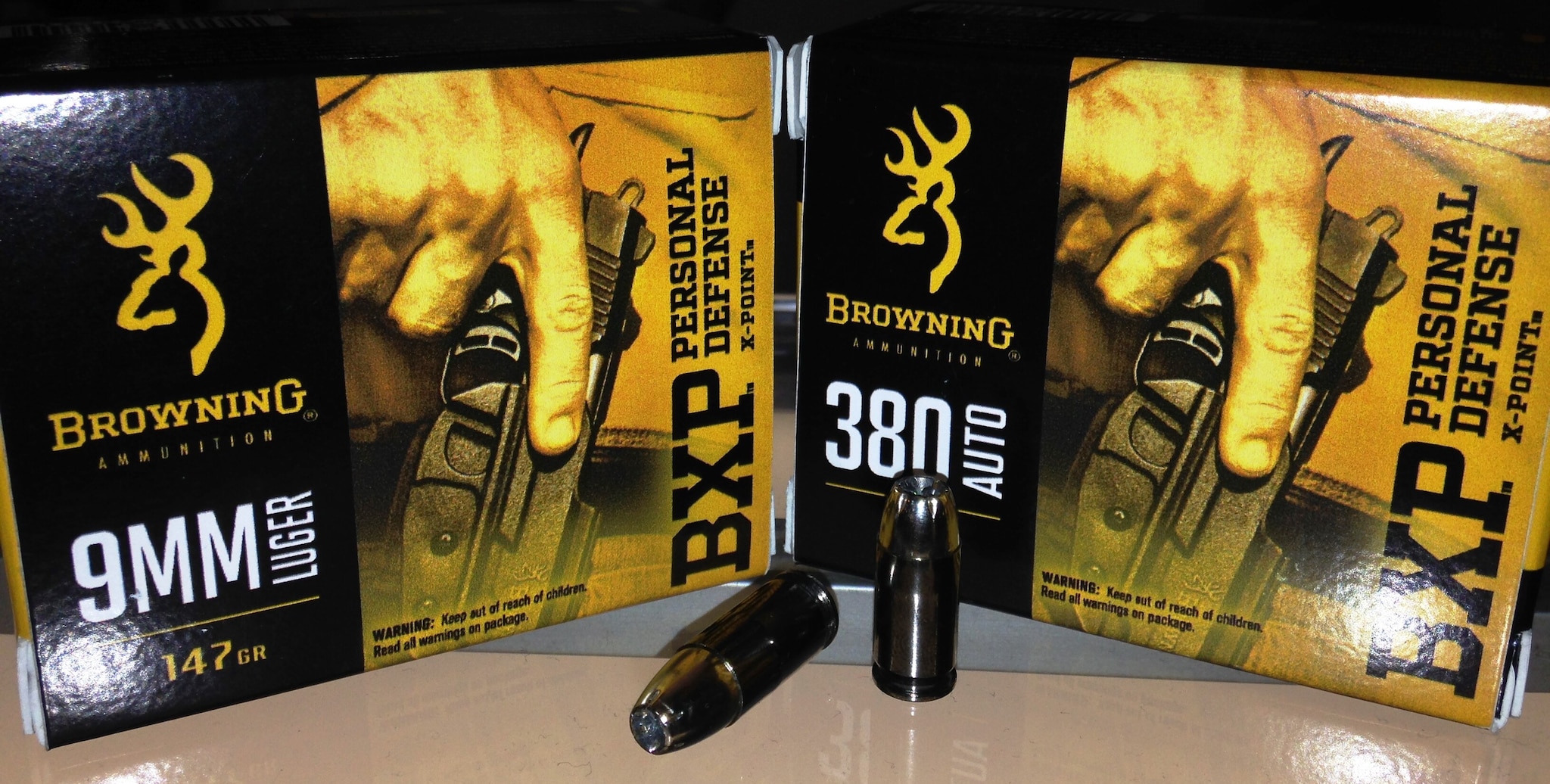 It’s a bit poignant to this old rocker that Glenn Frey, who co-wrote and performed New Kid in Town with the Eagles, crossed the line into the annals of music history last week. At the same time, many new players on the block were showing off their wares at SHOT Show 2016.

One new kid in the ammo game isn’t new, but is riffing a brand new rendition of an old tune. The venerable Browning company just unveiled a line of ammo after a 30-year hiatus from ammo production. 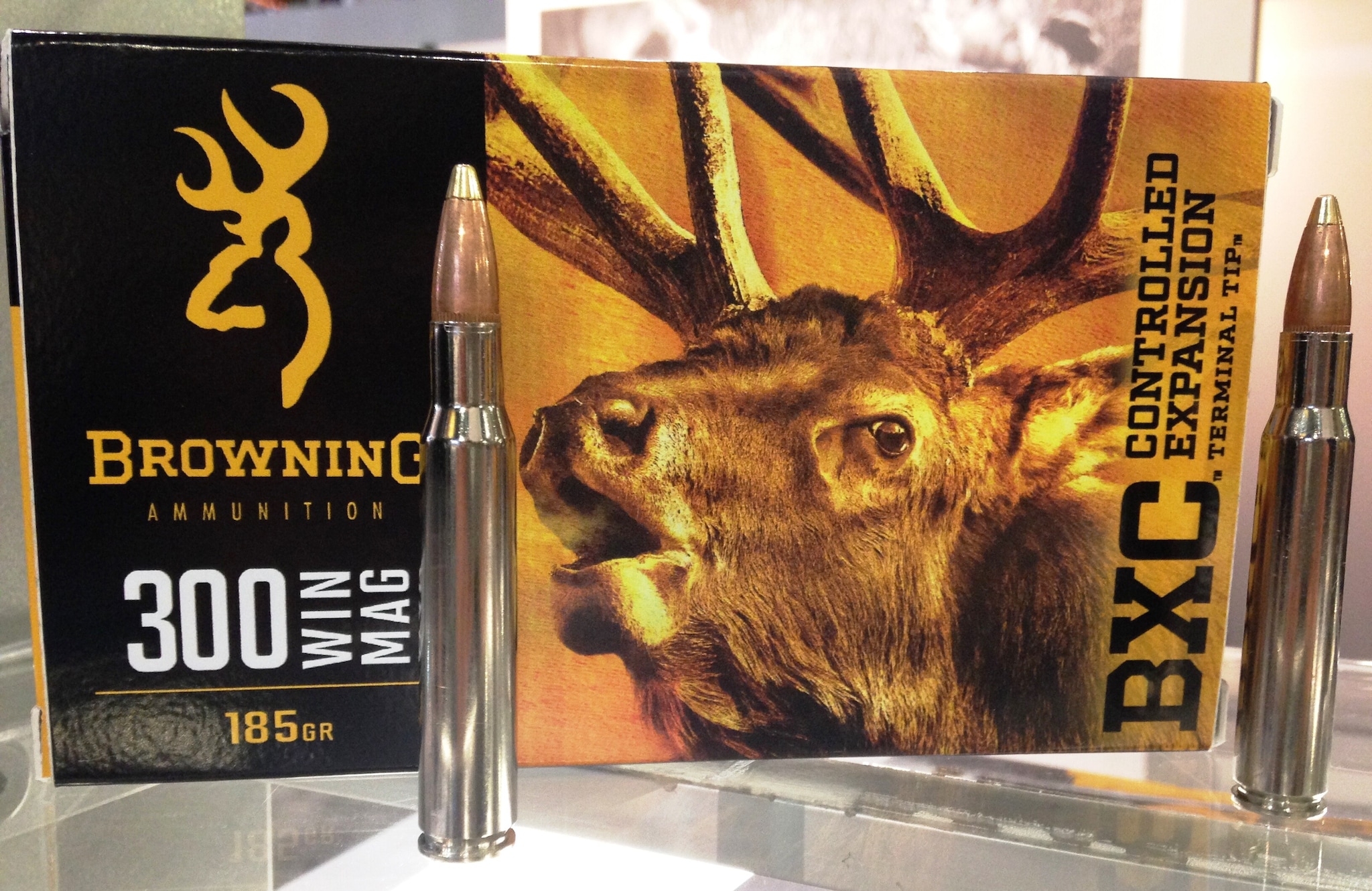 Browning Ammunition jumped back into this growing market with both feet, and is showing off a line of hunting, target, and defensive ammunition.

For big game, they’re offering a round with a copper/polymer combo bullet, designed to create the optimum wound channel in the target area of the animal of choice. The BXR Rapid Expansion rounds, for example, are designed to expend energy rapidly upon impact, within a space that is also the average thickness of a deer or antelope.

The BXC Controlled Expansion is designed for full expansion at around 15 inches, to achieve effective and humane kills on larger game like elk. BXR is available in seven popular hunting calibers and BXC is offered in six. 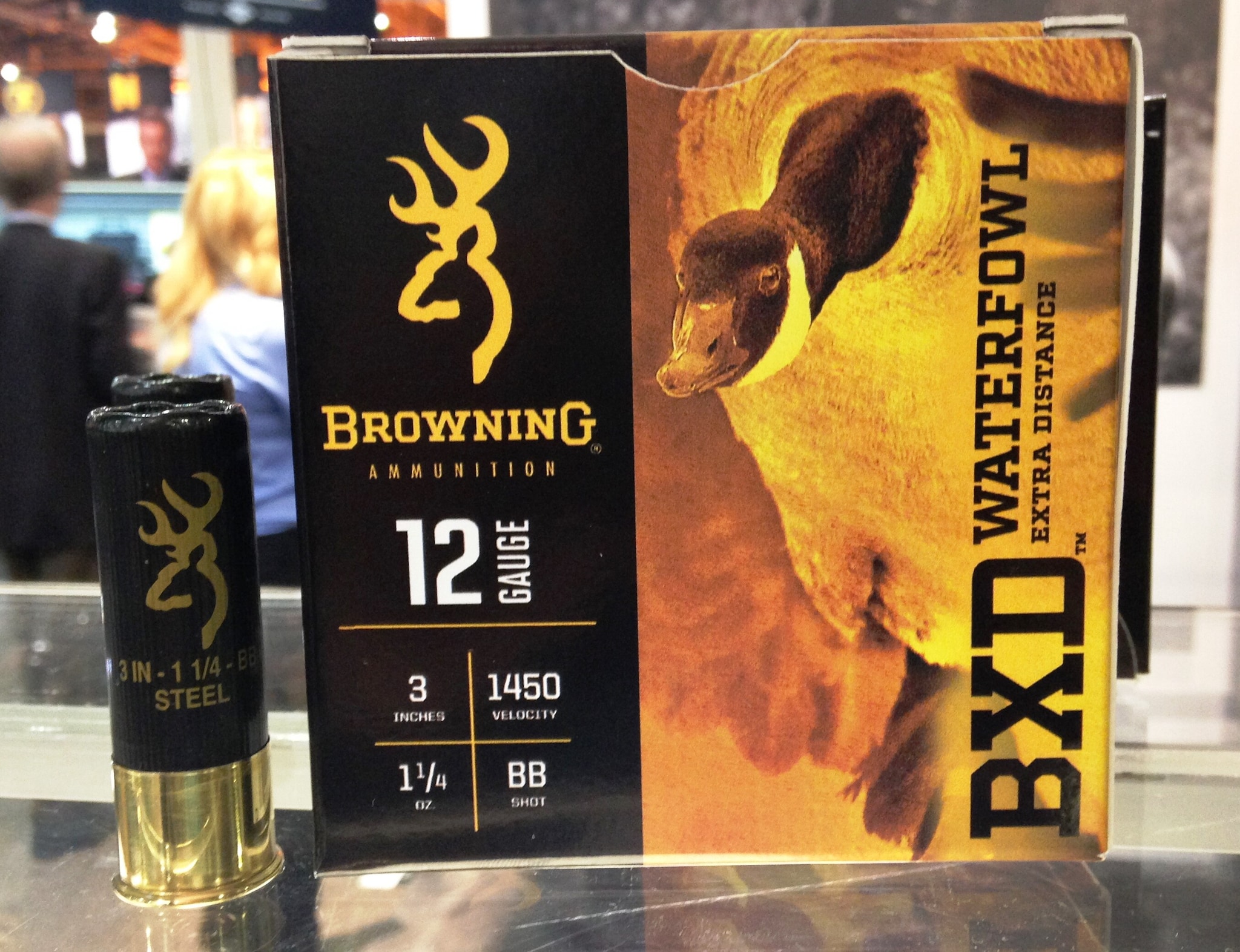 Development was taken equally seriously where shotgun loads are concerned. The company showed off separate loads for specific game, BXD Waterfowl and BXD Upland. Wads are textured on the outer surface to achieve long, tight shot patterns. The waterfowl shot is plated round steel; the upland shot is nickel plated. There’s a clays load also, BPT Performance Target, which has a smooth, sturdy hull for reliable ejection. 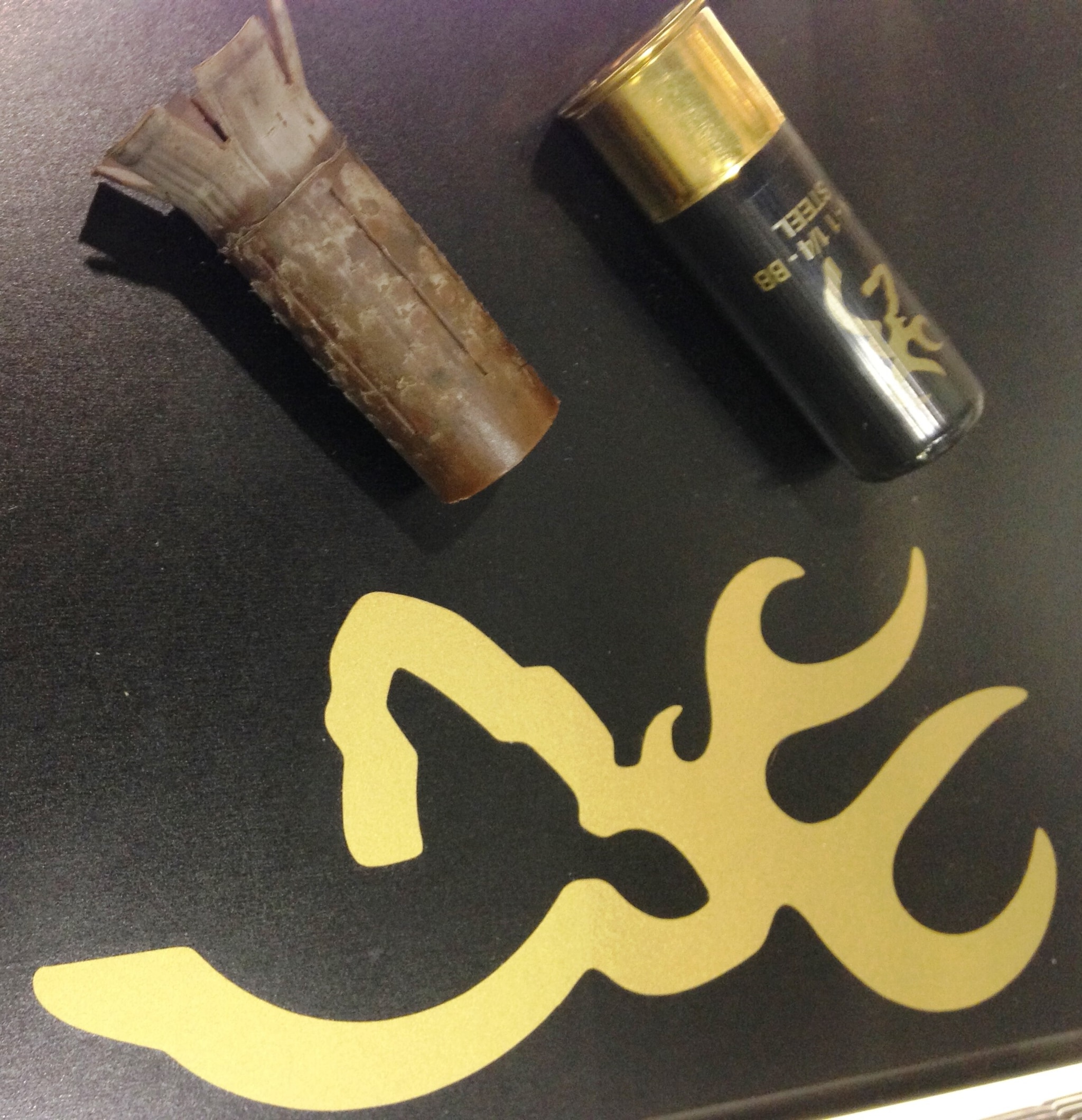 The wad is designed for a long, tight shot pattern. (Photo: Eve Flanigan)

A unique feature of this new defensive ammunition is a solid X-shaped structure inside the hollow point, which Browning says results in a quicker energy dump and expansion on impact as compared to competitors’ HP products. The casing is nickel.

Browning has invested substantial resources into research and development. It’s also taking an interesting, appealing approach to marketing that caters to the throngs of new shooters entering today’s market without the benefit of experience in ammo parlance. The attractive box designs show the intended use of the ammunition. For example, a squirrel is featured on the .22 varmint  box. The .300 Win Mag box has a bull elk on it, and so on. Pricing will be less than most premium and more than the average mass-market brands.

Browning’s goal with its new product, explained by a company rep at SHOT Show 2016, is to fill a niche in the market between very high-quality, expensive premium ammunition and less expensive, and perhaps less accurate loads.

Customers will be able to purchase Browning ammunition in mid-2016. If you’re into high-quality, clean-burning ammunition that surely has better accuracy than many lower-priced brands, keep an eye out for Browning at your retailer’s store or website. It’s worth checking out — Browning is definitely not a Johnny-come-lately.