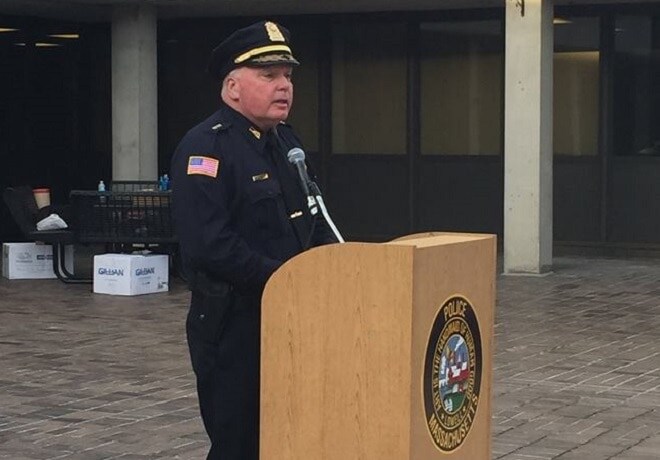 The fourth largest city in Massachusetts will soon add a written essay to its already complicated process to achieve a rarely granted concealed carry permit.

Lowell Police have issued more than 6,000 gun licenses under state law, but almost all are restricted to gun owners using their firearms only for hunting or at the shooting range and not for concealed carry.

Currently the city requires applicants to complete an arduous three-month process to obtain an unrestricted license, including passing a safety course, paying a $100 fee, completion of a background check and an interview with a detective.

Now, officials want to add a written essay, proof of prior concealed carry experience or military or law-enforcement service and signed recommendations from friends to the process. Further, the police chief could mandate an additional training course.

“We wanted to make sure we allowed people to exercise their constitutional right to carry a firearm, but do it with a balanced, reasonable approach,” police Superintendent William Taylor told the local CBS affiliate. “I don’t think there’s anything new in the policy that can’t be accomplished.”

However, the city has something of a track record when it comes to refusing permits under the current scheme even without the new hoops to jump through.

A state gun rights group, Commonwealth Second Amendment (Comm2A), has spent the past year embroiled in a lawsuit in the case of Batty et al v. Albertelli et al with not only Lowell but also Winchester and Weymouth in federal court over their strict non-issuance of unrestricted carry licenses by those cities. One of the plaintiffs in Batty, Matt Wolf, moved to Lowell from another city in Massachusetts where he had a permit in 2014 but was denied by Taylor who told the applicant through a detective the department only issued unrestricted licenses to police officers, owners of businesses who carried cash, and documented victims of violent crime.

Now with the new guidelines adopted last week by the city council, potential applicants are not amused.

“I will never write an essay to get my rights as an American citizen,” resident Dan Gannon told the Lowell Sun. Another resident bemoaned the possible new training course mandate, advising one such course researched cost $1,100 and was spread over five days.

The Gun Owners Action League of Massachusetts posted a satirical example essay directed at Taylor’s new policy, comparing the process to obtain a carry permit to the one to vote.

“Last April I paid the $100.00 to take the mandatory voter education courses and had my hands on training at the voting booth,” reads the essay in part. “I have also passed all background checks and have proven without a doubt that I am eligible to vote, please see attached documentation including the copy of my voter education training.”

Representatives with the Lowell Police told Guns.com Monday that guidelines for the essay process are still being firmed up so they could not provide requirements as to format or desired word count. Officials state this should be available in the next two weeks and they will start scheduling appointments for interviews moving forward sometime after that.