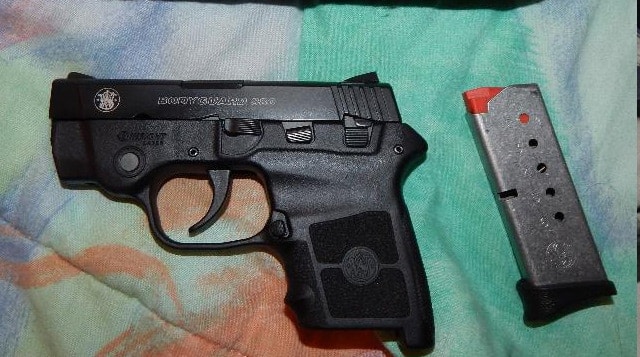 A lawsuit filed against Smith & Wesson in federal court last Thursday alleges that the plaintiff lost a finger due to a defective part on an unaltered .380 Bodyguard firearm.

Randy and Vicki McNeal, of Trimble, Tennessee, are seeking $75,000 in compensation as well as legal fees from the Massachusetts-based firearms manufacturer as a result of injuries received when Randy McNeal attempted to operate the firearm, which the plaintiffs alleged was “damaged, defective and unreasonably dangerous” when first manufactured, according to the complaint.

According to the complaint, McNeal bought the gun for his wife from a dealer in Jonesborough, Tennessee, in August of 2011, and no alterations were made to the firearm since its purchase.

The injury occurred approximately two years later, in December 2013, when he was attempting to make the gun safe to show a friend at On Target Guns and Indoor Range in Murfreesboro, Tennessee.

According to the complaint, McNeal attempted to lock the slide back to ensure the chamber was empty, but due to an obstruction the slide wouldn’t come back all the way and lock into place. In an attempt to correct the problem, McNeal “briskly drew back the slide several times,” while following instructions from the gun’s safety manual.

However, the gun slipped from his grip, and when McNeal caught it, the firearm accidentally discharged, hitting his left small finger, ultimately leading to a need to amputate, the complaint says.

The plaintiffs, who reportedly had a firearms expert inspect the weapon, allege that the reason the gun could not be made safe – and ultimately the cause of the injury – was because of a loose screw on the built-in laser sight, which they say is “a defect/quality control issue.”

The McNeals also allege in the complaint that this is an ongoing issue with this particular firearm, and the problem was known to the gun manufacturer prior to their purchase of the gun.

Provided as evidence of the ongoing nature of the problem are several screenshots from the Smith & Wesson online forum — dating back to 2010 – indicating similar problems with the screw on the built-in laser sight.

According to the complaint, referring to several forum posts,  “This defect/quality control issue can manifest right out of the box with less than 100 rounds fired or after 300-400 rounds have been fired or anywhere in between.”

Although there is no evidence of Smith & Wesson ever recalling the .380 Bodyguard, a quick Google search for “Smith & Wesson .380 Bodyguard + Recall” returns several forum posts and other links related to people encountering problems with the build-in laser sight.

However, the McNeals also point to Smith and Wesson’s 2014 redesign of the firearm with a new built-in laser sight, and the company’s offer to retrofit the original design with the new laser sight upon request, as evidence of the defendant’s knowledge of the defect and culpability for the gun’s defectiveness.

But according to correspondence from Clem Trischler — Smith & Wesson’s legal representation – the gun manufacturer denies any responsibility for the injuries sustained by McNeal due to the fact that the neither the firing mechanism or the safety features were found to be defective.

While Trischler does acknowledge that the plaintiff’s firearms consultant found the laser screw to be loose, and it appears that the screw positioning might have interfered with the slide’s ability to retract fully, he added that “the only thing that will cause the round to fire is pulling the trigger.”

“Even if we were to assume that this maintenance condition existed at the time of the accident, there is nothing about the position of the laser screw that will cause the firearm to discharge in an unintended manner,” Trischler said in his letter.

According to the complaint, the original case was dismissed from federal court in January 2015.