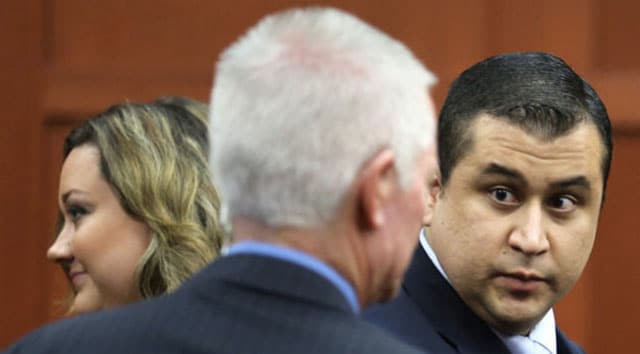 After more than two years, the divorce between George Zimmerman and his now former wife, Shellie, is final as of Tuesday.

The couple, who married in 2007, filed for divorce shortly after Zimmerman’s second-degree murder trial ended, but disputes over assets – real, imagined and hoped-for – dragged the legal battle out for some time.

Apparently the couple was anticipating a hefty payout from a defamation lawsuit Zimmerman, now 32, filed against NBC Universal Media LLC, but the lawsuit was tossed out by a judge and Zimmerman received nothing, after an appeal was also shot down.

In the end, Zimmerman got to keep his 2008 Honda pickup, as well as the couple’s dog, but he is now responsible for all of his own debts, including the $2.5 million he reportedly still owes Mark O’Mara, who represented him during his infamous trial and subsequent acquittal.

Zimmerman was also responsible for cutting Shellie a check for $166,000, but – as with Zimmerman – her own debts, including her loans for nursing school, are now her own problem.

The good news is that if Zimmerman ever sells his life story, the profits from said endeavor all belong to him, but the same goes for his ex-wife, who likely has a story of her own to tell.

The couple seems somewhat satisfied that the divorce is finally over and done with.

“The Zimmerman affair has indeed ended in the proverbial whimper, not a bang,” said Shellie’s attorney, Kelly Sims.

“I’m honestly thinking I’m happy,” Zimmerman said of the divorce. ”I can start a new chapter in my life.”