Time for an AK makeover? Strike Industries is ready to help 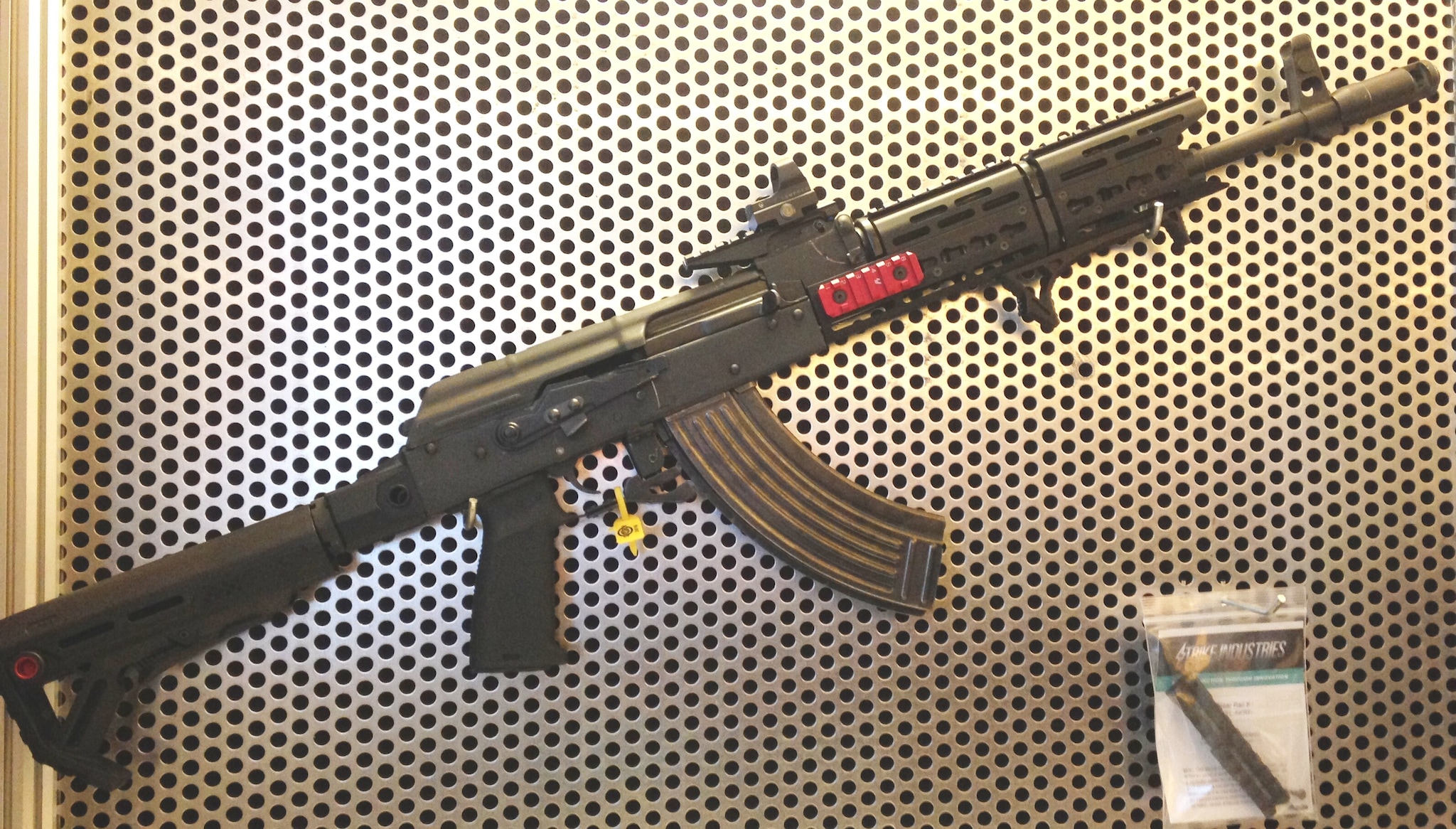 Love your AK carbine but secretly wishing for AR conveniences? California-based Strike Industries has made your wish its command. On display at the company’s booth during SHOT Show 2016 was a line of modular components to outfit the tactical AK. 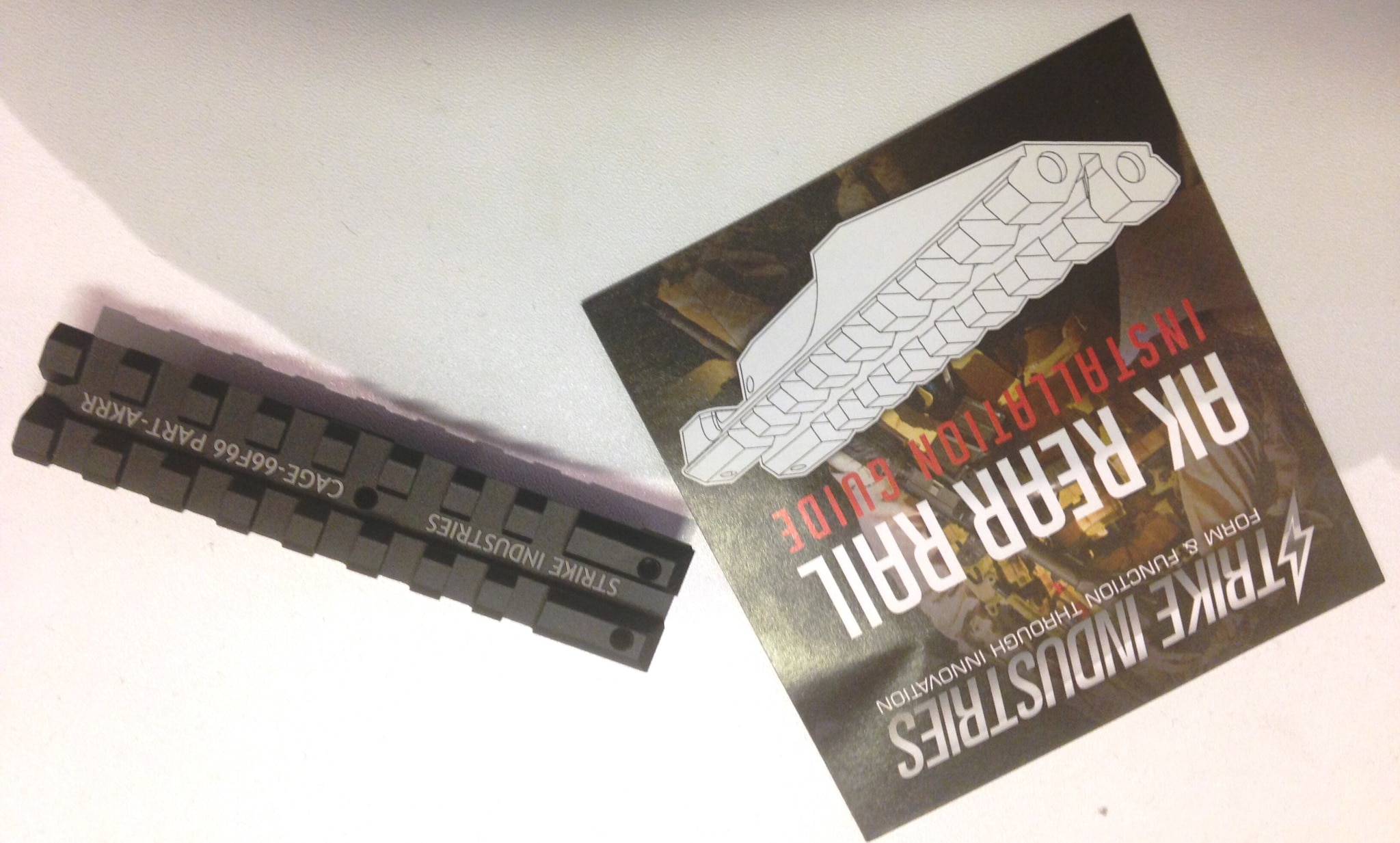 To be completely honest, I first visited the Strike Industries booth to check out its magazine extension for the Glock 42/43 that adds precious capacity. But the AK display was so original and fills such a long-lived industry void, that I decided the Glock product could wait. 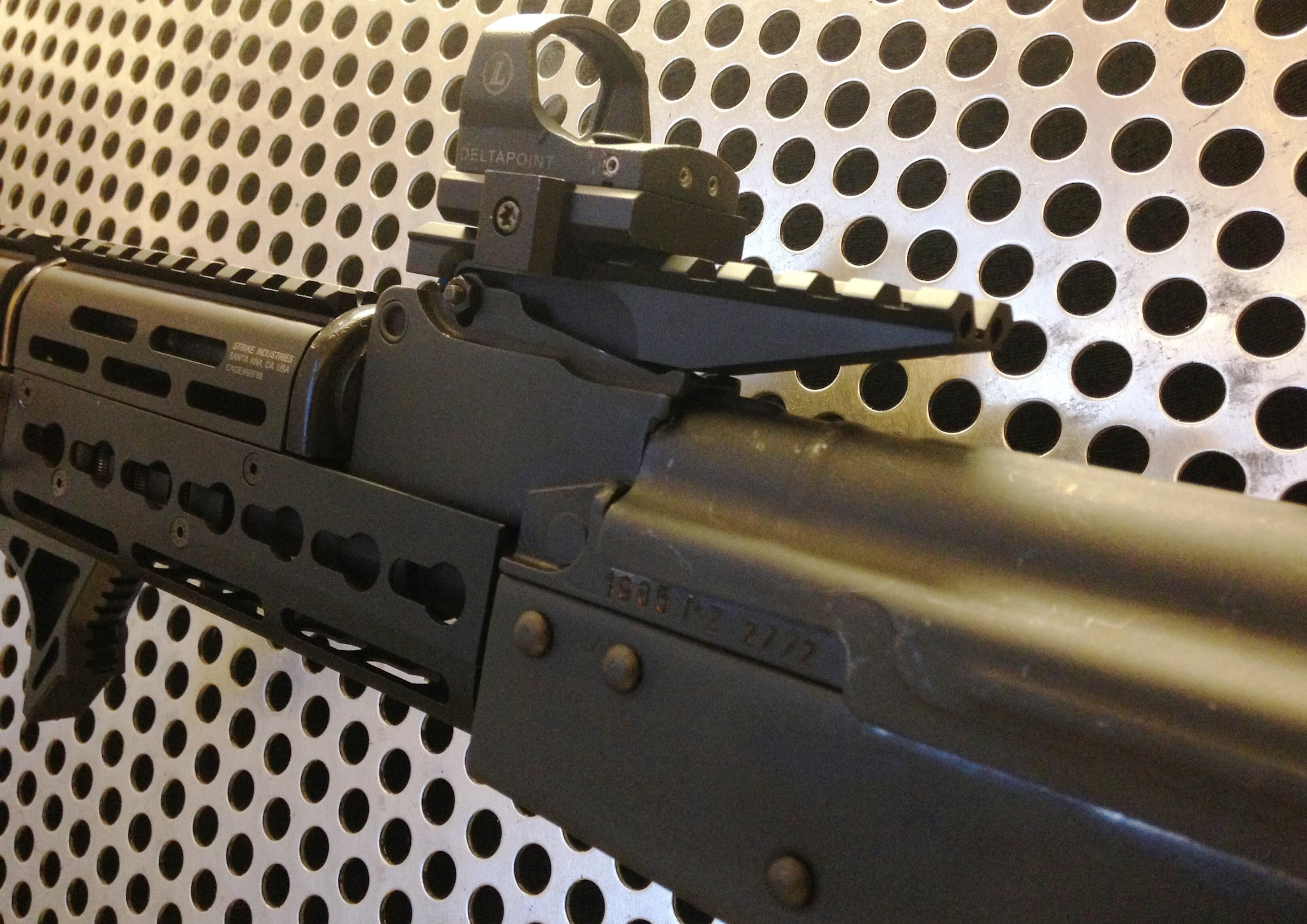 From back to front of the gun, Strike has lots of useful AK accessories. We’ll look at the external ones here, starting with a stock adapter for $29.95 that converts the fixed stock of an AK to one that accepts a standard AR buffer tube and the collapsible AR stock of your choice.

A rear sight rail for $45 can replace the rear sight of the AK, making it possible to mount any standard red-dot optic on top. This really defeats lots of folks’ objections to making an AK their own or using one more often. 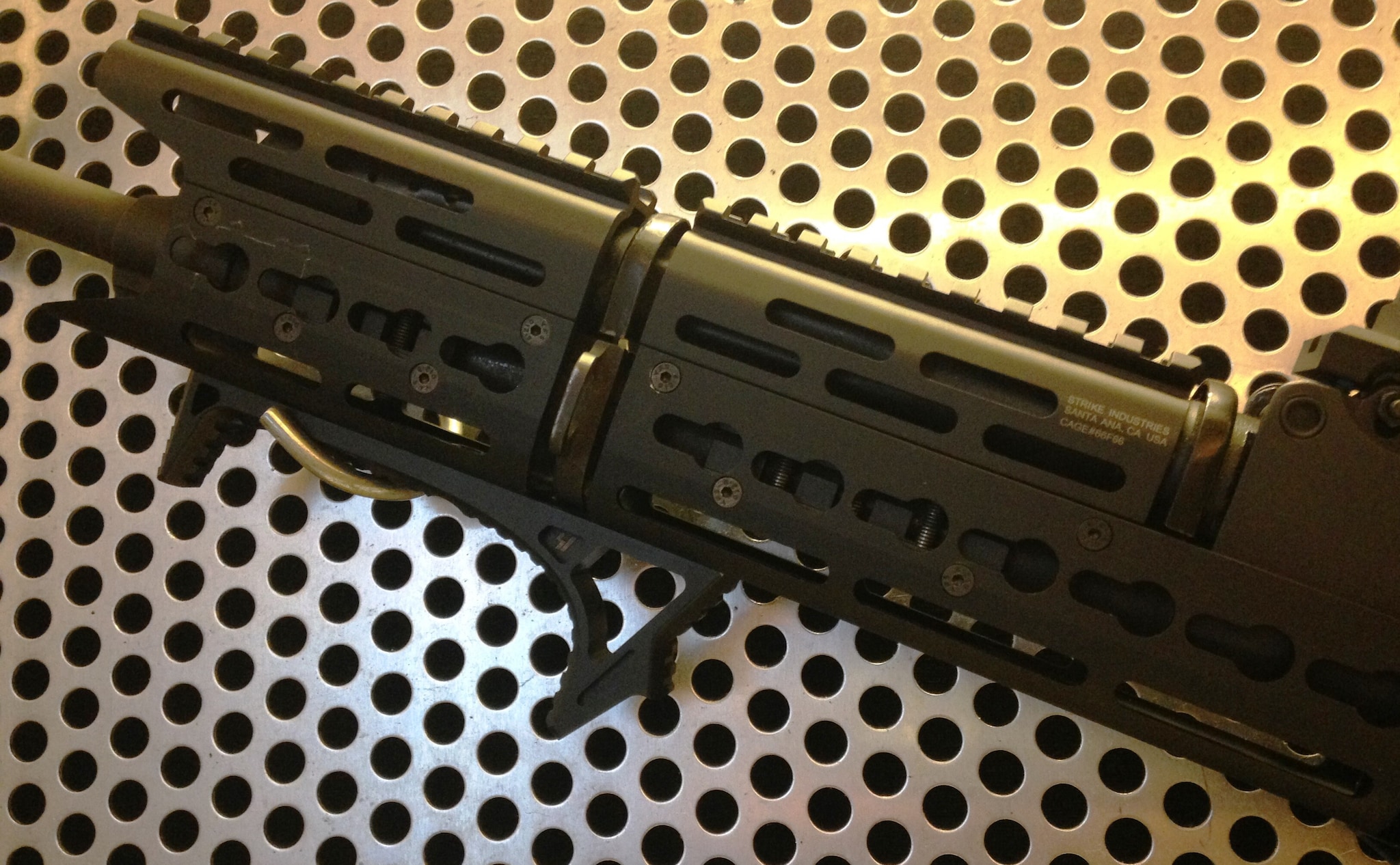 Another game-changing add-on is the Trax system of handguards. The lightweight, anodized aluminum cases can be placed around the barrel, beginning at the receiver and extending as far as the muzzle, depending on barrel length and whether the user adds the matching Trax II component to Trax I, the base component. These $89.95 accessories provide a veritable playground of wrap-around rail space for any accessory traditionally limited to the AR platform. 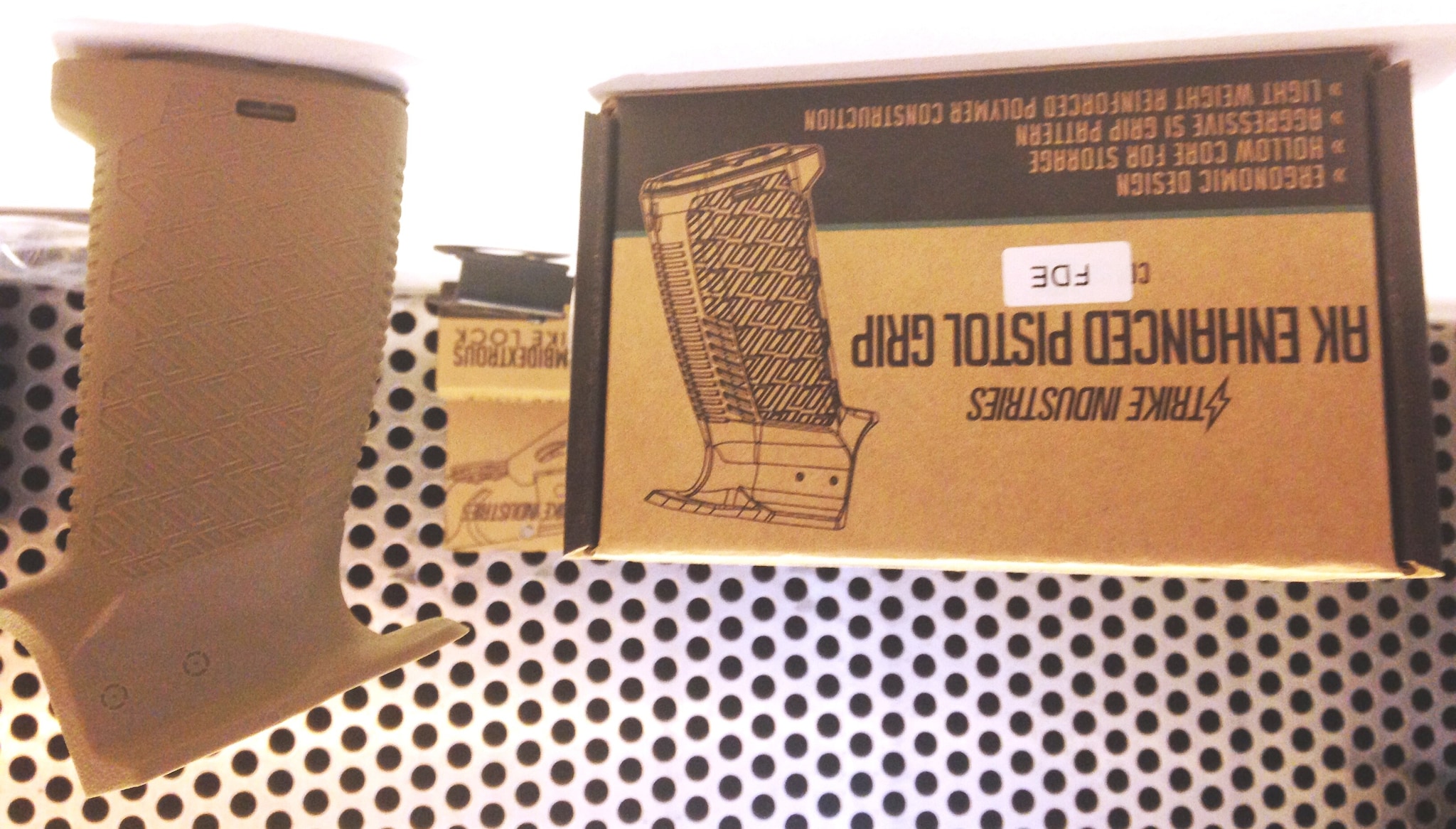 Grip choices abound, too. There’s a textured, lightweight firing hand grip for $18.95 in black or tan to improve handling. There are other AK components available—these are just the prominent external ones.

With these components, Strike Industries has taken concepts from wish to reality for many AK owners. Best of all, they’re affordable and accessible. If you want more flexibility from the AK platform, check them out.