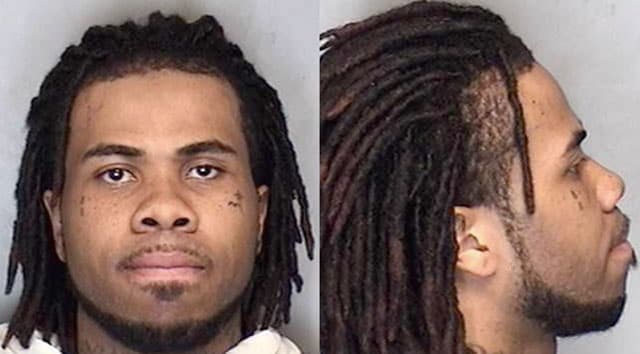 A 23-year-old woman watched her boyfriend die after being shot in the chest last April in Champaign, Illinois, and the woman – the only eyewitness willing to testify against the killer – identified the shooter to a jury Tuesday.

The man accused of killing Arsenio Carter, 27, is David Beverly, but Carter’s girlfriend, Dreshana Caston, told the courtroom that she knew Beverly by his street name – “Glocc.”

“I seen his tattoos, his hair, his face,” Caston told the jury, adding that Beverly was wearing a blue hospital glove at the time of the shooting.

Caston explained how her, Carter and her brother were in her SUV on April 10, returning to a barbecue at an apartment complex when the shooting occurred. Caston said she saw Beverly and another man, Deveonta Lindsey, approach her vehicle from the sideview mirror and she immediately got scared.

“I was very worried,” Caston recalled. “He was mean-mugging, like a mean face, like he got a problem.”

She said Lindsey just stood beside the car, silently, so she went to pull away. That’s when Beverly approached the car with a 9mm in his hand.

“As I was pulling out, he shot into my car at Arsenio and shot him in the chest,” Caston said, adding there were no words exchanged or anything before the shooting occurred, just silence.

Caston immediately drove to the emergency room of a nearby hospital, but Carter died about 30 minutes later. Right after the shooting, Caston identified Beverly as the shooter and he was arrested within a few hours. Although Caston’s brother witnessed the shooting as well, he currently lives in Atlanta and is not willing to come testify against Beverly.