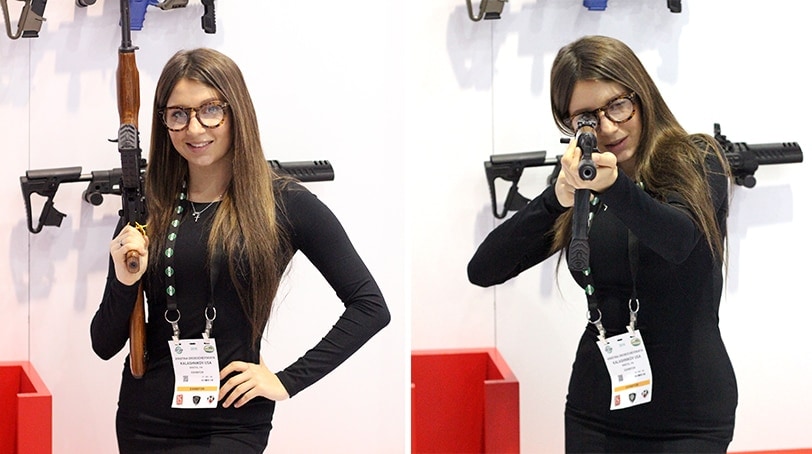 Kalashnikov, manufacturer of the well-known AK-47, will be allowed to assemble its Russian rifles in Florida, following recent approval by the city of Pompano Beach, located less than 40 miles north of Miami.

The warehouse Kalashnikov will occupy sits on a 550,048-square-foot parcel of land at the northern border of the town, according to business tax records. Kalashnikov’s license is for light manufacturing and assembly in Pompano Beach only, so it will have to sell through dealers elsewhere.

Manufacturing facilities should be set up by mid-February and the company plans on hiring soon, a Kalashnikov spokesperson told Guns.com Thursday.

It’s unclear why Kalashnikov has decided on the move, but it could involve local and state tax incentives. Florida Gov. Rick Scott in 2011 offered Colt $1.66 million in subsidies, but the deal was turned down for some reason. Colt would then go on to file for bankruptcy, only to pull itself out of a nosedive this month by negotiating a $200 million debt reduction plan.

The company forged in Moscow almost 70 years ago skirted U.S. sanctions placed on it by the Department of Treasury in 2014 by cutting its Russian ties, starting with Kalashnikov Concern, its Russian counterpart. The sanctions were a result of Russia’s backing of separatist militants in Ukraine and a failure to end the conflict there, the Obama administration said.

Kalashnikov USA stopped importing its AK-47s from Moscow, fired up manufacturing in Pennsylvania last year, and is rebranding itself as an American company.

The newly-cast U.S. AK-47 manufacturer was on hand at the 2016 SHOT Show in Las Vegas last week, where it showed Guns.com its wares, including a new line of rifles.