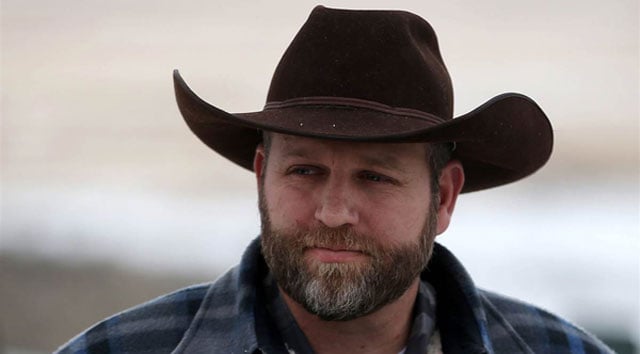 It’s unclear at this point how the deadly shooting occurred, but less than 24 hours later, Ammon Bundy called for retreat. (Photo: NBC)

After a grueling day that left more than half a dozen people in jail, one injured and another killed, Ammon Bundy, the man who has led armed protesters at a wildlife refuge in Burns, Oregon, urged the remaining protesters Wednesday to abandon the facility and go home, NBC News reported.

The group has been occupying the Malheur National Wildlife Refuge for more than three weeks, but the takeover came to a head Tuesday when federal agents and state police stopped members of the group, including Bundy, as they drove to the nearby city of John Day for a community meeting.

The confrontation did not remain peaceful, as Bundy’s brother, Ryan, was shot in the arm and
Robert “LaVoy” Finicum was shot and killed. Neither the Federal Bureau of Investigation nor the Oregon State Police have released details on what exactly led up to the fatal shooting, although rumors – as well as conspiracy theories – abound.

Altogether, eight people were arrested, including Bundy and his brother, who was treated and released for the non life-threatening gunshot wound he sustained. Those arrested are now facing felony charges for conspiring to impede federal officers from discharging their official duties through the use of force, intimidation or threats.

Bundy, the son of Nevada rancher Cliven Bundy, who was engaged in a standoff with federal officials back in 2014 over grazing rights, remains behind bars, but through his attorney, Mike Arnold, delivered a message to those still remaining at the refuge, which is currently surrounded by the FBI and Oregon State Police.

A candlelight memorial was held for Finicum, a 54-year-old father of 11, in Burns Wednesday night.

Cliven Bundy spoke with the Las Vegas Review-Journal after the incident, which he said “will be a wakeup call to America.”

“This is a total disaster to be happening in America where we have, I’m guessing, federal people killing innocent people,” Bundy added. “I’ll tell you one thing, my sons and those who were there were there to do good. No harm was intended. They would never threaten anybody.”

Bundy said his son and the others were only there to education people about the Constitution and government overreach.