Bloomberg group in for nearly $3 million on Nevada ballot campaign 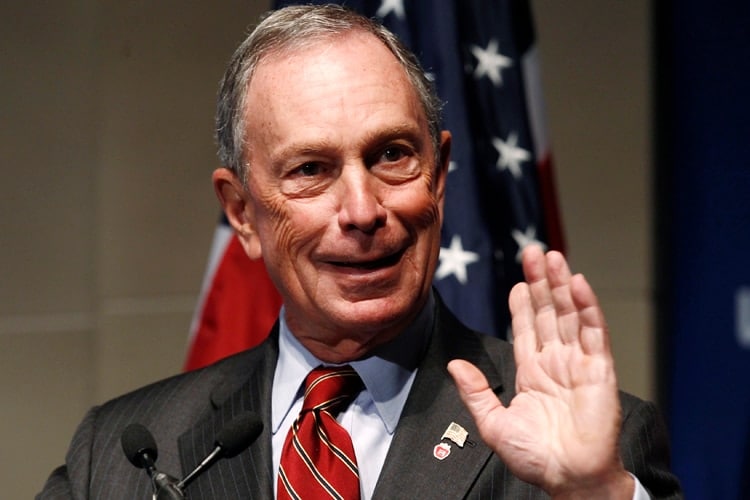 Michael Bloomberg is putting his money where his mouth is in regards to enacting background check ballot initiatives. (Photo: Kevin Lamarque/Reuters)

In a move to bring universal background checks to most gun transfers in the state, Everytown has dropped some serious coin in Nevada.

Soon after the win by gun control advocates for a similar measure in Washington state–largely bankrolled by former New York City Mayor Michael Bloomberg’s Everytown for Gun Safety group along with a handful of billionaire donors– they vowed to take their show on the road to Nevada.

This led to the group collecting and submitting over a quarter million signatures for an 8-page ballot initiative to require any person without a Federal Firearms License, not selling or transferring a gun to another unlicensed dealer, obtain a background check through an FFL holder. Violations would be counted as a gross misdemeanor, which in Nevada carries a penalty of up to one-year imprisonment, or a fine of up to $2,000, or both, following a jury trial.

Napster co-founder and former Facebook president Sean Parker ponied up $250,000 for the Bloomberg-backed gun control push last January just after billionaire casino mogul Elaine Wynn was named chair to the advisory board of Nevadans for Background Checks, the group officially at the head of the effort.

Since then the organization has been busy raising money to push the issue with likely voters.

This has included some $2.9 million from Everytown, who has provided the lion’s share of the $3.6 million raised by the effort so far as reported this week by the Las Vegas Sun. The balance was made up by 1,200 smaller donors who contributed less than $500, donations from casinos tied in large part to Wynn, and a $150,000 infusion from Washington venture capitalist Nick Hanauer who likewise gave big to the Bloomberg campaign in that state in 2014.

Another state under the cross hairs of the Bloomberg group, Maine, saw as many as 200 professional canvassers hired by a Washington D.C. contractor promising up to $625 a week for their efforts in garnering signatures for a ballot measure there.

This figure has far outstripped what gun rights groups have brought to the fight with the National Rifle Association donating $43,000 to NRA Nevadans for Freedom while providing leverage to the movement in opposition, including funding a Snapchat campaign which aired during the GOP Presidential debate held in Las Vegas last month.

However the Bloomberg coalition also has the tacit support of other groups such as the Center for American Progress which released a study on Thursday which concluded Nevada’s gun death rates are among the worst in the nation and pointed towards a background check for every gun sale as a way to help bring the numbers in line with the rest of the country.