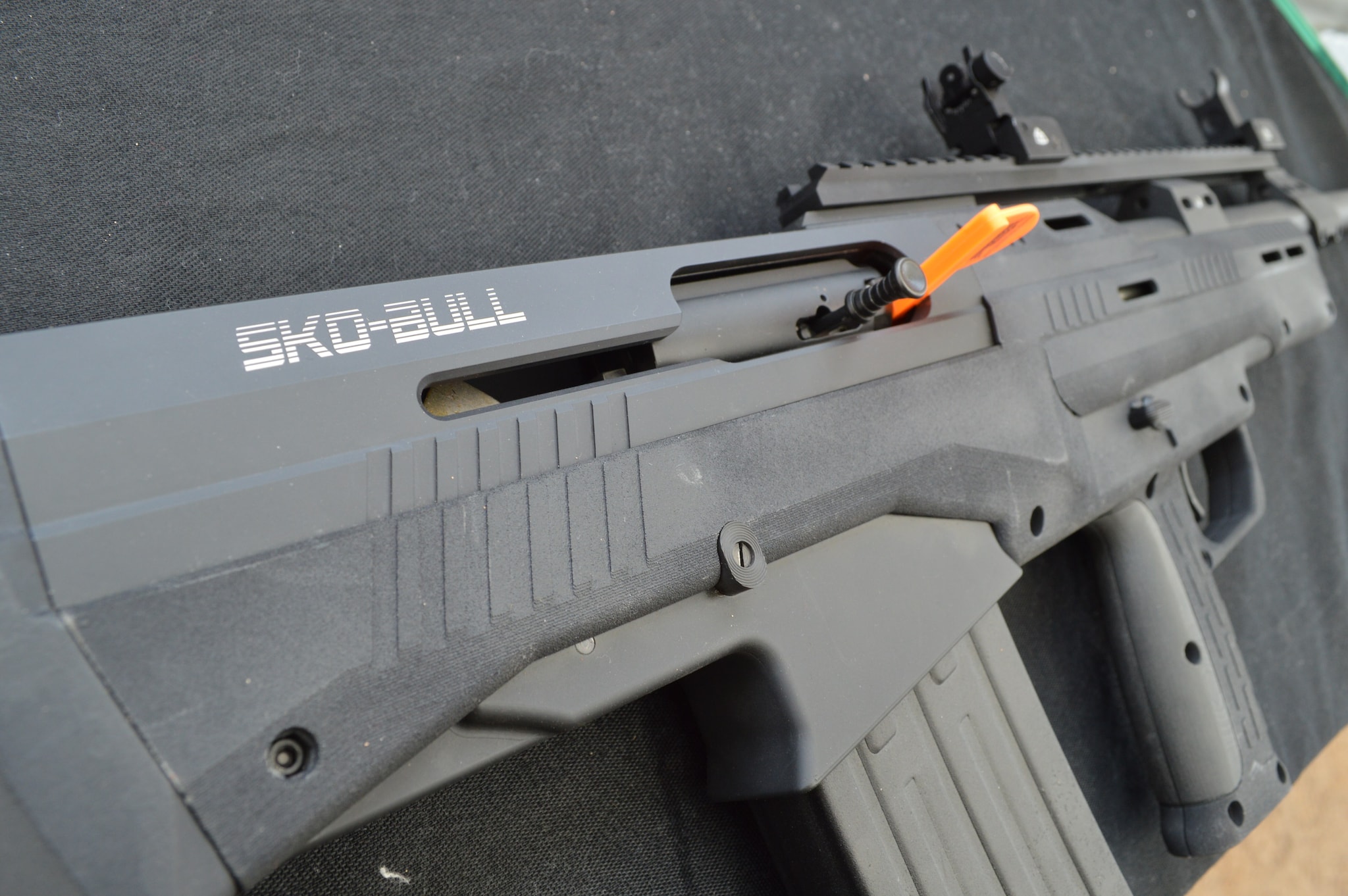 A pair of new shotguns have been announced from Standard Mfg/Connecticut Shotgun of recent DP-12 fame. The industry’s only double-barreled pump will now have more solid company as the organization positions itself towards the top of the specialty shotgun market with a combination of quality, customer service, and improving price points. 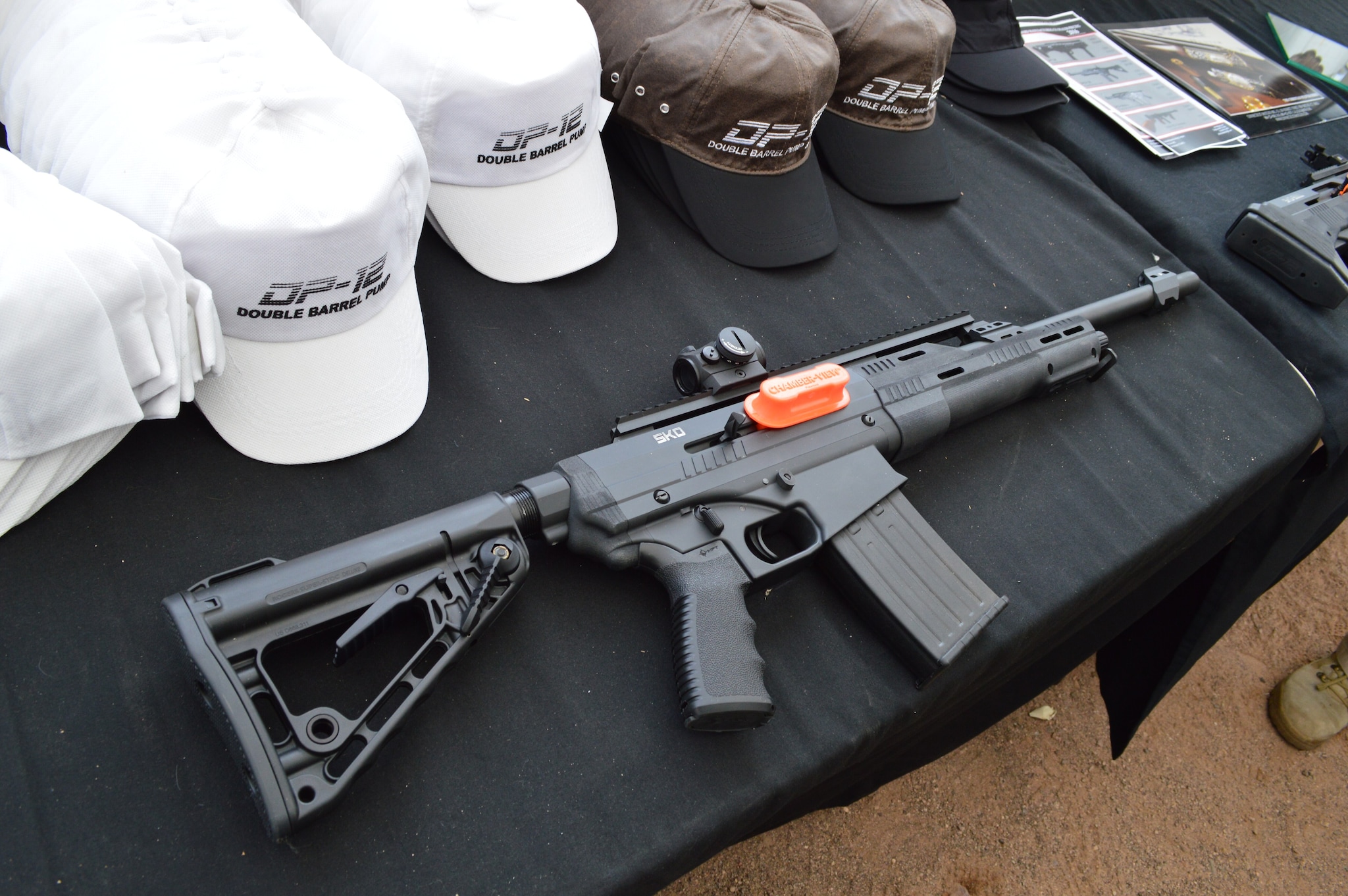 The SKO-12 will be introduced first, in late spring 2016. (Photo: Kristin Alberts)

At Industry Day on the Range, Standard Mfg announced the arrival of the SKO-12 and SKO-BULL, both heavy-duty semi-auto tactical shotguns. A full length shotgun with a detachable mag in three different capacity options, Picatinny top rail, interchangeable chokes, and a six-position buttstock, the SKO-12 looks like an overbuilt AR-turned-12-gauge. The SKO-12 will release first in the next three months with a retail price of $999. 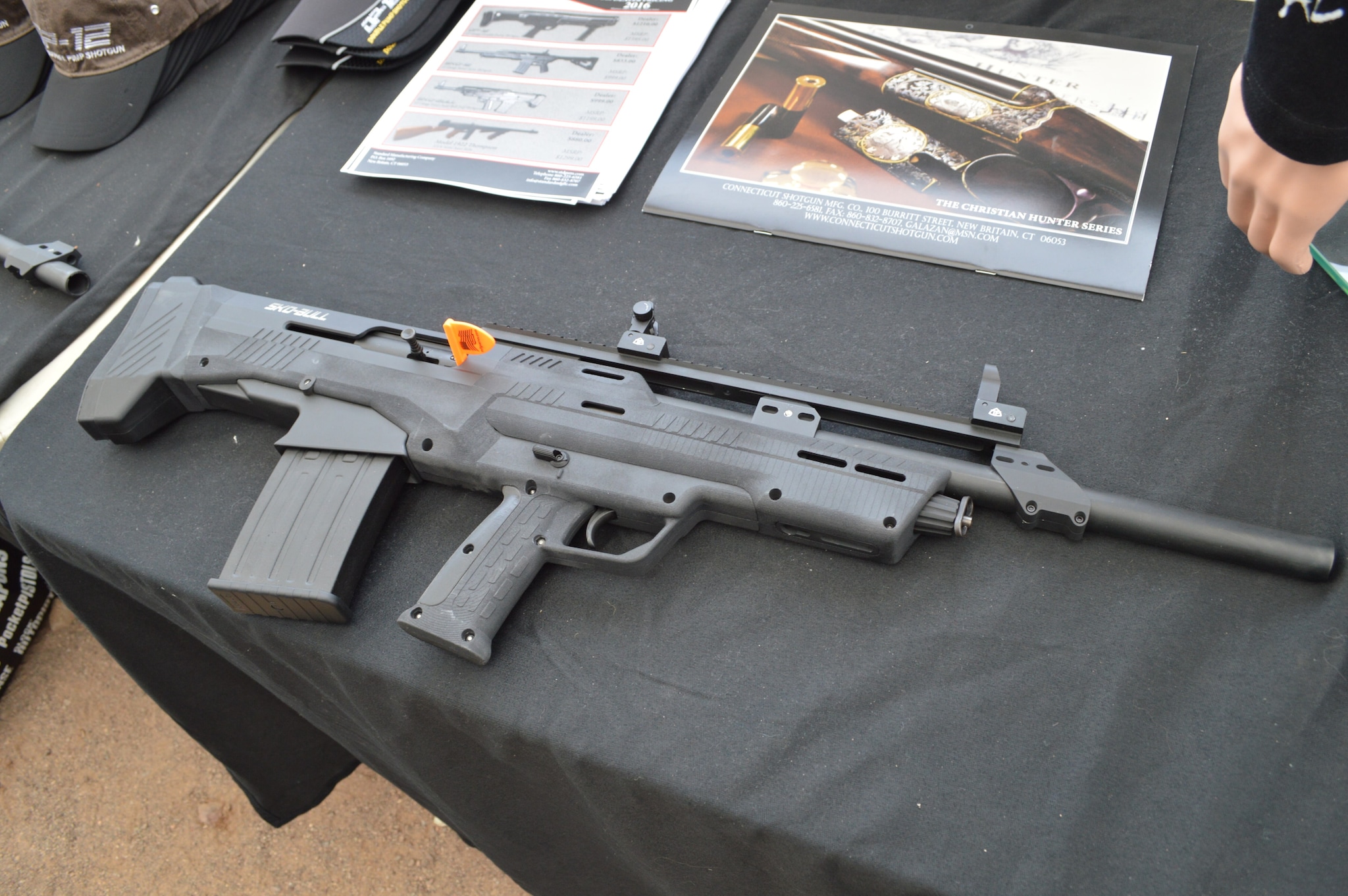 The SKO-BULL is one hulk of a semi-auto bullpup. (Photo: Kristin Alberts)

The SKO-BULL will follow in later 2016 with an MSRP of $1199. The SKO-BULL is just as it sounds, a short, hulky bullpup design with the magwell and action situated just behind the pistol grip.  The shorty sports the same spring-loaded rear stock design as the DP-12, a feature which really helps minimize felt recoil.

I’ve had the pleasure of spending six months with the DP-12, and if the SKO-12 and SKO-BULL are built anything like the DP-12, the tactical shotgun market is in for a treat. Watch for the release of these guns in 2016.