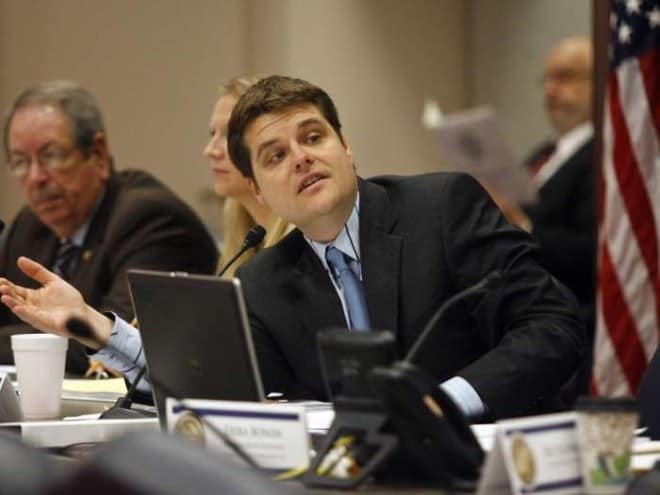 Despite vehement opposition from Democrats and static from law enforcement lobby groups, a measure to bring open carry to the Sunshine State is on its way to the House floor.

The proposal, introduced last September, had no problem with passage by the House Criminal Justice Committee in October but had to claw through the Justice Appropriations Subcommittee the following month, in the end passing by a 7-6 vote. This paved the way for a contentious hearing that ran over two hours on Thursday in the House Judiciary Committee before the bill carried the day in a 12-4 vote, which included one Democrat, on its last stop before heading to the lawmakers of the body as a whole.

Law enforcement lobby groups, to include the Florida Sheriffs Association, have opposed the measure but after negotiating with the Florida Police Chiefs Association, it passed commitee after a provision to mandate handguns openly carried are contained in a holster. An amendment backed by the FSA to gut the bill and allow only for accidental firearms exposures by those carrying concealed was defeated.

Some contend open carry would have a negative effect on tourism in the state, home to numerous beach getaways and amusement parks.

“One hundred million tourists visit Florida each year,” said the League of Women Voters’ Patricia Brigham. “What will the economic impact be when visitors see men and women walking down International Drive in Orlando or along Tampa’s Riverwalk with guns in their hands or their waistbands? Is this the kind of message that we want to send to our visitors – that people aren’t safe without exhibiting firearms in our state?”

Gun rights advocates in the state argued the bill is needed to avoid past incidents where those with permits faced charges from law enforcement after their handgun became inadvertently visible.

“Today’s vote on the open carry bill was a big victory for gunowners,” Marion Hammer, executive director of the Unified Sportsmen of Florida and past president of the National Rifle Association, told Guns.com. “Rep. Matt Gaetz, the sponsor of the House bill, has put together a strong coalition of supporters who carried the day.”

The bill now heads to the House floor where, given a strong GOP majority it is expected to pass. The companion Senate version is slated for consideration by that chamber’s Judiciary committee in coming days.

Should it pass and head to Gov. Scott for signature, Florida will become the 46th state to have a provision for open carry.