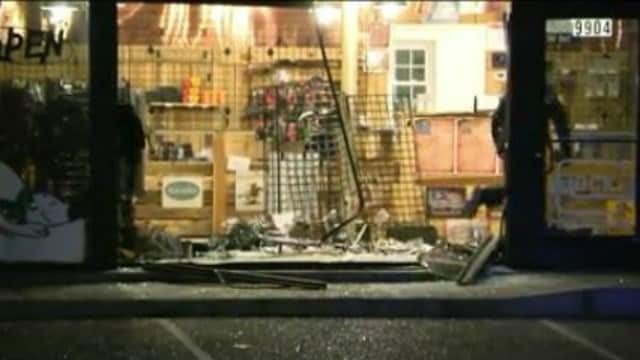 The front of nRange after the robbery.

The feds teaming with a national gun group are offering $5,000 for information that leads to an arrest of those responsible for burglarizing a Tennessee gun store.

nRange, a gun store located in Mt. Juliet, was burgled on Jan. 6, when at least four men crashed a car into the front window.

After loading up the guns into their vehicle, they drove to another town to dump the guns in a different car and proceeded to drive off in that car. A total of 11 firearms were reported stolen.

However, later that day, Mt. Juliet police stopped the second car and the suspects quickly fled into the nearby woods. One of the suspects was apprehended though.

The Bureau of Alcohol, Tobacco, Firearms and Explosives and the National Shooting Sports Foundation announced the reward on Jan. 27.