Cedar Rapids man convicted of stealing gun from behind counter 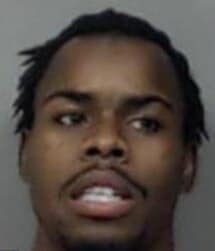 The best picture we could find of 22-year-old Dante Glinn. (Photo: KCRG)

A Cedar Rapids man who was accused of reaching behind a gun counter and stealing a pistol was convicted in federal court, the Justice Department said last week.

Dante Glinn, 22, was convicted of theft of a firearm from a licensed dealer after a two-day trial in a Cedar Rapids federal court. The jury deliberated for four hours before returning the verdict.

During the trial, prosecutors said that on Aug. 25, 2015, Glinn walked into a Cedar Rapids gun store, Sports Outfitters, reached behind the counter and stole a .45-caliber Kimber pistol before fleeing the scene.

Glinn faces up to 10 years in prison and a $250,000 fine. He remains in the custody of the U.S. Marshals Service pending sentencing.